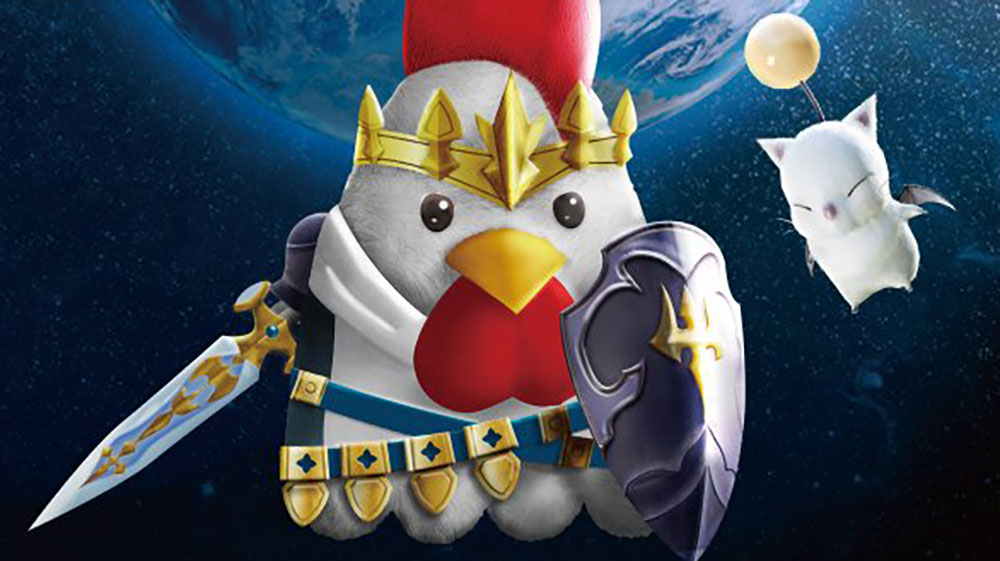 Square Enix is hosting a 14-hour-long livestream to celebrate Final Fantasy XIV, and a couple of interesting collaborations have been announced.

First of all, Japanese convenience store chain Lawson will get another chance at creating the game’s official Karaage Kun fried chicken.

The delicious (I’m assuming, but the original flavor was good) nuggets will come in a special “Light and Dark Crystal Flavor.” It’ll actually include two flavored layers, one will taste like dark petter, and the second will be flavored with light tartar sauce.

Of course, the flavor has been better by the Final Fantasy XIV team.

For something a bit more traditional, the game is also getting a duo of traditional-like Daruma Dolls crafted by the prestigious Yoshida Daruma Company that has been creating them for over a century.

Pre-orders in Japan will be limited, as the daruma will be hand-painted. No info was promised about an (unlikely) western release. The price will be 3,500 yen (approximately $32).

The product will be delivered with blank eyes, as you’re traditionally supposed to paint your own.

You can check out both products in the gallery.

Incidentally, the new Final Fantasy XIV expansion Endwalker will release on November 23, 2021, for PS5, PS4, and PC. A benchmark will be released tomorrow for PC, including the male viera character creation.