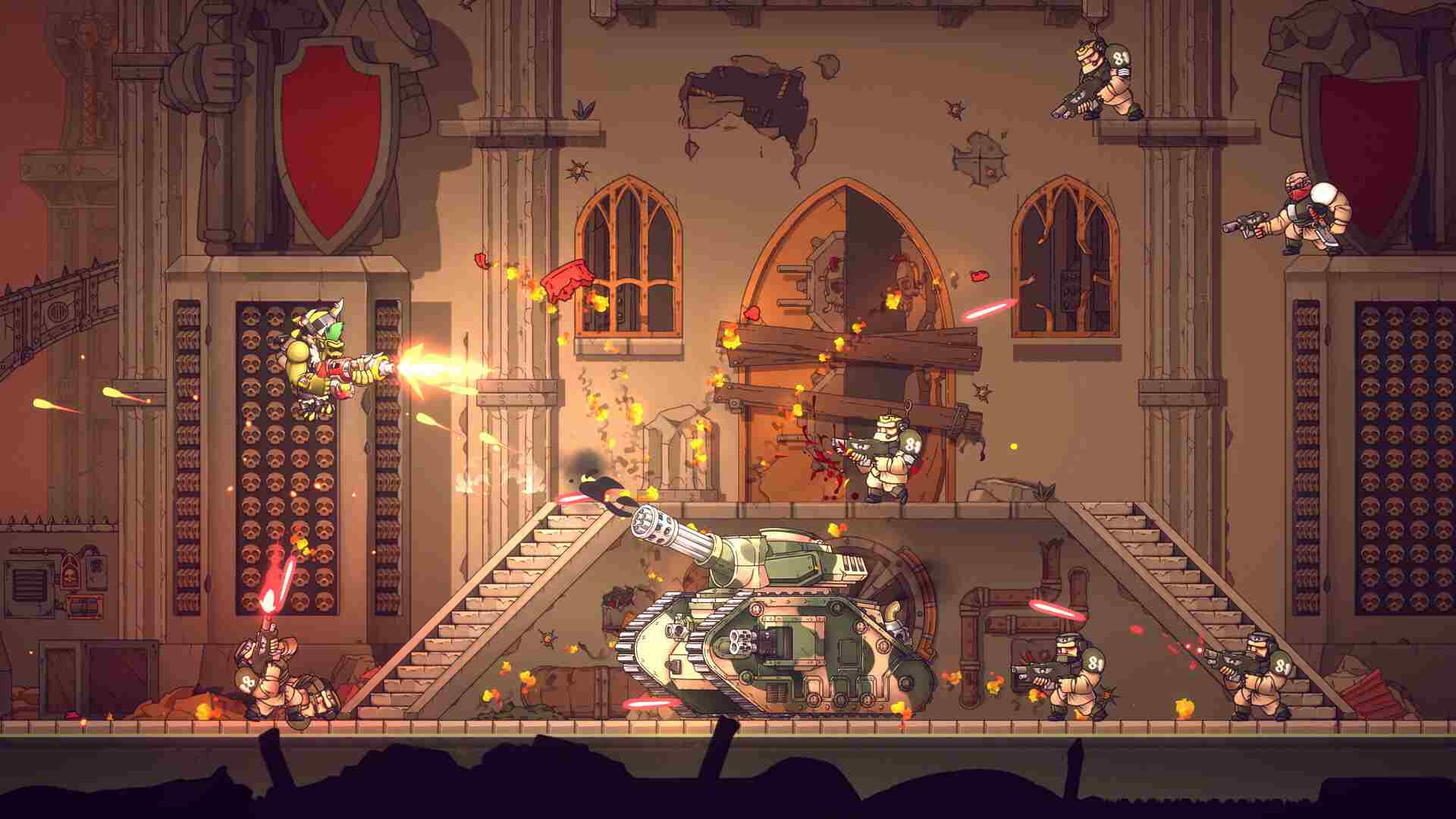 The developers behind the over-the-top run & gun gangster game Guns, Gore & Cannoli are officially trying their hand at adapting the Warhammer series into 2D. This announcement took place during the Warhammer Skulls Livestream, showing off a trailer for the upcoming game, titled Warhammer 40,000: Shootas, Blood & Teef, which will be a 2D run & gun platformer.

In the video below, you can see how the series translates into the 2D style, showing off what it will be like when players spearhead an Ork invasion to destroy the hive city and kill your warboss.

The page also revealed that players will be able to team up with friends to take on the forces of Astra Militarum, the Genestealer Cults and the Space Marines together. It also seems you’ll be able to compete against one another in PvP as well.

While there isn’t an exact release date yet, Warhammer 40,000: Shootas, Blood & Teef has been confirmed for PC, PlayStation 4, PlayStation 5, Xbox One, Xbox Series X, and Switch. For other news on the franchise, be sure to check out our articles about Warhammer 40,000: Chaos Gate and Total War: Warhammer III, and Warhammer: Vermintide 2.