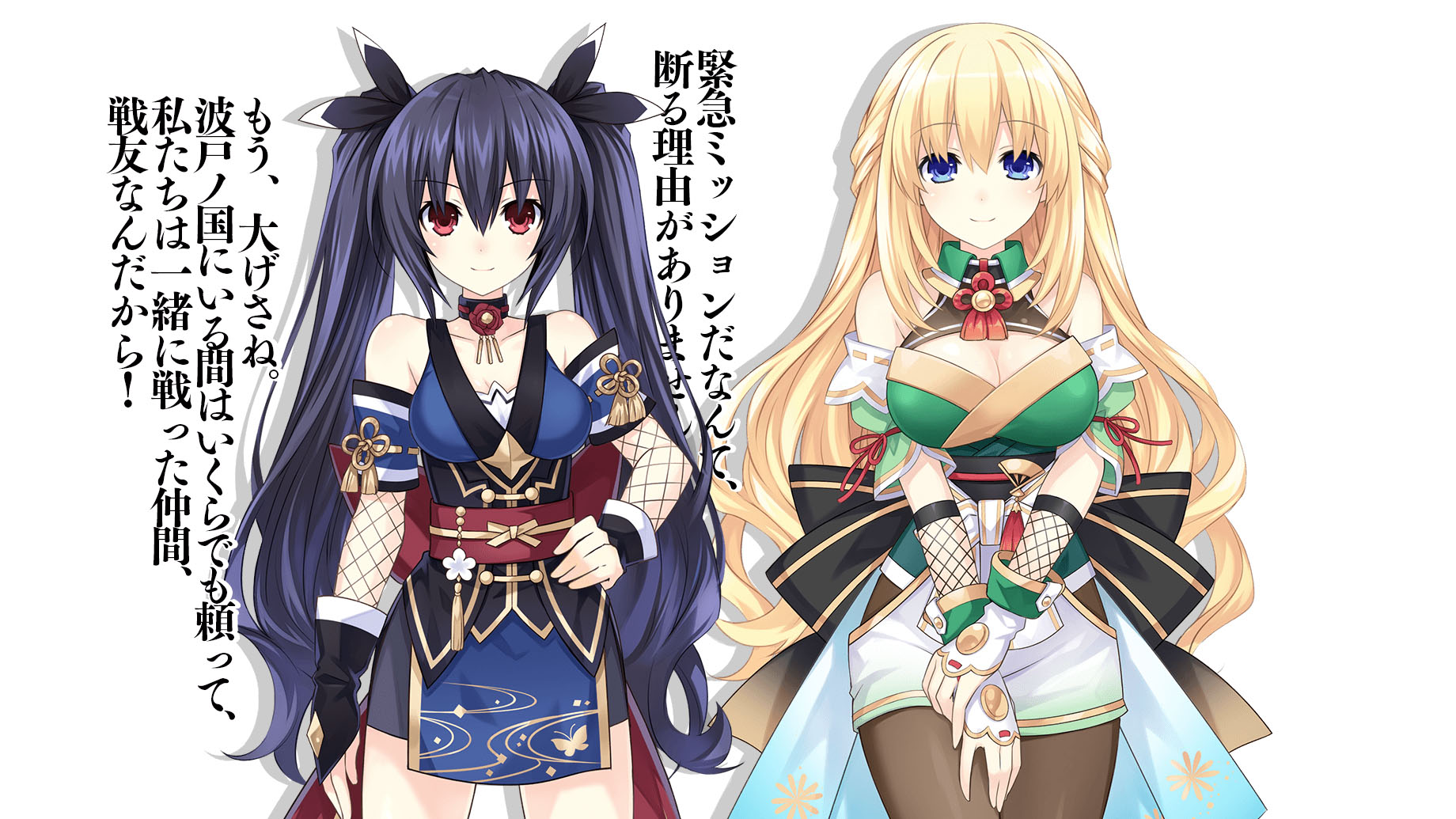 The trailer provides a look at the goddesses from Hyperdimension Neptunia in action, while we get the introducition of a few characters. These include the human forms of Neptune, Noir, Blanc, and Vert, on top of another look at the guest character Goh “The Crow” from Aquire’s 2005 ninja game Shinobido: Way of the Ninja and the leaders of the Steam Legion, You=Geima and Tekko. Among those only Goh is marked as playable.

We also take a look at gameplay and we learn about the game’s mechanics.

Ninjutsu skills can be activated by using the power gauge and the screen slows down, letting you select your skill calmly. You can assign different skills to the face buttons. If you chain Ninjutsu skills you can cause a “Ninjutsu Trigger” that will amplify their effects. You can connect up to four skills.

When the EX gauge is full you can activate the Shinobi Extreme skills triggering a flashy cutscene and a lot of damage.

You can activate “Furinkazan Drive” at any time and its effect will have a certain duration and will be associated to the elements (Fire, Water, Earth, and Wind). You can use it only a limited times per dungeon.

Ninjas can use shuriken and kunai to attack at long range and they can be chained into combos. Shuriken specialize in damage, while kunai specialize in causing abnormal status effects.

For each dungeon you can select a leader and a partner for a total of two characters. If you switch between them during a combo, the newcomer will attack right away.

While exploring a dungeon you can encounter barriers that will trigger a “Barrier Battle.” You need to defeat all the enemies that appear to break the barrier and continue.

Last, but not least, boss battles will display HP and Break gauges at the top of the screen. When the Break gauge fills up, the boss will be be in a “break state” and will be incapacitated for a few moments, on top of being more vulnerable to damage.

Attacking a boss from behind doesn’t just cause more damage, but also makes the Break gauge grow faster.

We also learn that the opening theme song “Utae Odore, Otome wa Tsuyoshi” (“Sing and dance, the maiden is strong”) is performed by Asaka, while the ending song “SING・LA・BANG・SHOW!” is performed by Iketeru Hearts.

The title translates into into Senran Nin Nin Ninja Great War Neptunia: The Girls’ Shine. If you want to see more, you can enjoy the previous trailer and screenshots and the initial announcement.