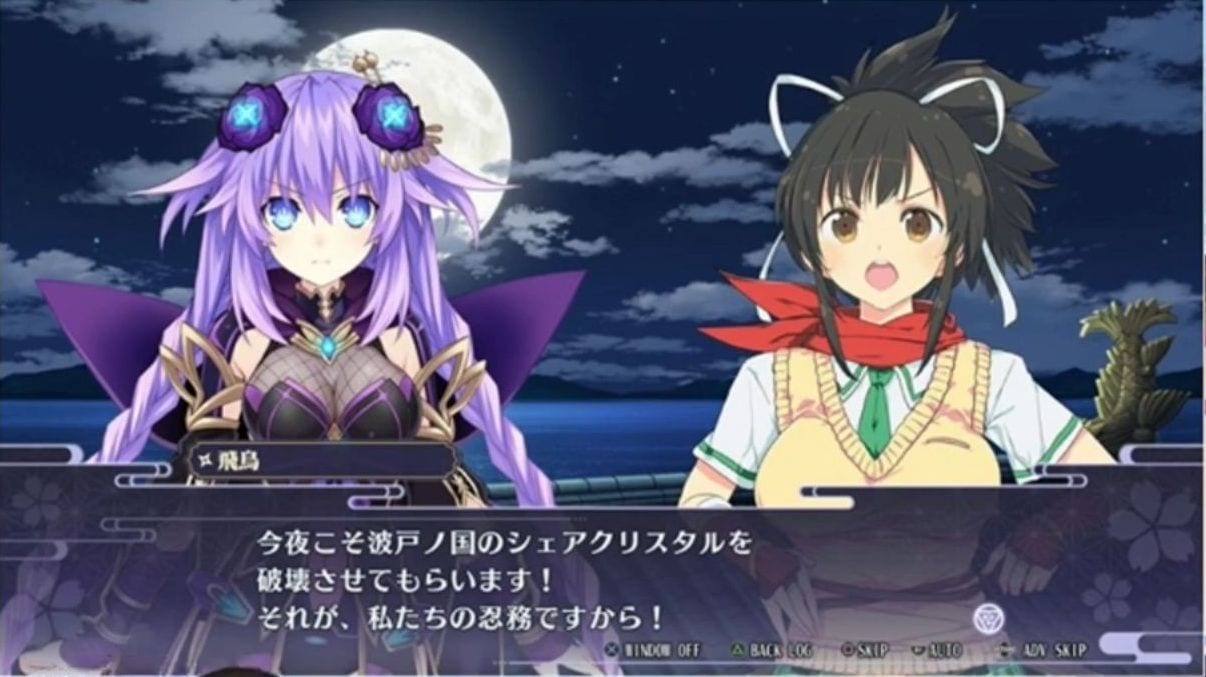 It translates into Senran Nin Nin Ninja Great War Neptunia: The Girls’ Shine. As you may have guessed, it’s a crossover between Marvelous’ Senran Kagura series and Compile Heart’s own Hypedimension Neptunia series.

It’s an action-JRPG featuring both 3D and 2D gameplay developed by Tamsoft and published by Compile Heart coming in 2021 (at least in Japan) exclusively for PS4.

Incidentally, this is the game teased as “Game e Ninja Neptune” all the way back in March 2019, two years ago.

A brand new protagonist named Yuki will also be introduced, voiced by Miku Itou, who previously voiced Kokoro Tsurumaki in BanG Dream! and Miku Nakano in The Quintessential Quintuplets.

The story is about a conflict among two ninja clans (obviously represented by the Neptunia and Senran Kagura girls), with a third clan of cyborg ninja coming to crash the party and attacking both camps. This marks the beginning of the great ninja war that will crown the strongest ninja school in the world.

Interestingly, a minigame featuring hot springs and peaches will be featured.

Below you can see the first trailer, the first gameplay, and a few presentation slides including screenshots.

More information will be shared on Weekly Famitsu on April 8, 2021.