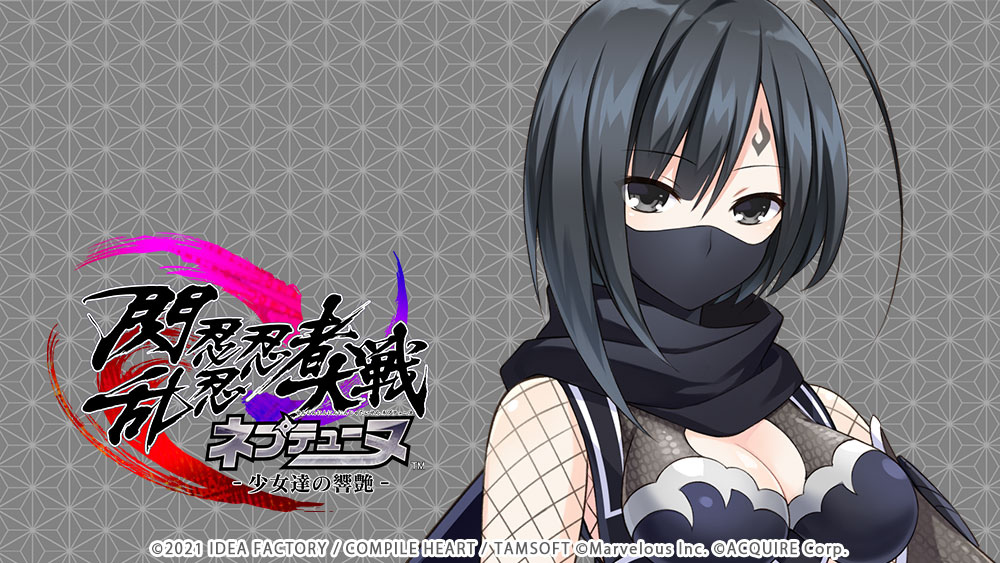 Today they announced another character that will appear in the game, and it’s a familiar one. Yet, he comes from a completely different series.

Did I Say “he?” actually it’s “she” because the game is getting Goh “The Crow” fom Aquire’s 2005 ninja game Shinobido: Way of the Ninja, but it’s the genderbent version. Unsurprisingly, they turned the stern Asuka ninja into a waifu.

If you don’t believe me, you can see her introduction in the trailer below.

You thought Senran Kagura and Hyperdimension Neptunia was all we were getting? Well… Think again.

The title translates into into Senran Nin Nin Ninja Great War Neptunia: The Girls’ Shine. If you want to see more, you can enjoy the previous trailer and screenshots and the initial announcement.