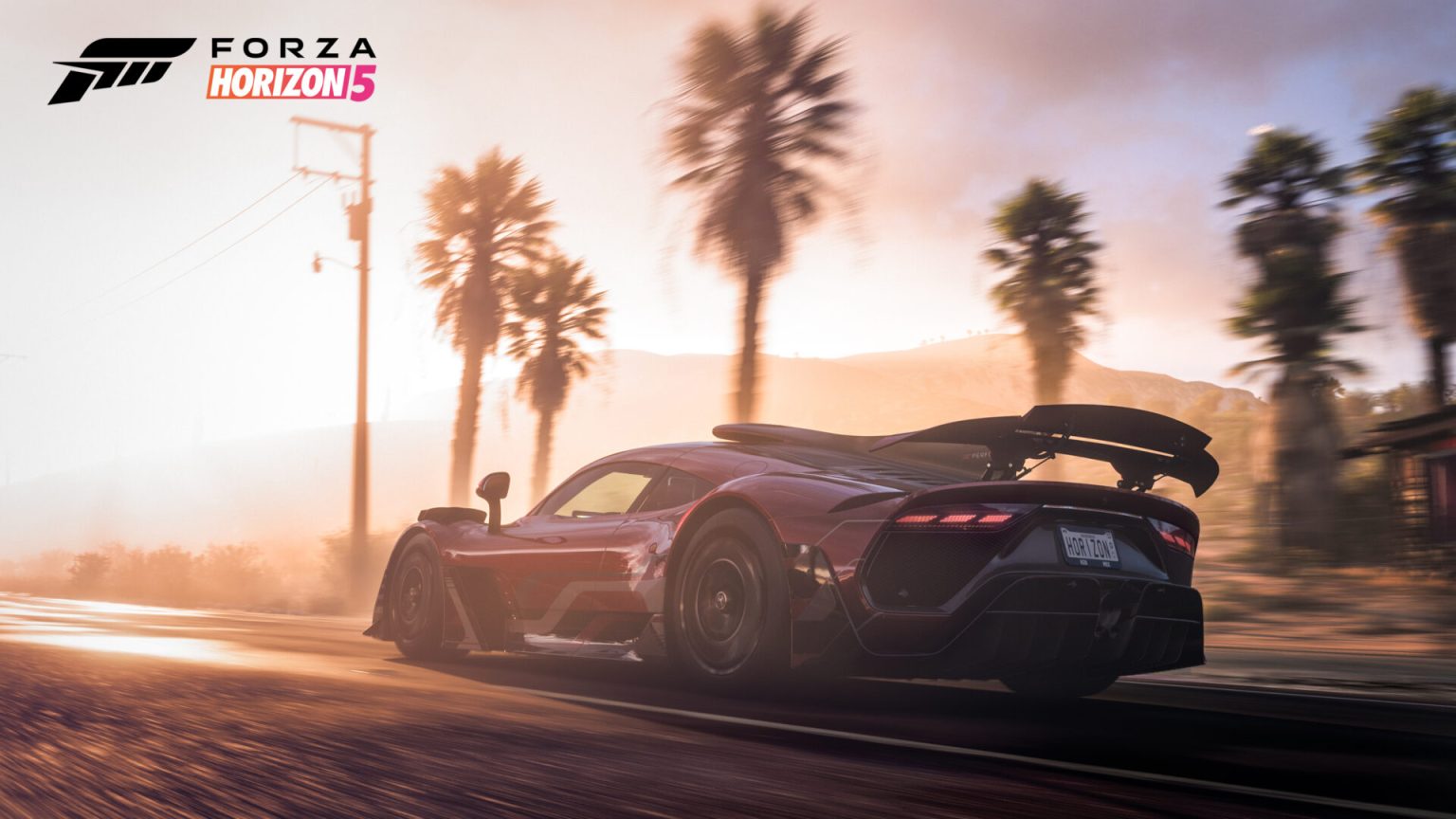 Earlier today, a livestream on the Forza YouTube channel went in-depth with the Forza Horizon 5 Creative Director, Mike Brown, and Associate Art Director, Conar Cross. This comes right after the big announcement of the game itself in yesterday’s Bethesda & Xbox Presentation.

Right off the bat, Brown and Cross talked about how Forza Horizon 5 is going to feature the biggest open world ever featured in a Forza Horizon game. However, the two didn’t go into detail on exactly how big it will be.

After that, they replayed the trailer shown off yesterday which you can check out right here.

Brown talked a little bit about the very early planning process, “Right from the start we knew we wanted to make the biggest horizon ever.” And pretty early on they settled on the setting, “Mexico is a country that is like a whole world in one country.”

The reason why explained it that way is that this area of Mexico has sweltering beaches, snowy mountains, boiling volcanoes, several types of deserts, a city with very vibrant architecture, and so much more. There’s plenty of inspiration there for the developers to make a truly beautiful world to drive around.

And the logical progression is just making everything look more realistic. And as Cross put it, “Ray tracing is … the next step to photorealism.” He also mentioned that every ray traced reflection will be a one-to-one representation of the original object with no decreased pixel counts or blurred textures.

Continuing on, the host mentioned that the desert gameplay looked much lusher than expected from a desert. Cross explained that they were driving through what is known as a baja desert which is filled with greenery and colorful flowers during the rainy season.

He even mentioned that the cacti in the game have an average of 42,000 needles per plant. But each one was crafted individually and there are multiple species of cacti, so the true counts may differ a bit from that estimation.

But what truly makes the game feel true-to-life is the implementation of photogrammetry. This method of obtaining assets is done by going out into the real world and capturing hundreds or even thousands of images of individual objects in order to get the most realistic-looking textures possible.

This method is used on just about every object you can see in Forza Horizon 5. Everything from the rocks, to the roads, and even the treacherous volcanoes were created using photogrammetry.

Moving on, Brown detailed a few new game modes as well as the addition of Forza Link. This new feature in Forza Horizon 5 essentially tracks your progress along with the progress of everyone else playing the game.

The idea behind Forza Link is that it will make matchmaking for certain races or games easier by automatically finding other players who enjoy the same modes as you or who haven’t completed the same things as you. Forza Link will then ask you and the other players if they want to do a specific event and you can all jump right into it even if you don’t have any method of direct communication with the other players.

Next up, Brown dug into some details on the brand-new Horizon Arcade. He described it as, “A suite of really really fun, engaging mini-games you all play in a collaborative or cooperative way.” One of the mini-games that were shown off was Piñata Pop. In this game, all you have to do is drive around and smash as many piñatas as you can.

Another game was mentioned but not shown off which is titled mini-missions. Brown said, “It’s a little bit like Simon Says.” Essentially, you’ll start the mini-mission and it’ll give you a task like jump over another car, and then you’ll have to cooperate with other players in order to complete the mission.

Similarly, Event Labs will feature other wacky games, but most of them will be created by the players in Forza Horizon 5. Pin Knockout is an Event Lab creation from someone on the development team where you get 5000 points for knocking down bowling pins with your vehicle on an enclosed map. And these games can either be set up in team or free-for-all formats.

To close out the stream, they jumped into a Q&A session with questions sent in by fans of the Forza Horizon franchise.

This segment gave us a bit more information about the main city where Forza Horizon 5 will take place. Guanajuato, Mexico, is a very colorful city above ground and below the twisting main roads, there are wildly winding aqueducts.

At this point, Brown mentioned an observation he had about Forza Horizon 5 and past games in the franchise, “As we’re building horizon games you find that if the city existed before cars it tends to be really really good for driving.” He elaborated, “Modren cities are all grid-based which don’t make for the best driving experience.”

Fortunately, both Cross and Brown were beaming about the twisting and turning roads that sprawl all across the city of Guanajuato. But besides those roads through the city, there will be a large highway spanning from one corner of the map all the way to the other. Neither one of them had yet measured the time to drive from one corner to the other yet, but it should at least connect all of the smaller areas together in order to make navigation more straightforward.

One of the Q&A questions specifically asked about what elements of Mexican car culture will be included in the game. But Cross and brown weren’t yet ready to go into detail on what will be included as it pertains to Mexican culture. However, they assured that there will be plenty of details about the nation’s specific connection with automobiles.

It was also revealed that there will be multiple drag races all around the new map and one that even goes straight through the main festival site.

Speaking of which, Forza Horizon 5 will feature multiple festival sites all around the world map. But the main one will be centered around an old race track in the city of Guanajuato.

Next, the Q&A segment got to the topic of the game’s weather. We learned that there will be different types of weather across all areas of the map. That means if it’s raining in the southeast, that you could escape the rain by driving to another area of the map.

But that won’t always be the case since storms will move across the map. But at least that will let players do a bit of amateur storm chasing. From sandstorms to tropical storms and blizzards at the peak of a volcano to sweltering heat at the beach, there are going to be plenty of different types of weather to experience in Forza Horizon 5.

And if you’re not a great driver and you hit a slippery road, then a cactus just might not completely stop your momentum like a tree would. Some plants like cacti will be able to be destroyed if you run into them while driving fast enough.

Besides the flora, the fauna will be abundant as well. So far they have confirmed that flamingoes, wild dogs, donkeys, goats, and parrots will be scattered about the roads in Forza Horizon 5.

Finally, the Q&A section came to a close with a question about what new customizations will be coming to the game. For your vehicles, there will be over 100 new rims, over 100 new visual upgrades, thousands of performance upgrades, you’ll finally be able to paint brake calipers. As for the driver, there will be more hairstyles and hair colors, prosthetic limbs, pronouns, and more voices to choose from than in past games.

Forza Horizon 5 releases on Nov 9 on Game Pass, Xbox One, Xbox Series X|S, and PC via Windows Store and Steam. Down below, you can check out the video of the official stream that aired earlier today on YouTube.