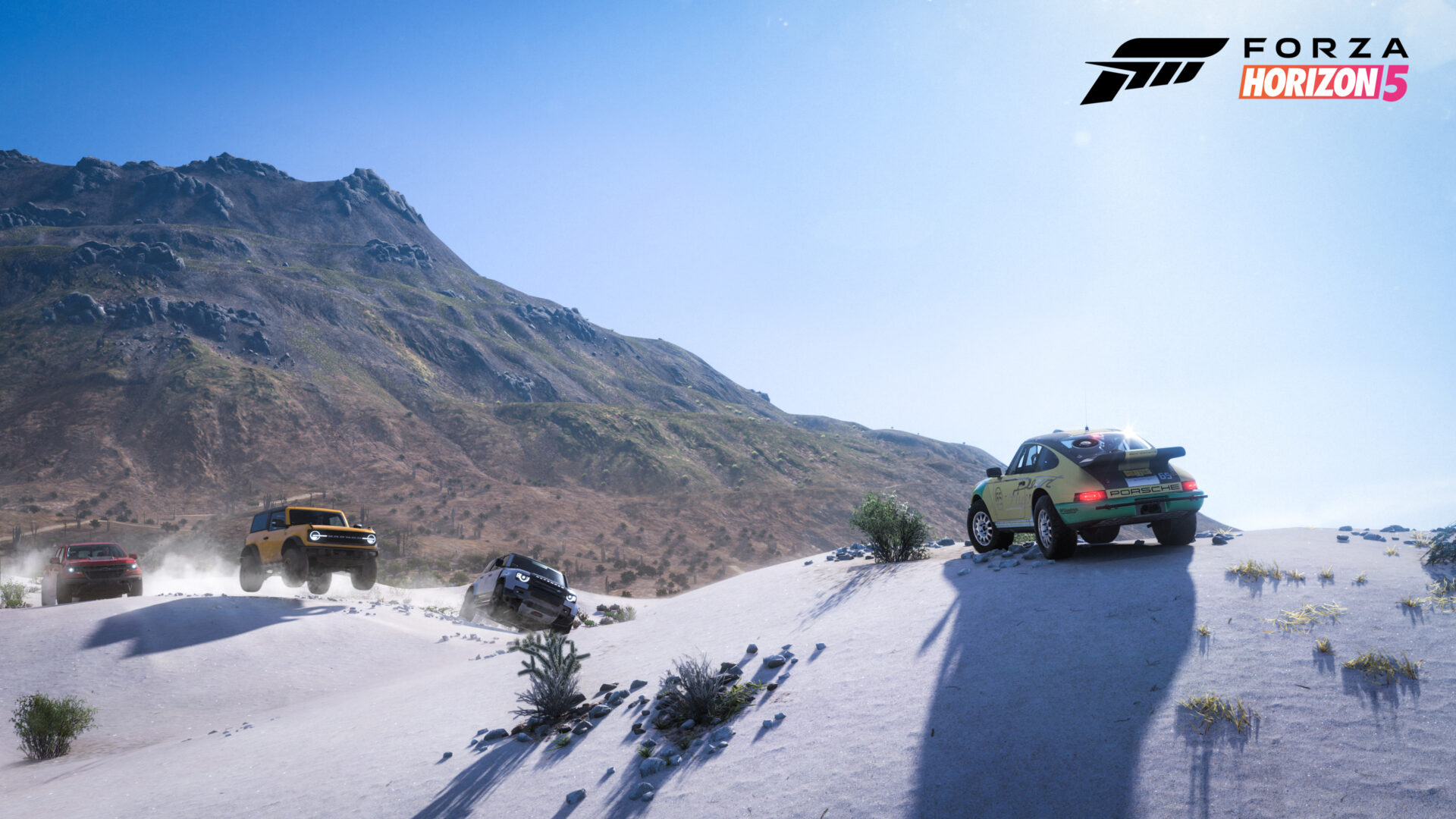 Microsoft and Playground Games have shared some more screenshots of the stunning, varied landscape of Forza Horizon 5‘s Mexico, and a closer look at some of the incredibly detailed vehicle models, too.

Included in the images are some dune buggies and monster trucks, the AMG Project ONE Forza Edition — Forza Horizon 5’s cover car — and even a look at the impressive Ray-Tracing lighting effects in the Forzavista mode. Check out all the sweet reflections in that shiny chrome!

The screenshots also give us some more examples of just how diverse the terrain of Mexico is. From speeding downhill in off-road vehicles, to drifting your way across barren stretches of desert in a Mitsubishi Evo and charging through shallow waters in a Jeep, Forza Horizon 5 features the “largest and most varied map in the series so far.”

One aspect the development team has been working on is its Mexican HDR sky captures, taken with a 12K camera to perfectly illuminate the world and replicate those deep blue skies to photorealistic levels. The game will run at 4K 30 FPS on Xbox Series X, (1080p 30 FPS on Series S), with an optional 60 FPS performance mode for those who prefer framerate over resolution.

You can watch the gameplay walkthrough with the development team below, or check out the reveal post on the official Forza Motorsport site for the full breakdown.

Forza Horizon 5 will release on Xbox Series X|S, Xbox One and PC on November 9. It will also come to Xbox Game Pass on the same day.