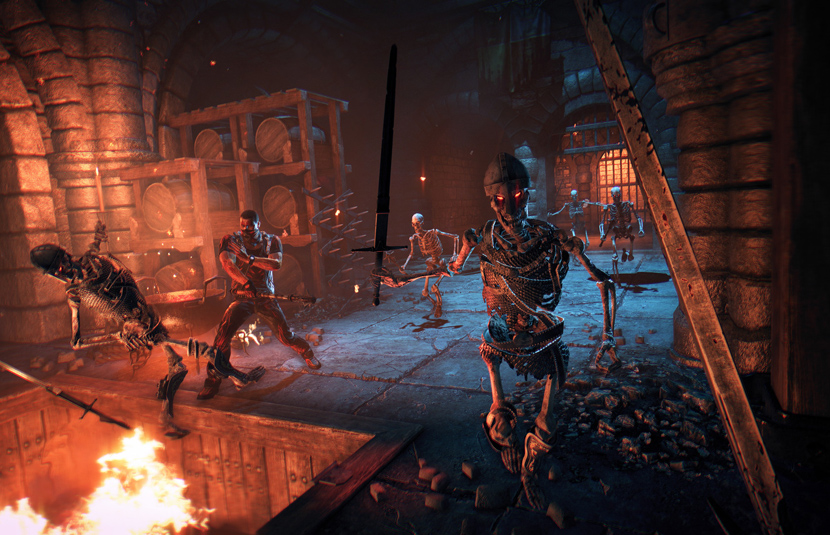 Developer Techland might be gearing up to launch the anticipated sequel title to Dying Light, but that doesn’t mean it’s finished supporting the original game. After the release of the Hellraid DLC earlier this year, a new content expansion is set to expand its scope even further with a new Story Mode, new areas, weapons, and a number of visual and technical enhancements to the dungeon-slasher experience. The update will be available for all platforms today.

The story sees players venture deep into the demon-infested bowels of Ba’al’s Temple to rescue Lucius, a mysterious and powerful mage from captivity. It is comprised of three new quests – Clavis Stone, Imprisoned and Beneath Seals, all available in co-op mode – new locations and a fearsome new shield-bearing skeleton enemy, that will require a fresh offensive strategy from players.

To assist them on their quest, players will be able to wield Hellraid’s first-ever ranged weapon, Corrupted Justice – an ornate and powerful bow, in addition to getting their hands on Bonecruncher – a heavyweight and formidable Two-Handed Hammer.

Story Mode will sit alongside the pre-existing Raid Mode, which will still be accessible after completing the new narrative prologue.