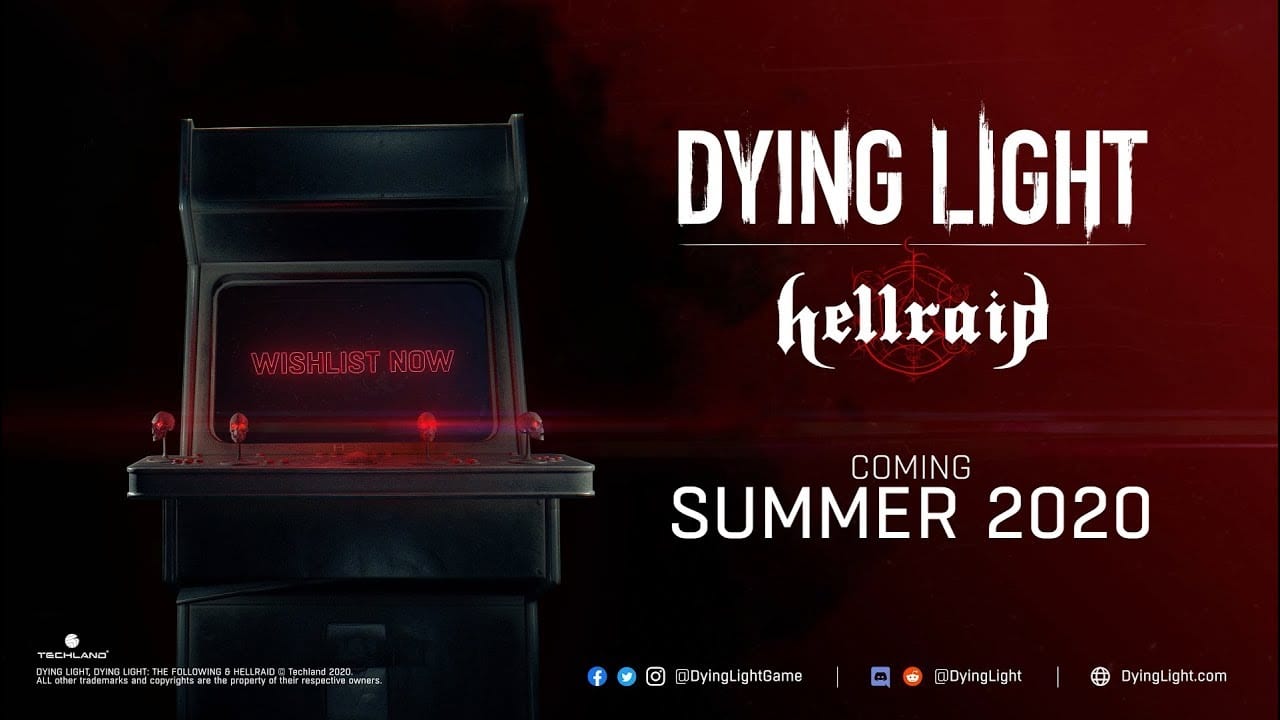 Fans of Dying Light have been eagerly awaiting news on the series’ superb-looking sequel after it was delayed earlier this year, but developer Techland still isn’t done supporting the original game. Today, a new paid DLC chapter called Hellraid was teased, with a launch window of later this summer locked in.

Hellraid isn’t typical of Dying Light’s previous DLC. Described as “fresh” experience, it features a single demonic dungeon full of monsters for players to hack and blast their way through with all manner of different weapons.

Techland tees up the DLC’s story premise as follows:

“It all started with an arcade machine survivors found in the Tower’s basement while investigating an odd power outage. None of them could remember seeing this strange device ever before. They moved it upstairs, unaware of its true nature.”

A new trailer published in tandem with today’s announcement provides a first look at the action, which you can watch below.

Today’s DLC news follows on from an Easter holiday event. Called The Harran Egg Hunt, it tasked players with exploring the zombie apocalypse to collect special Easter eggs, which were found in regular loot containers or by killing smaller zombies that are thematically dressed in white.