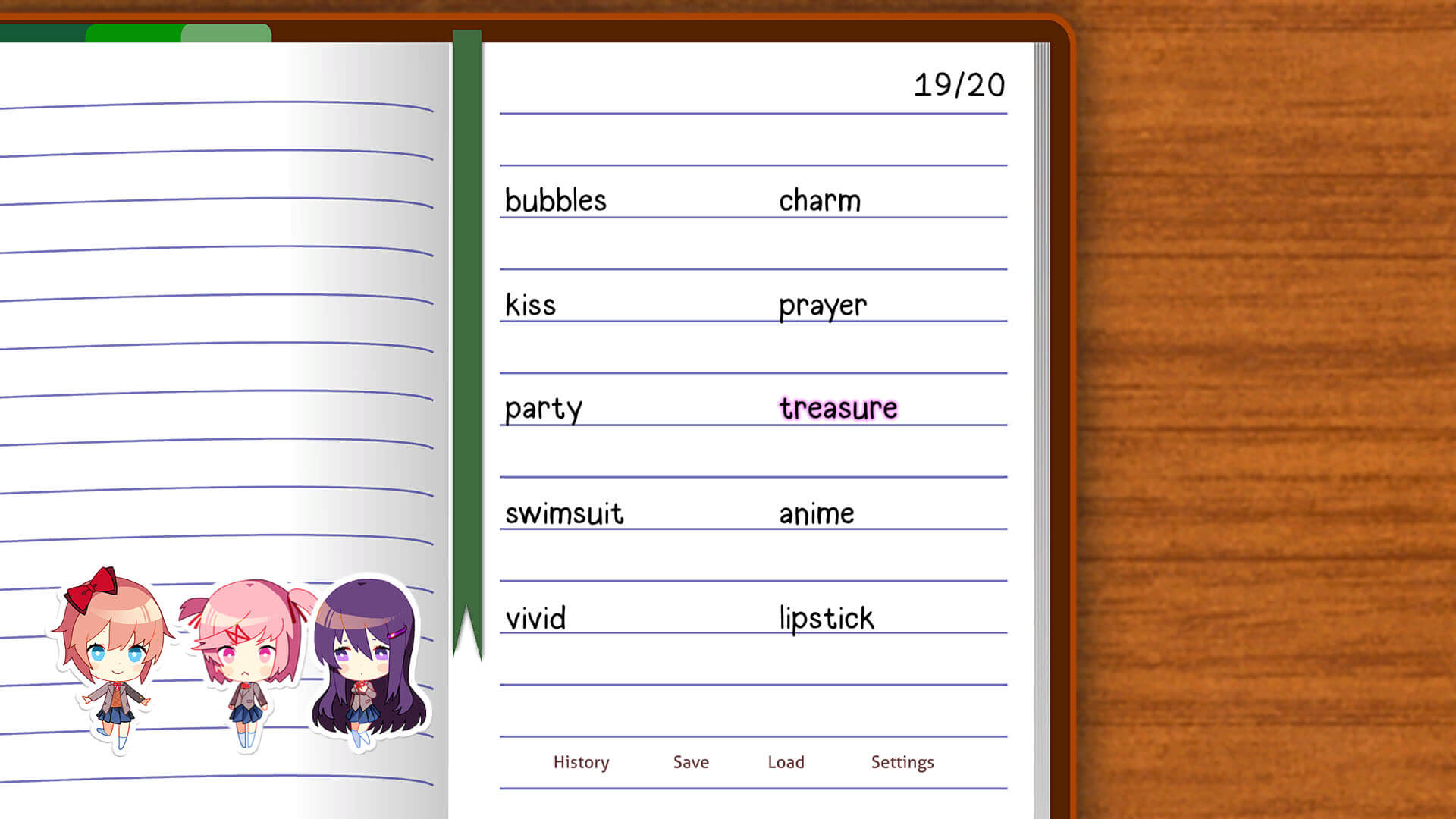 Doki Doki Literature Club is back in the form of DDLC Plus, an upgraded version of the original game with lots of new content and the same ol’ scares. Whether you’re a veteran of the series and know all of the tricks and secrets or a newcomer, saving your game is incredibly important for a number of different reasons beyond just the usual of, you know, saving your progress. Here’s what you need to know about how to save and load your game in DDLC Plus.

How to Save in DDLC Plus

Doki Doki Literature Club’s main campaign tasks you with playing as the MC, as he joins the Literature Club at his school after some prodding by his best friend Sayori. He meets three new girls – Monika, Natsuki, and Yuri – and most of the game is about trying to impress them through poetry. Some other stuff happens too, but who am I to ruin all the fun of this cute visual novel game?

To save in the new DDLC Plus version, you simply need to look to the bottom bar that is ever-present during dialog and tap Save. You can hit Save using the touch screen as well. Pick a save slot and boom, you’re done. The game also autosaves from time to time, but not constantly, so it’s good practice to make your own save states.

In fact, saving is a key part in getting the good ending in Doki Doki Literature Club. You can read about that here, but be warned: Spoilers for the entire game can be found there. We recommend playing through the game once before going for the good ending. Not only is that likely how Dan Salvato intended, but it’s also not a particularly hard game to blast through quickly especially once you can skip anyway.

How to Load in DDLC Plus

Loading while in-game is done the same way as saving. Simply hit the load button and pick the file that you want to load. It’s easy as that.

That’s all you need to know about how to save and load in DDLC Plus. Hopefully, this helped you out, and you’ll be able to enjoy your peaceful, totally normal visual novel. Check out our fully-scored review for our thoughts on this story expansion.