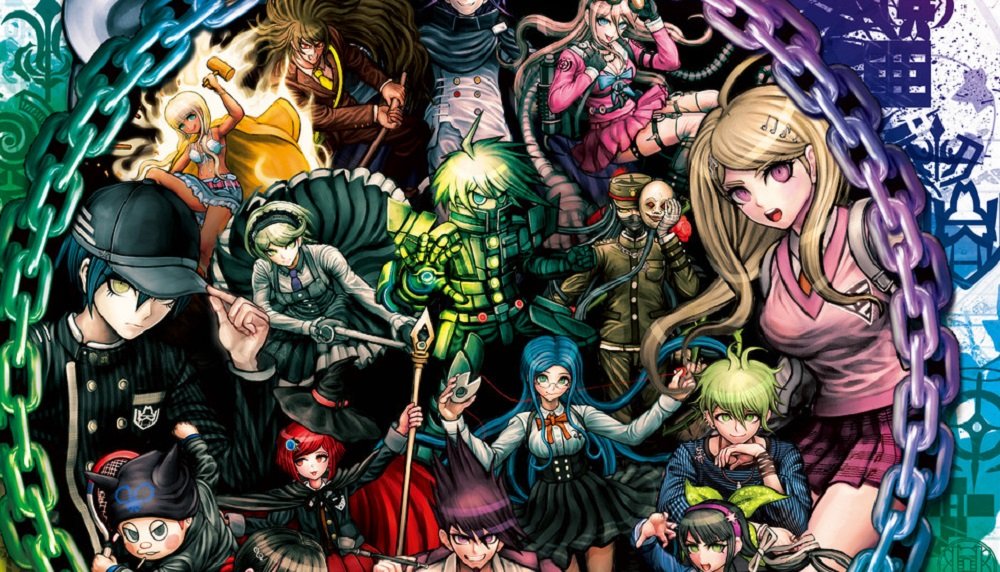 Today, at the Nintendo Direct E3 2021 Livestream Danganronpa: Decadence was announced to be coming to Nintendo Switch later in 2021.

It’s worth noting, however, that 2014’s third-person shooter spin-off Danganronpa Another Episode: Ultra Despair Girls will not be included in this new release.

The 4-game Danganronpa: Decadence collection will be available as a physical release exclusively on Nintendo Switch and is all set to launch later this year. Plus, all four games will also launch digitally as standalone titles on the Nintendo e-shop as well. Go ahead and feast your eyes on the official announcement trailer down below:

For those unfamiliar with the Danganronpa series, the core premise is a wacky concoction of Battle Royale, Cluedo and an Agatha Christie novel. Sixteen strangers awaken trapped in a large, abandoned school-like structure where they must live their lives day-in, day-out.

What’s strange about these sixteen individuals are that they are the “ultimates” at certain things, such as the ultimate detective, ultimate tennis player or ultimate pianist, for example. To escape from their prison, the strangers must murder one of their classmates and get away with it.

Our very own Zhiqing Wan reviewed Danganronpa: Trigger Happy Havoc when it released on PC back in 2016 awarding the title 4.5/5, concluding:

Danganronpa is the sort of game that requires you to have a taste for the absurd, to be able to suspend your belief as you take in all of the insanity this game throws at you. Don’t be turned away by its linearity, Danganronpa: Trigger Happy Havoc is one of the best visual novels you’ll play. And now, even PC users will be able to enjoy this crazy ride.

Barring some PixelJunk Monsters 2 DLC, this Danganronpa: Decadence collection will mark the first time that the yin and yang-inspired teen-murdering Monokuma has appeared on Nintendo systems.

But what say you? Tell us, are you excited to jump into Danganronpa: Decadence’s blood-drenched mayhem on Nintendo Switch later this year? Or will you be giving it a hard pass? Solve those murder mysteries in the usual place down below.