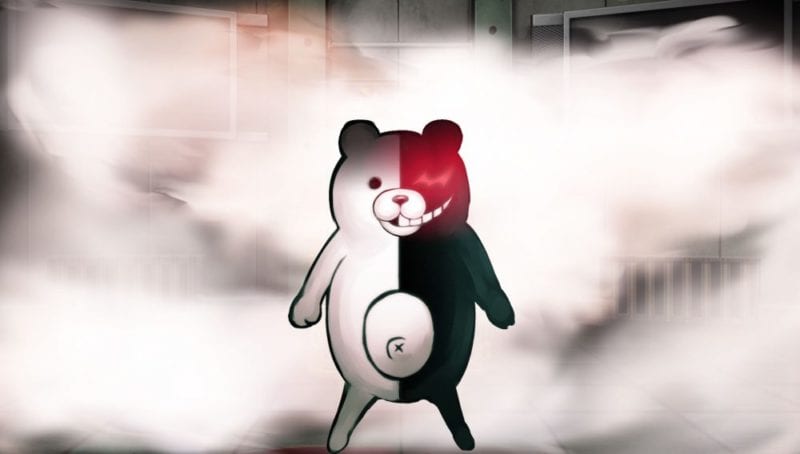 Even after playing Danganronpa to completion a total of three times, I still find myself involuntarily bobbing my head and swinging my arms around each time the camera spins wildly during a class trial as the upbeat trance music begins to play. Danganronpa: Trigger Happy Havoc has so much energy, both in its writing and presentation, and that magic is preserved in the PC port of this outstanding visual novel.

For the uninitiated, allow me to welcome you to Hope’s Peak Academy. Here’s a school that only accepts elite students – students who are the cream of the crop in their respective fields. Hope’s Peak Academy only takes in the best, meaning you’ll run into characters like the Ultimate Programmer, the Ultimate Pop Sensation, and the Ultimate Fashionista, just to name a few. You take control of Makoto Naegi, the Ultimate Lucky Student who gets into the school based on his incredible luck of having his name picked from a lucky draw.

However, on the first day of school, Makoto finds himself and his other elite classmates trapped by the evil headmaster bear Monokuma. They’re not allowed to leave the school, and the only way to ‘graduate’ is to murder one of their classmates and get away with it. 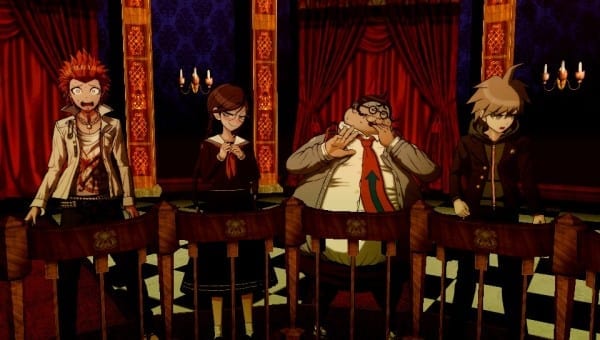 Every chapter is filled to the brim with entertaining clashes between the game’s loud personalities, the occasional sexual jibe, and twists and turns to keep you on the edge of your seat. Each chapter also ends off with an explosive class trial where the ‘conversation’ aspect of the game roars to life as you find yourself caught between shouts, accusations, and people crying bloody murder (well, literally). The 360 degree camera, coupled with the courtroom’s eye-popping neon colors and pulsing music sound like they should make you nauseous, but instead they’re perfect for getting you pumped to crack this case and catch the perpetrator.

While Danganronpa certainly delivers on the story front, it’s also rather light on gameplay, which is to be expected from these visual novel types of games. Outside of the class trials, you’ll spend your time clicking through text boxes of dialogue and exposition. It isn’t all bad though; the characters and their dialogue have been written so masterfully I found myself clicking frantically just to get to the next juicy story bit. The game will also give you free time to get to know your classmates better – much like the social link system present in the Persona games, though it’s noticeably lacking in depth. The ‘free time’ aspect is a nice touch, but Danganronpa’s story is gripping enough that first-time players will find themselves moving through these in a hurry just to get to the next murder case.

Danganronpa’s class trials, on the other hand, are a different story. After you’ve gathered all the necessary evidence needed for a trial, you’ll engage in debates with your classmates where you have to use your cursor to take aim at their arguments, and fire Truth Bullets at their weak points. You’ll also play a variety of mini games including Hangman, a comic strip puzzle where you piece together a timeline to show exactly how a murder took place, and a rhythm game.

Playing the game on PC made some of these segments a little easier to handle than on the Vita; taking aim and shooting an argument is child’s play with a mouse, but I found the controls for the rhythm game in particular to be rather unintuitive, as compared to the Vita’s controls. Having to swap between left and right clicks during a fast-paced rhythm game felt rather messy, though it becomes less of an issue once you’ve settled into the gameplay. As a player who primarily spends her time on consoles, however, I’d imagine that this would not be much of a problem for players used to playing with a keyboard and mouse. 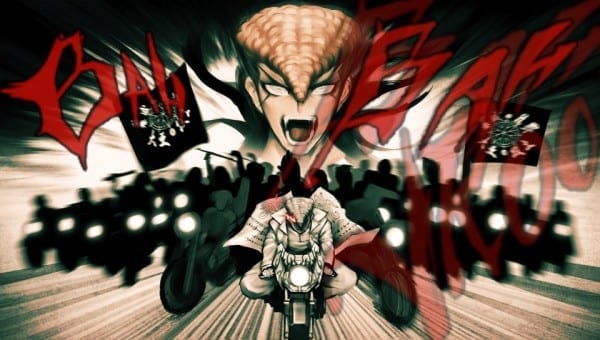 Kanji Tatsumi would not get along with this guy.

Danganronpa’s neon pop art and beautifully unique 2D cardboard cutout aesthetic looked gorgeous on the Vita, and the PC port of the game certainly doesn’t diminish any of that beauty. Danganronpa takes pride in being silly, and the game’s aesthetic fits that standard too. The story kicks into high gear as soon as it starts, and propels itself to a jaw-dropping conclusion, making this game a wonderful delight to play through from start to finish.

You’ll laugh at the game’s crude humor, cry when one of your favorite characters gets killed off with no prior warning, and you will break into a silly dance every time the music kicks it up a notch during a class trial. By god you will dance.

Danganronpa is the sort of game that requires you to have a taste for the absurd, to be able to suspend your belief as you take in all of the insanity this game throws at you. Don’t be turned away by its linearity, Danganronpa: Trigger Happy Havoc is one of the best visual novels you’ll play. And now, even PC users will be able to enjoy this crazy ride.