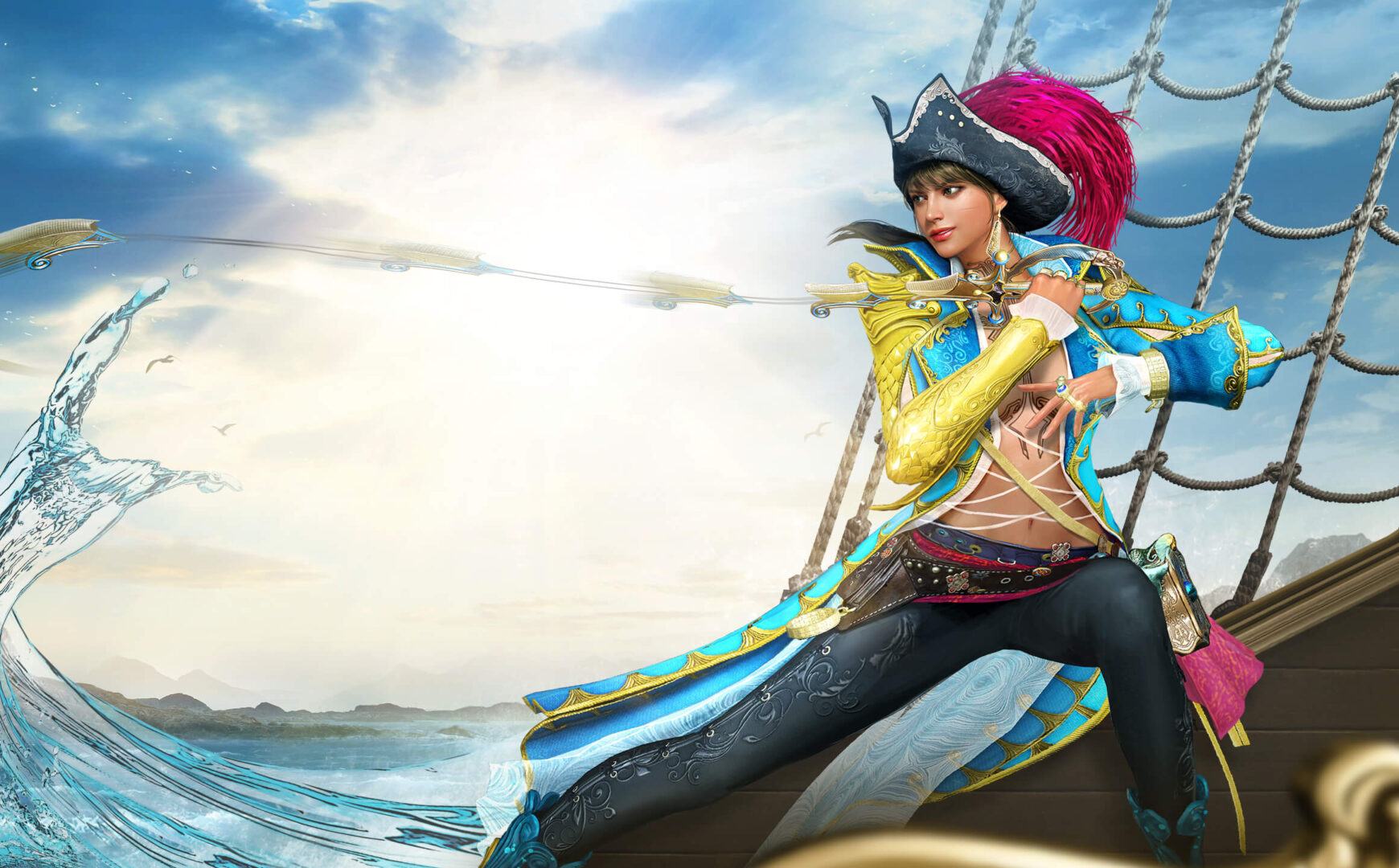 It’s the corsair, bringing her adventurous spirit and weird accent to the game with a global update coming on June 29 to all platforms.

This means that you’ll be able to enjoy her on the same day on PS4, Xbox One, PC, and mobile.

Below you can catch both a cinematic and a gameplay trailer showing the corsair in action.

Here’s how the Corsair is officially described:

“Corsair wields the Serenaca, a composite sword with a deadly extendable blade, and the Mareca, a treasure of the seas containing the very power of the waves. With these weapons at her disposal, she uses ropes to maneuver fluidly across the field of combat and inflict devastating damage on her enemies.

Like a free ocean spirit, her attacks are as hard to predict as the waves themselves, and come crashing down on her opponents without a moment’s notice. Comboing these skills with her rope also allows Corsair to rush around enemies in order to attack them on all fronts, and even bombard them from the air.

It is no exaggeration to say that Corsair’s skills are unique compared to those of all the other classes. Corsair also uses the sacred power of the treasure to transform into a Mermaid. This allows her to unleash soaring tidal waves upon her enemies as she dances majestically with whales emerging from the long-lost Sea of Dreams. Lastly, Corsair’s sea-faring life has given her the ability to swim faster than anyone else, and to stay underwater for long durations.”

As a bonus, we also learn of a collaboration with Blitzway for the creation of a Dark Knight figure, which looks really fetching.

Just recently, we saw the announcement of a rather peculiar collaboration with Bugatti.