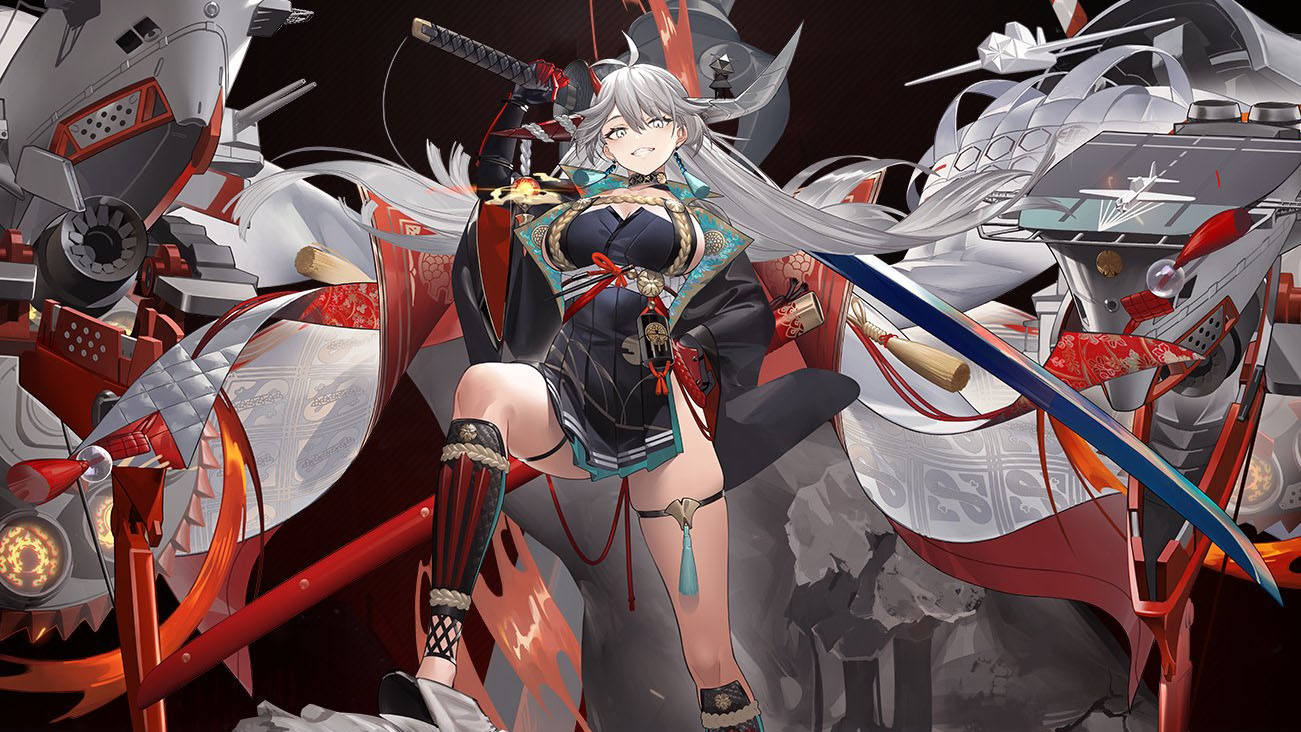 The next event will start on June 24 and it’ll be a rerun of Swirling Cherry Blossoms. As usual, on top bringing back its original shipgirls (Kinu, Ryuuhou, Suruga, Kasumi, and Hibiki), two more will be added, elite Destroyer Shirayuki, and SSR Destroyer Kazagumo.

Of course, plenty of skins will also be added (featuring a high school theme) while some from the original event will return. Kasumi is also getting a retrofit.

The new skins for Kasumi, Kazagumo, and Cassin will be rentable and the event will end on July 7.

Next is the new yearly collaboration with World of Warships, which means that we get plenty of “paper ships” (ships that were never completed or even never actually laid down, which appears to be pretty much all Wargaming is doing with World of Warships nowadays). Specifically, the collaboration includes grinding for a long time to get Aircraft Carrier August von Parseval, Battleship Marco Polo, Cruiser Anchorage, Cruiser Ägir, and Aircraft Carrier Hakuryu.

This collaboration will launch with the July 8 update.

Last, but not least, another collaboration was teased with Bandai Namco’s The Idolmaster. No further details were provided and more will be shared in a livestream in mid-July.

You can check all the new shipgirls, skins, and trailers below.