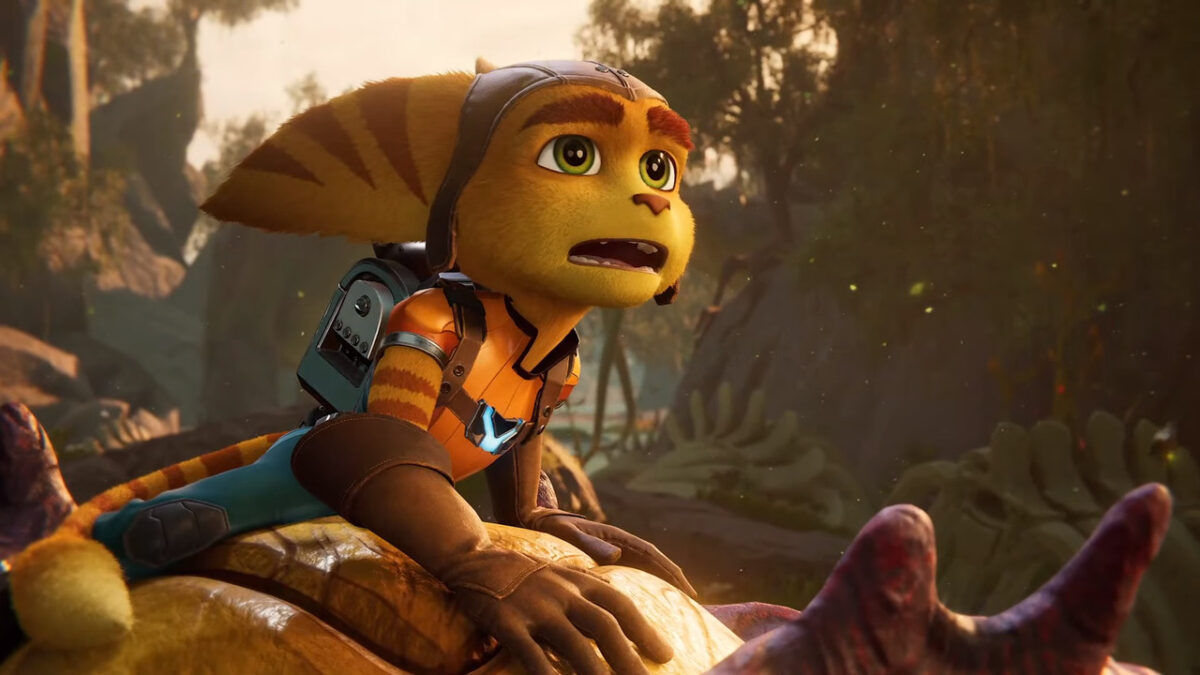 In the first of a series of three videos, PlayStation has revealed some new information on Ratchet & Clank: Rift Apart. Now that the game’s less than a month away, Zurkon Jr. is hosting an “almost launch party,” showcasing some of the game’s new features, including new traversal options and DualSense features.

While the trailer mostly shows off elements of the game that have already been revealed, like the game’s titular Rift Tether and a new dodge mechanic, it goes slightly more in-depth into some of Ratchet’s new moves than the game’s previous trailers. It also has the unenviable task of explaining how the PS5’s DualSense controller will interact with the game’s arsenal using haptic feedback and adaptive triggers.

The first new means of traversal that Zurkon Jr. shows off is the Rift Tether, the item that allows Ratchet (or Rivet) to jump between rifts in space-time that was initially shown off in the game’s reveal trailer last year. Of course, this feature is also being touted as a showcase for the PS5’s improved load times. The Phantom Dash is the other significant new movement option introduced in the trailer. This move allows Ratchet or Rivet to “temporarily cease to exist.” In other words, they both have invincible dashes.

The second half of the trailer shows off a number of new and returning weapons, including the Buzz Blades, Blackhole Storm, The Enforcer, Lightning Rod, Cold Snap, Ricochet, and Negatron Collider. It also teases some of Rift Apart’s DualSense features, largely focusing on how the PS5’s controller will emulate the feel of each individual weapon.

Neither the trailer nor the accompanying PlayStation blog post has detailed when exactly to expect the next update on the game, but considering Insomniac’s next release is only three weeks away, it’s safe to assume that the next two trailers will both come out at the same time in the coming weeks.