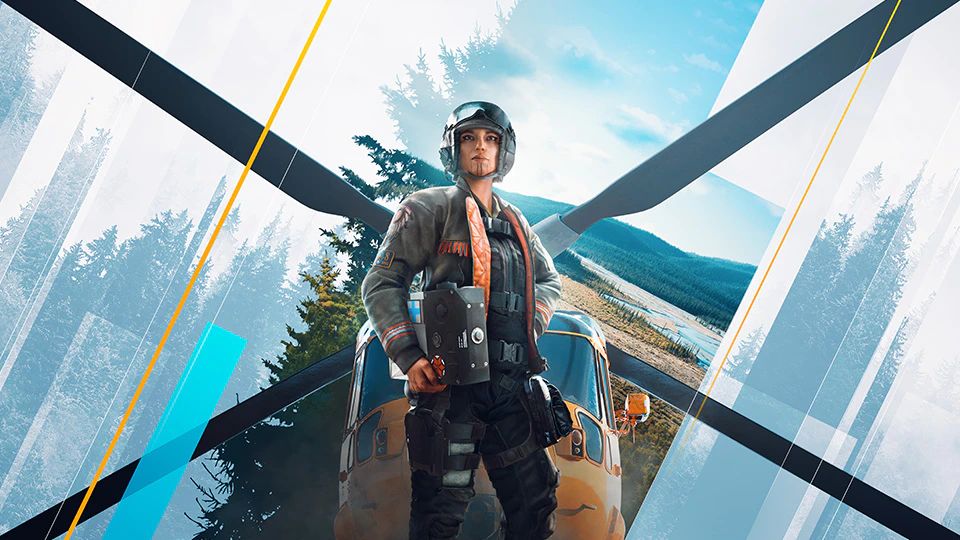 We get to take a look at Thunderbird, the new defender operator from the Nakoda Nation, who also happens to be a rescue helicopter pilot.

Apparently, her helicopter won’t actually appear in the game, but she will come with an imposing loadout and an interesting healing gadget that doesn’t discriminate too much between friends and foes.

You can check out the introduction trailer below and the full reveal livestream, alongside an official introduction for Thunderbird.

Having someone who can watch your six, stitch you up, and fly you out is quite the trifecta. I’ve worked with Specialist Mina “Thunderbird” Sky before and I’m confident with her at my back.

Mina may seem like she takes risks as a pilot, but they’re calculated, she’s always in control of herself and adaptable to her surroundings. Though I investigated her background more extensively I am still affected by something she said when we first met.“If you break something you should learn to fix it, if you fear something you should seek to understand it, and if you hurt someone you should know how to stitch the wound.” I now know this wisdom came from her mother, and like all her teachings, Thunderbird honors it.

Growing up in the Nakoda Territories, it was her passion for preserving her community’s traditions that first led to her work in hydrology. She studied water storage, wastewater, and river management. She believes that understanding water’s relation to the earth is the first step in ensuring essential and accessible water sources for all peoples.

Thunderbird is nothing if not resourceful. I’ve seen her splint a broken bone with two sticks and a shoelace. But in our line of work we don’t always have time to tie shoelaces, let alone search for sticks. Her healing tech has come a long way since I first saw it. What impresses me most is the distribution method. She can’t be everywhere at once so I’m grateful to have another medic on the field, we can use as many friends as we can get. Sometimes a comforting presence while you heal is just as important as keeping you alive, luckily, she excels at both.

I wouldn’t have suggested we make Thunderbird an offer if I didn’t think she was a good fit, and I’m not just saying that because she saved my life.”