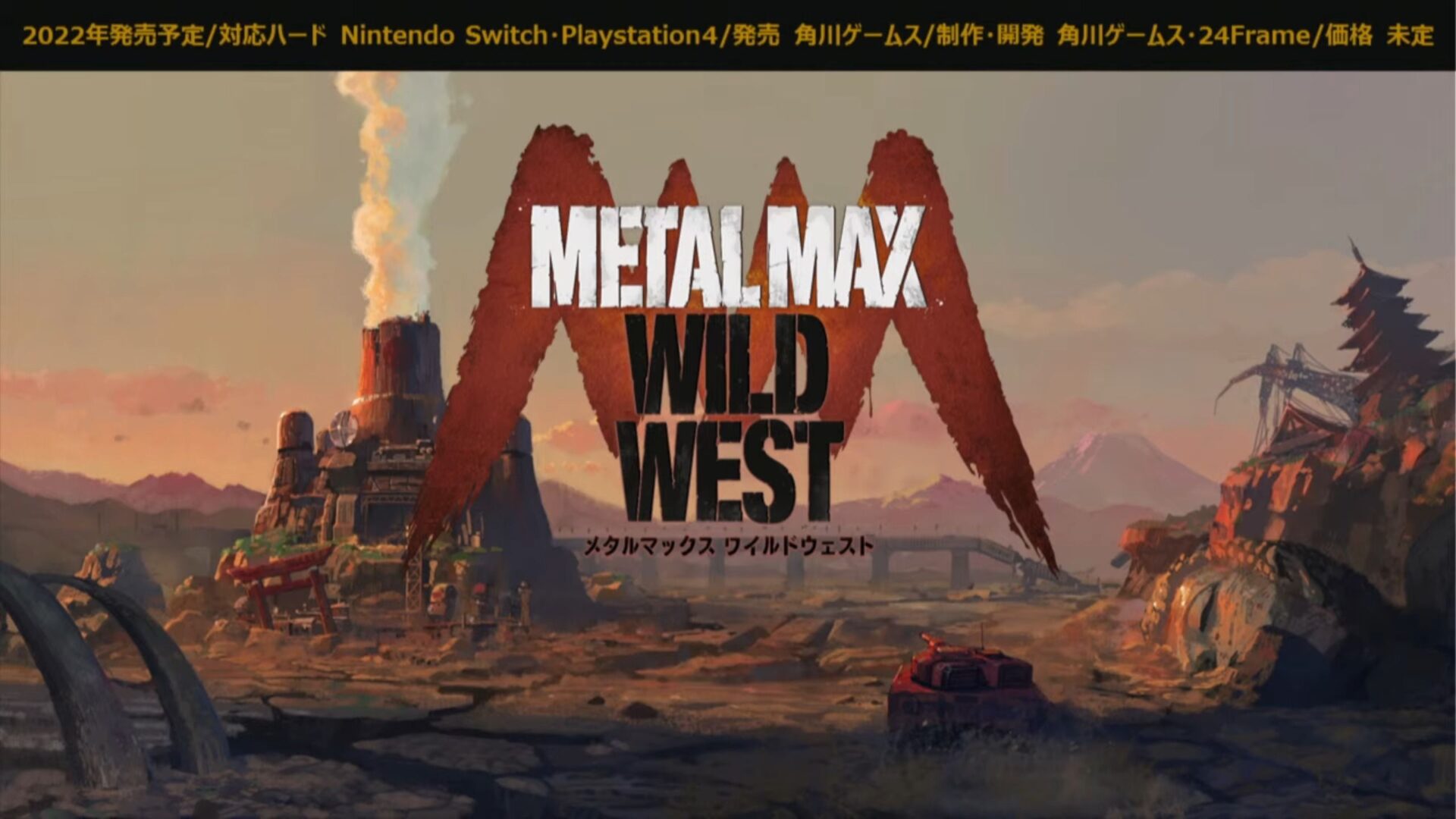 Today Kadokawa Games hosted a special livestream to celebrate the 30th anniversary of the Metal Max series, and had multiple announcements to make about upcoming games.

The release window has been shifted to 2022 from the previously-announced 2021, and it’ll come for PS4 and Nintendo Switch. It’s developed by Kadokawa Games and 24Frame.

You can see the new images below, showcasing the new protagonist, enemies, the new setting, and the new logo.

The theme is “rebuilding” as you can see from the city showcased in the screenshots. It’s worth mentioning that the series creator Hiroshi Miyaoka isn’t yet sure about the mechanical body parts for the protagonist so the design isn’t final, as he doesn’t want him to be too similar to Metal Max Xeno protagonist Talis.

The new hero is a seemingly ordinary boy who looks like a lone wolf, but his activities will influence the reconstruction of the city. Players will be able to experience a living world dotted with budding villages and new species of enemies.

Moving on to the next game, which was originally announced with the working title Project Wolf, we learn that the final title will be “Metal Saga: Hangyaku No Rouka” which translates into “Flame of Rebellion.”

It’s developed by Success and below you can see the first trailer and a few images.

The game is a JRPG and it’s coming for Nintendo Switch “and more.” The release window is undecided.

The game is set in a future in which the threat posed by the supercomputer NOA has finally been neutralized, but now the main enemy of mankind is mankind itself, split into various factions driven by different purposes. The story focuses on the resistance to such a distorted world order, based in the town of Rusty Garden.

The protagonist is a hunter that has lost their memory and can be both male and female, so it’s kind of a blank slate situation.

There won’t be random encounters and enemies will be displayed on the field and dungeons, since the game has its own ecosystem, providing a more realistic post-apocalyptic world. It’s possible to avoid monsters to dodge unnecessary battles.

The transition between exploration and traditional turn-based battles will be seamless, with additional improvements to the old systems.

Players will be able to select a battle strategy that will eliminate the need to continuously input commands. If you have that option selected, characters will act according to the guidelines you defined. You can turn it on and off depending on the situation.

In addition to the traditional tanks, players will be able to build their own base on a small deserted island. You can customize the interior and add a variety of facilities. Your favorite characters will live there.

Next is the spin-off game Metal Dogs by 24Frame of which we see some gameplay (below). It’ll enter early access on Steam in early summer 2021.