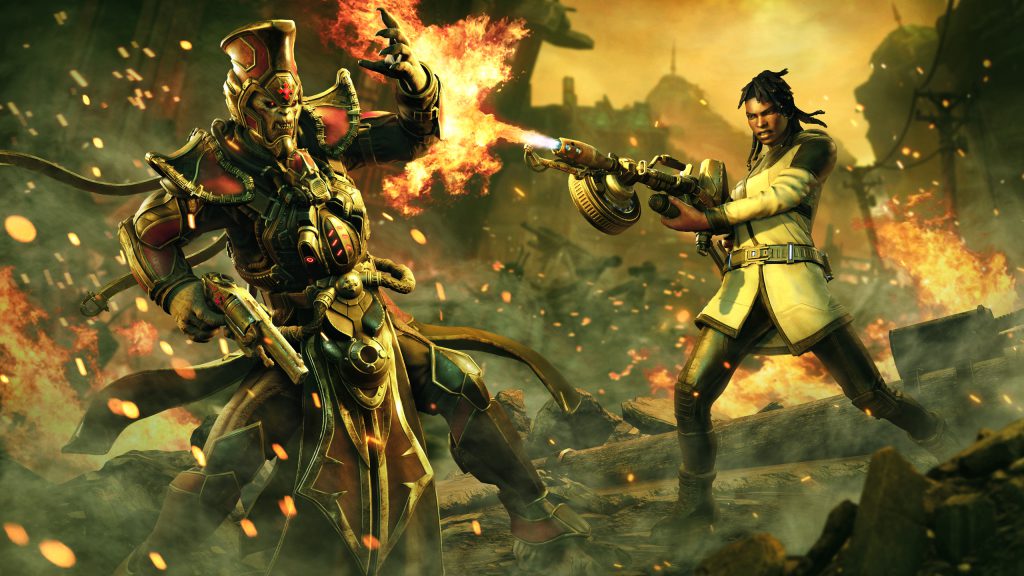 Gears 5 studio The Coalition announced on Wednesday that the game will begin its seventh season of new content next week on Tuesday, May 18.

Operation 7 will launch with a new map Ephyra, set in the burning rubble of a prestigious hotel, alongside new characters Hana Cole and Locust scientist Ukkon. The studio will release another map and at least two characters in the middle of the season, similar to Operation 6.

Competitive multiplayer will receive a few changes such as an overhauled Ranked mode, custom games adding mutators and awarding experience for playing, and removing the cross-play option. The studio said that 40% of players had disabled the cross-play option and was “impacting the matchmaking times for our players on both PC and console.” Cross-play will now be enabled by default with no setting to turn it off alongside a newly added field of view option for Xbox One consoles with the start of the operation.

“With the field of view update coming in, the ability to plug a Mouse/Keyboard into your Xbox, plus the frame rate and input lag reduction on the new Xbox consoles we feel we are at a point where the parity between Xbox and PC is almost identical and confident enough in making this change going forward for Gears 5,” The Coalition said.

Also coming in Operation 7 are several changes to character classes for Horde and Escape modes. Players with duplicate skill cards after maxing a skill card will now be converted to Gears Coins, and includes any earned before the update up to 100,000 coins. Operation 7 will add three new Horde maps, tweak all four promotional classes to be more effective, and other fixes listed in the patch notes.