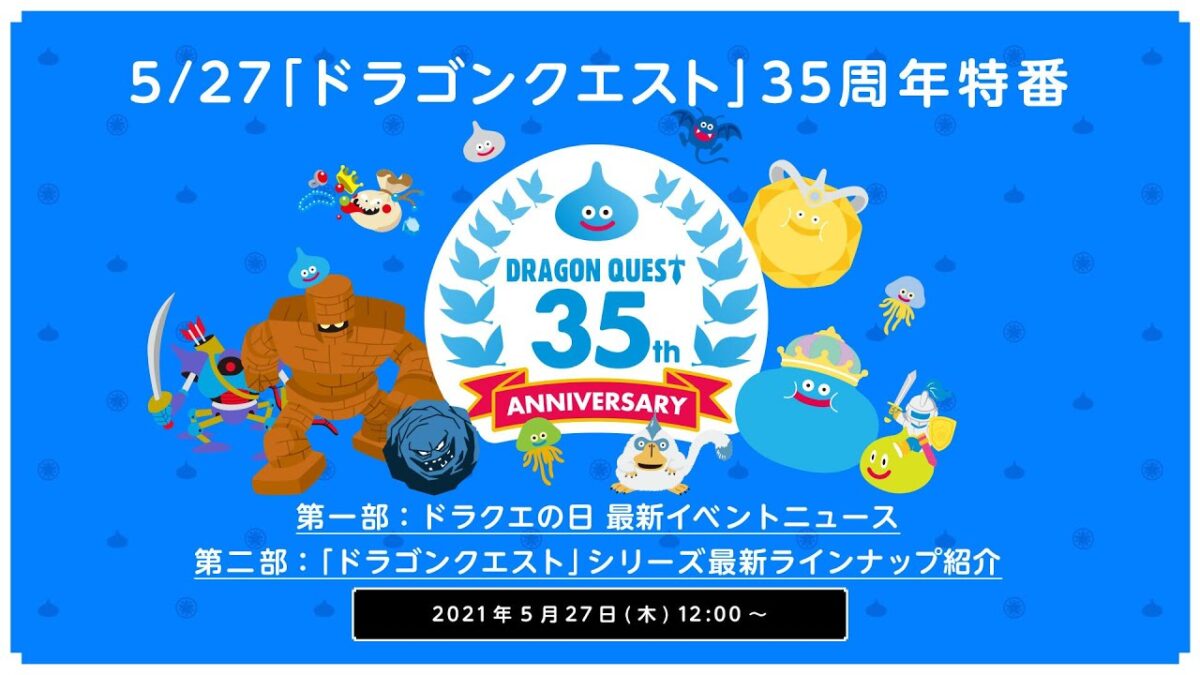 Today Square Enix announced that it will host a special 35th anniversary livestream for the Dragon Quest series.

The second part is the juicy one: series creator Yuji Horii will present a talk show that will introduce the new lineup of Dragon Quest games scheduled to be released in the future. Reveals will be on the menu for this part.

You can check out the livestream embedded below, including English interpretation. Of course, it’s not available yet, but you’ll be able to watch it here on May 27.

At the moment we don’t yet know which games will be announced or revealed, but we’re still waiting for solid info about Dragon Quest: The Adventure of Dai – Infinity Strash for home consoles, which was presented last year and has pretty much fallen under the radar since.