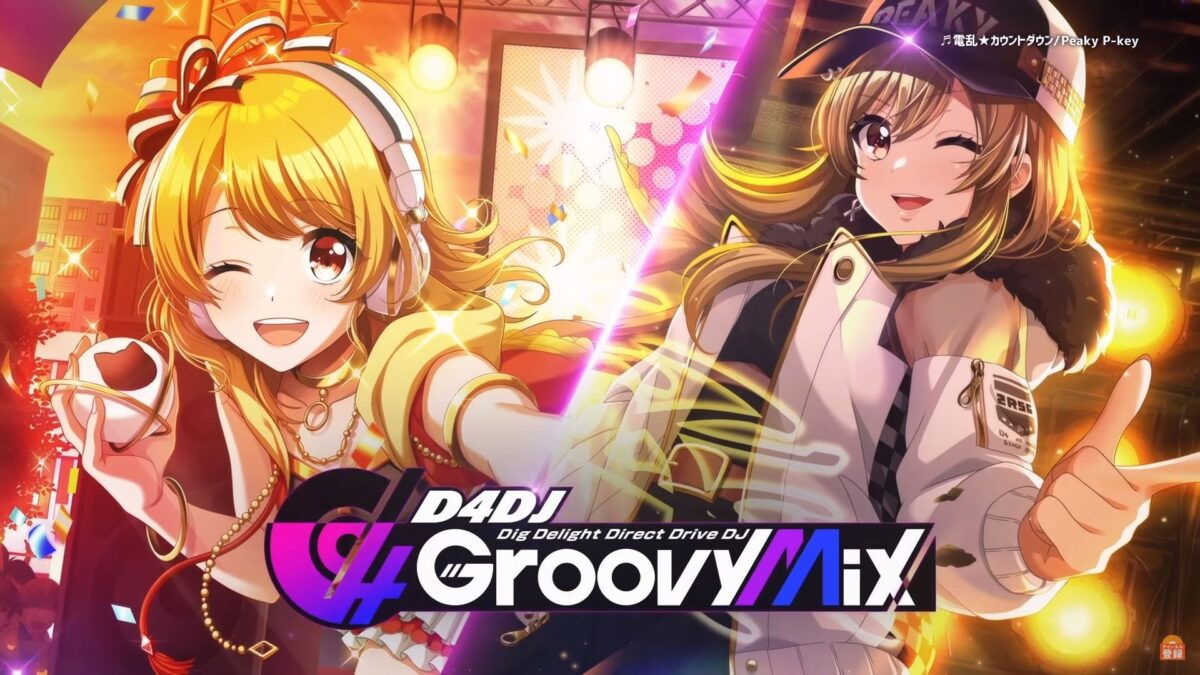 The first video is a trailer introducing one of the DJ units in the game, Peaky P-Key.

The second and third videos showcase gameplay for two songs, one by Peaky P-Key themselves and one by Happy Around! to give you a good look at what the game looks like when it’s actually played.

The other two videos

If you’d like to see more characters, you can enjoy a trailer about Rinku Aimoto, another featuring Maho Akatsu, one introducing Muni Ohnaruto, one focusing on Rei Togetsu, two showcasing Kyoko Yamate and Shinobu Inuyose, one starring Yuka Jennifer Sasago, and one showing Esora Shimizu.