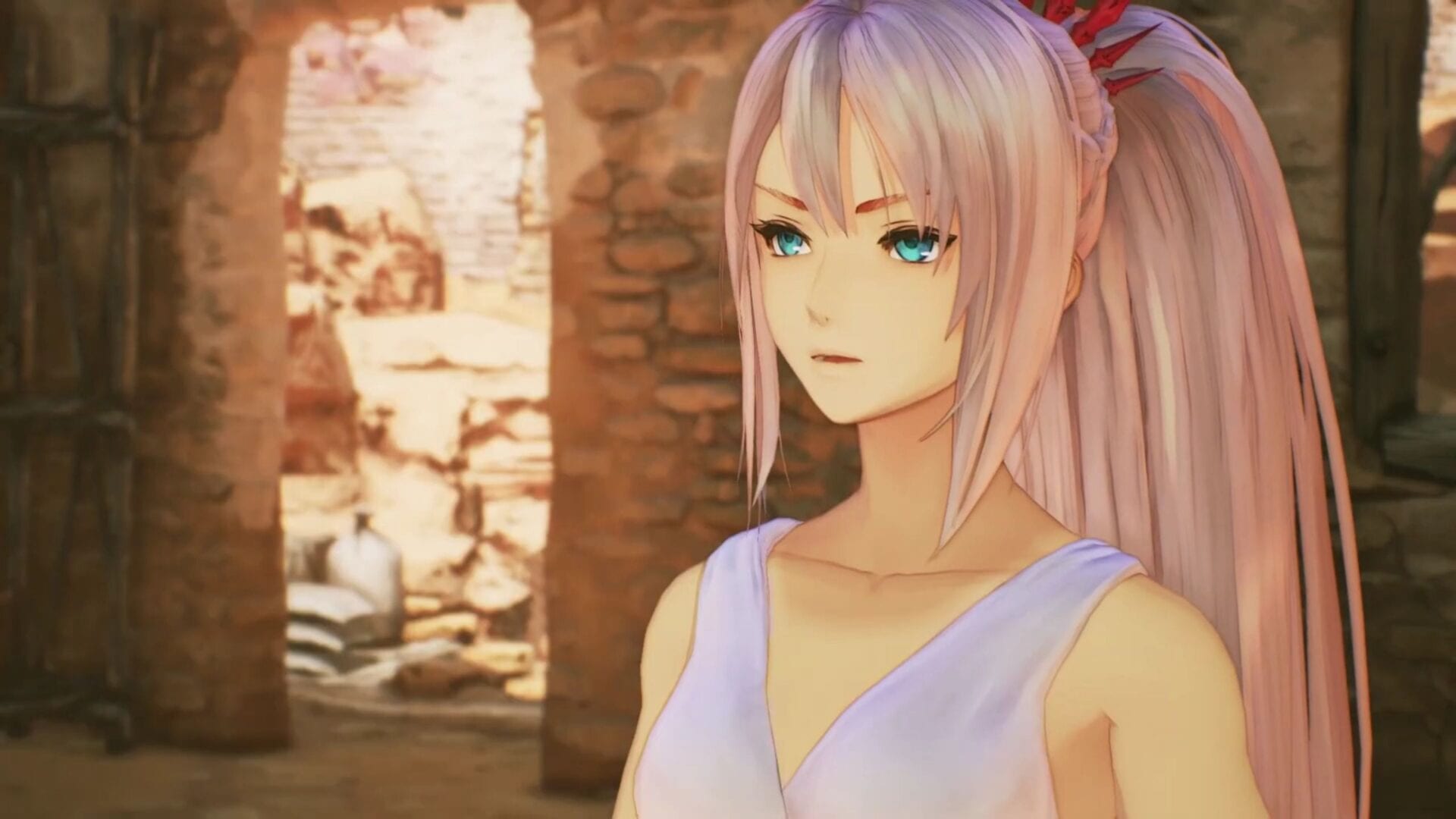 Today Bandai Namco announced the release date of Tales of Arise via Famitsu.

The game is coming to Japan for PS5, PS4, Xbox Series X, and Xbox One on September 9. It’s also coming on Steam and to the other platforms in North America and Europe on September 10.

You can check out a new trailer, gameplay, and another video featuring the developers (with more footage) below.

Update: English versions of the trailers have been released via IGN.

We learn that the unique shader used for the game is called “Atmos Shader,” created to deliver an immersive world with an illustrated look. Special “Facial CG” technology has also been used to better convey the emotions of characters.

As usual, Ufotable will create the opening animation, and it’ll be the longest in the history of the Tales series.

We take the first look at Linwell (voiced by Sayuri Hara) and Rowe (voiced by Yoshitsugu Matsuoka) who will be playable party members, alongside Linwell’s pet owl Fururu.

Hero Alfen will be voiced by Takuya Sato, while heroine Shion is voiced by Shino Shimoji. On top of the friendly cast, we also see a boss named Viezo.

The battle system has been rebuilt with more intuitive and exhilarating actions, with the aim to be something that everyone can enjoy. New elements like Boost Attack (a support action that help companions according to the situations) and Boost Strike (a flashy co-op finisher) have been added.

Speaking of platforms, the PS5 and Xbox Series X|S versions have shortened loading times between exploration and battles to make the gameplay smoother.

Both next-gen platforms and PC have performance and graphics mode, focusing on 60 FPS and 4K resolution respectively. The PS5 version will also support the DualSense’s haptics and help features.

If you want to take another look at the game, you can enjoy the previous trailer, another trailer in English, some screenshots and artwork, the first batch of images, and the original announcement trailer.