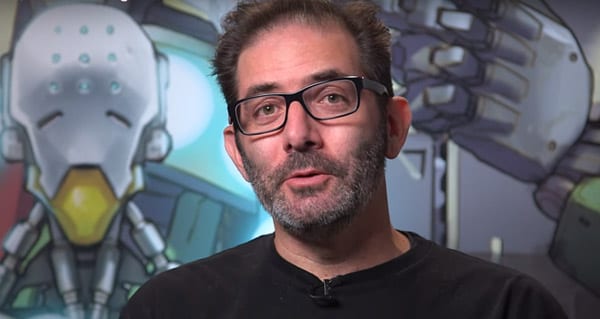 Today, Blizzard announced that long-time veteran of the company and director of Overwatch, Jeff Kaplan, will be leaving. Kaplan had been with the company for 19 years and had worked on Warcraft III and World of Warcraft before taking the as lead of Overwatch.

Taking Kaplan’s place will be Aaron Keller. Keller has been with the company for 18 years, also worked on World of Warcraft and worked alongside Kaplan at Overwatch. Keller described Kaplan as a “great leader, mentor, and friend.”

i am leaving Blizzard Entertainment after 19 amazing years.

it was truly the honor of a lifetime to have the opportunity to create worlds and heroes for such a passionate audience. i want to express my deep appreciation to everyone at blizzard who supported our games, our game teams and our players. but i want to say a special thanks to the wonderful game developers that shared in the journey of creation with me.

never accept the world as it appears to be. always dare to see it for what it could be. i hope you do the same.

Keller, meanwhile is looking ahead to Overwatch 2, stating that “development is continuing at a good pace” and that they will be sharing more frequent updates “very soon.”

While it appears that Overwatch has a natural fit to takeover for Overwatch and hopefully keep things running smoothly, it is yet another high-profile name that has left the company in recent years. Former high-ranking Blizzard devs have gone on to found five new game studios, with many other ex-Blizzard devs joining them. Most recent was Frost Giant Studios back in 2020 which is made up of many ex-StarCraft II developers.