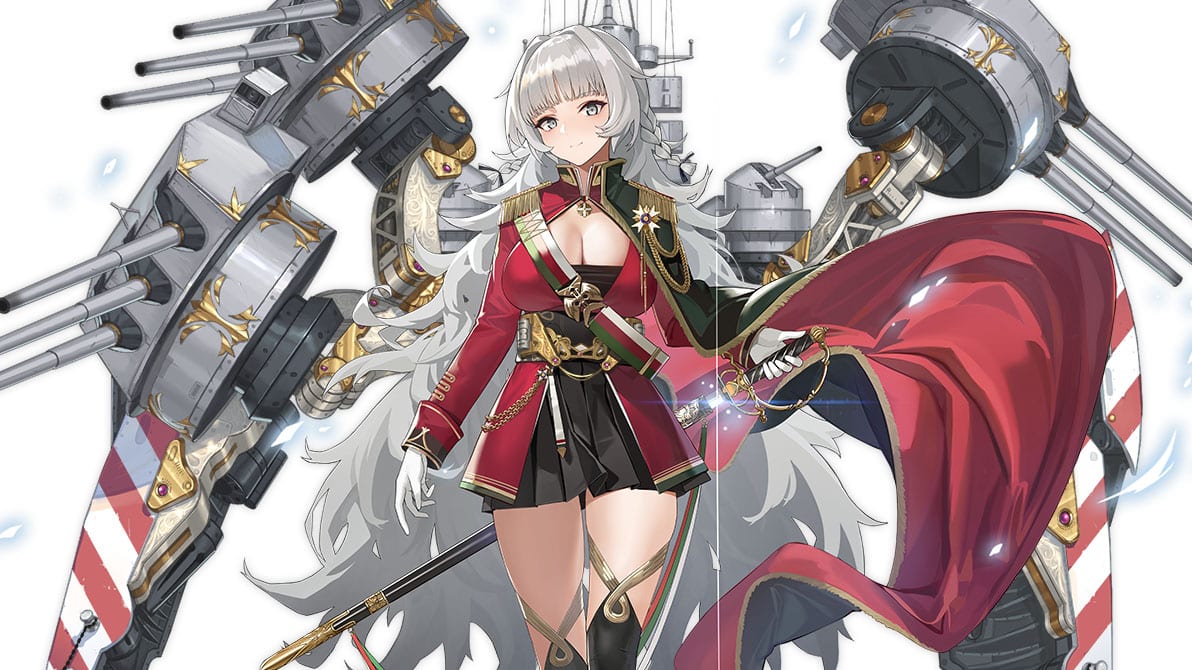 Today Yostar announced the next livestream that will reveal the upcoming major event in its shipgirl-focused mobile game Azur Lane.

This time around, they certainly didn’t shy away from providing hints on what the event may be about. The stream itself is titled “Behold the Majesty of the Sardegna Empire” and the thumbnail features Vittorio Veneto, the yet unreleased leader of the Italy-inspired faction.

This likely means that fans will finally be able to unlock her, alongside more shipgirls inspired by Italian warships.

Commissioned in 1940, Vittorio Veneto was the second Littorio-class battleship in the Italian Regia Marina during World War II. Considering the fact that her sister is very popular, I’d expect this event to turn many heads among the fanbase, with heaps of Wisdom Cubes becoming the inevitable collateral victims.

Of course, if that’s an ungodly hour for you, you shouldn’t worry, as you’ll find a full report here on Twinfinite.