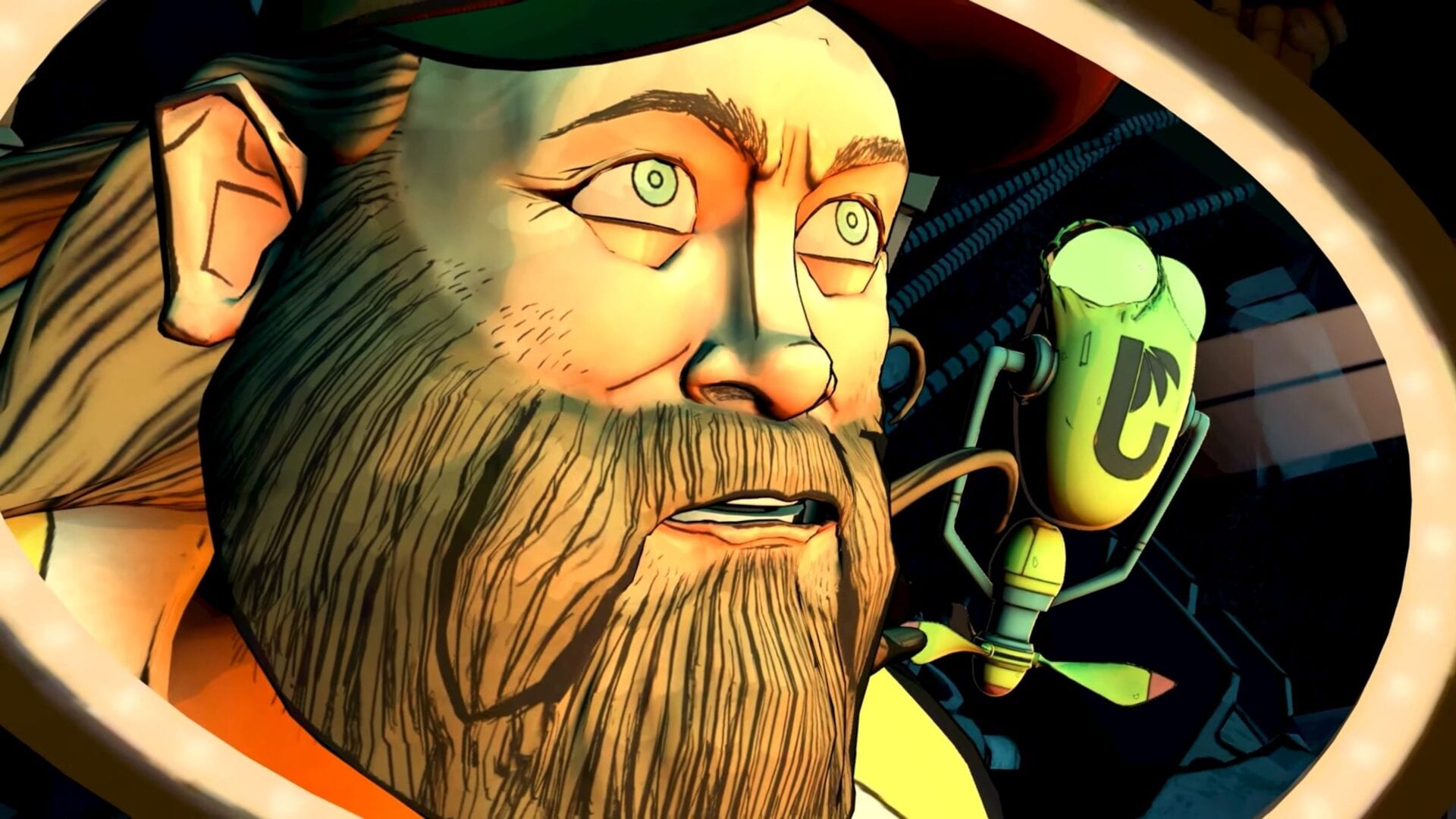 Today Wired Productions had quite a few new games to announce for a variety of platforms.

The list is rather long, including a couple of titles with virtual reality support.

“Behind every brilliant invention, hides an incredible story. From the makers of the critically acclaimed Fable series comes Tin Hearts – an immersive puzzle game wrapped in a powerful tale of love and compromise. Discover an epic tale spanning generations and dimensions.

Guide a troop of mischievous tin soldiers through a world full of beauty, magic, and mystery, using a variety of whimsical and inventive contraptions to bounce, shoot and glide them to their goal. Are you guiding the soldiers, or are they guiding you?”

Lumote by Luminawesome Games will return to Steam and also launch on PS4, Xbox One, and Switch in 2021.

“Wired Presents: Lumote, the squishiest bioluminescent creature, on a quest to overthrow the Mastermote in this beautiful 3D puzzle platformer. In a tale of two opposing powers in a struggle for control, Lumote must possess, jump and think its way through a world of puzzles. Taking control of the world’s inhabitants, the Motes, and using their abilities to progress, their behaviour will either help or hinder you on your journey into the depths as you search for the Mastermote.

Seafoam Moocher: Squish, bop and bounce through the world around you. Lumote may not have a face, but it still has a personality. Extremely curious, highly inquisitive and adorable!

That’s one big world: The world of Lumote is a single massive environment containing six towers and fifty puzzles. Each tower marks your mastery of a specific Mote and unlocks a new set of puzzles to explore.

Solve intricate puzzles: Set in a 3D puzzle adventure, clever and logical level design ease players in whilst increasing the complexity with each Mote you meet.

Gorgeous sounds: A stunning score accompanies you, deep and trance-like that will take you on a majestical electronica soundscape journey.

rEngine: Using the original rEngine, Lumote’s puzzles are all interconnected and you can seamlessly go from one puzzle to the next as you progress.”

“Attention! Tiny Troopers Global Ops is a fast-paced arcade twin-stick shooter in which you lead an elite squad of Tiny Troopers on action-packed missions to take down hordes of unscrupulous enemies from all corners of the world! Yes, the Troopers are ready!

Battle-hardened, razer-focused, and raring to take on daring new missions! So, suit-up and lead your squad into explosive battles with epic campaigns against legions of heavily armed adversaries, you’re the best of the best, and it’s time to prove it in Tiny Troopers’ biggest ever ops!”

The Last Worker by Oiffy, Wolf & Wood is coming in 2022 for PS5, Xbox Series X|S, PC, Nintendo Switch, and Oculus.

“Revealed as part of WIRED DIRECT 2021, The Last Worker is a first-person narrative adventure centered around our struggle in an increasingly automated world. Combining a handcrafted art style with uniquely immersive gameplay mechanics in an epic setting, The Last Worker delivers an emotional, thought-provoking and comedic story packaged with rich characters performed by an all-star cast.”

“Welcome to Arcade Paradise, the 90’s retro arcade adventure game. With the keys to the family laundromat, Ashley decides to transform the business and give the sleepy town of Grindstone something to get excited about! Stay one step ahead of your father, manage and invest profits, and build your very own Arcade Paradise!

Take the laundromat business made up of dull chores from washing clothes to throwing out the trash, and turn it into a booming arcade with the coolest games in town raking in all the money!

Over 35 arcade games, each fully realized with its own gameplay, stories, missions and high scores to set! Inspired by 3 decades of gaming, from early vector games right up to the 32-bit era.

Insert a second coin and play against a friend in a number of co-operative & competitive arcade games up to 4 players locally.

Prove yourself across each game, set your initials, make your favorite arcade game more popular and upload to the online leaderboards!

Soundtrack worthy of the cassette collection

From the individual games to choosing what song to put on the jukebox inspired by some of the great records of the early 90s, the soundtrack captures the heart of a bygone era.

The greatest gaming era ever

Hello 90’s. If you could smell this game, it would smell like memories. Everything from the look and feel of the arcades, to using the latest PC connected to the mind-blowing dial-up connection, all has been recreated with pure love.

Gerald in the Riviera

Doug Cockle (famous for his voice acting in Victor Vran and The Witcher series) plays the role of Ashley’s berating father. Being too busy in the Riviera to see King Wash for himself, you will receive many phone calls from Gerald sharing his wise words of advice and constant reminders to fix the toilet.”

Incidentally, today we also got the announcement of the PS5 and Xbox Series X|S version of Deliver Us The Moon and new content for The Falconeer.