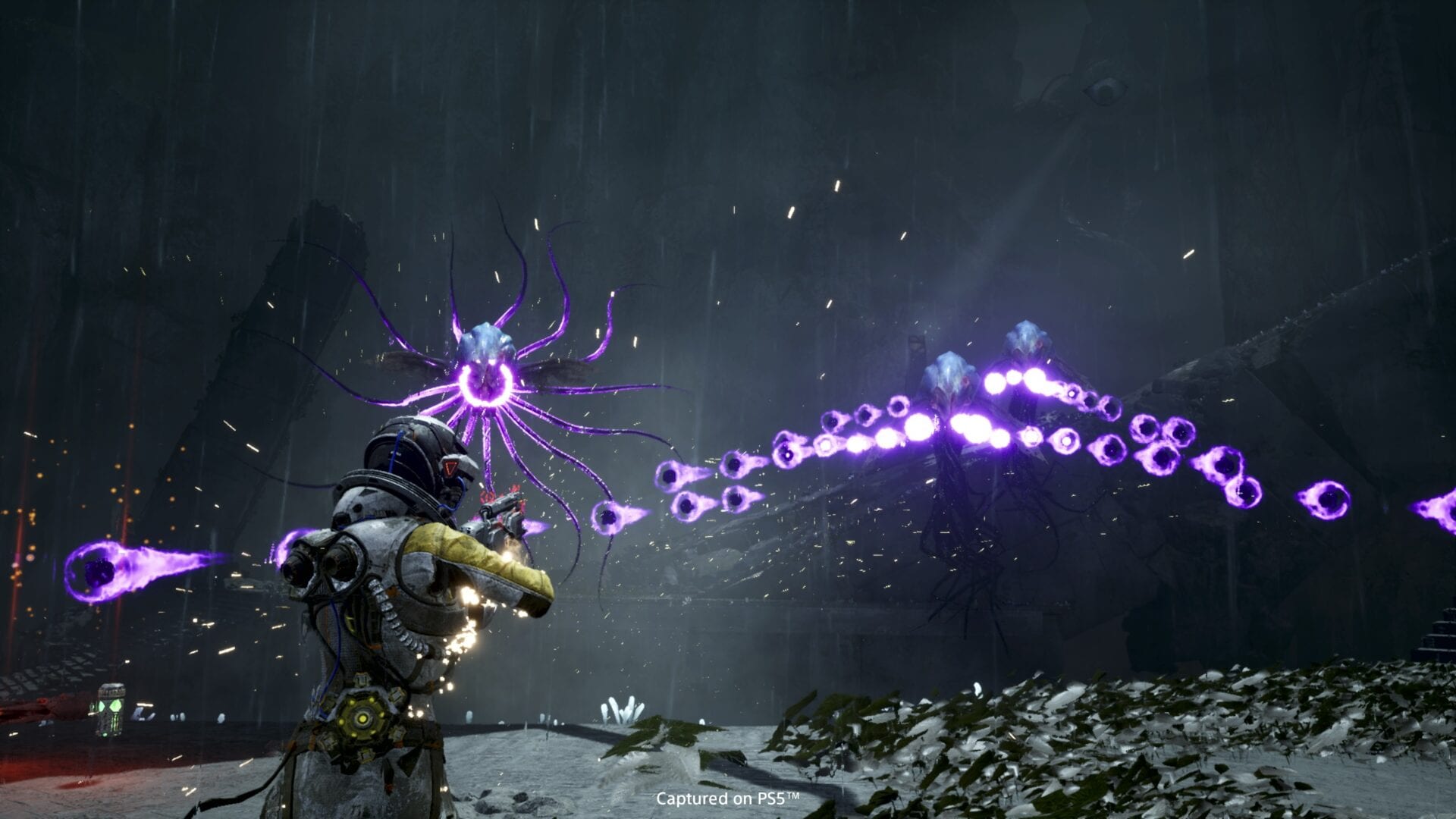 Returnal has received a new overview video, detailing everything PlayStation 5 owners can expect from the upcoming title.

Streamed during the 2021 Future Games Show Spring Showcase, the video sees the game’s biz-dev and marketing director Mikael Haveri touch on all of the elements which make the game up. This is all done while footage of the game is played, providing glimspes atthe combat, story and more.

Haveri describes Returnal as a fast-paced, sci-fi shooter with roguelike elements. Unlike past games created by the project’s developer Housemarque though, it features an intricate story that players will uncover as they progress.

However, it won’t be handed to them without a fight. Players will need to journey into the alien world of Atropos, battling against a slew of alien creatures using a wide array of high-tech weapons.

If they overcome these threats, they’ll be treated to more info on what is happening to them and the main character Selene’s past. If they fail, they’ll be sent to the beginning of a time loop, and will need to fight their way through an entirely different, procedurally generated world.

It’s nothing new for those who have been following Returnal since its reveal, but it’s still a nice glimpse at everything the game intends to offer. The full video can be viewed down below.

Returnal is currently slated for release exclusively on the PlayStation 5. For more on the game, check out one of its most recent trailers. It focuses on the story, and also gives a brief peek at some first person segments. Likewise, there’s the recent announcement that the game has gone gold which can be viewed here.

There should also be plenty of other articles related to the game down below, which should cover everything from what the gameplay entails to the threats Selene will need to overcome.