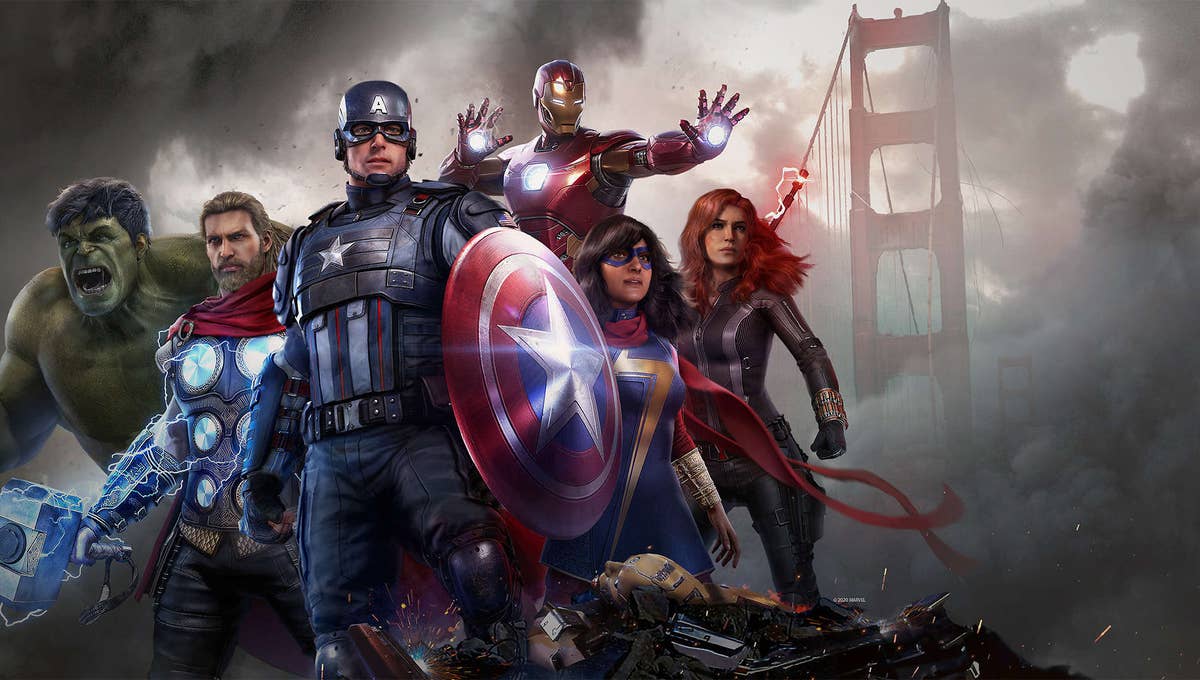 A slew of new videos have been released for Marvel’s Avengers’, including ones which show off gameplay for the upcoming Hawkeye DLC and a teaser for the game’s next DLC hero.

Streamed during the Square Enix Presents Spring 2021 digital showcase event, the videos cover a wide swath of upcoming content planned for the game. The first is a highlight reel of everything offered in the next-gen versions of the game. These features include Refined graphics, smoother performance and shorter load times.

A few scenes from the story of the Hawkeye DLC, which launches today, were also shown. The scenes provide a glimpse at what has become of the future Hawkeye travels to, and the characters he meets during his time there.

Following the highlight reel is a gameplay video shown provides a look at Hawkeye in action against a variety of enemies and making their way through the ruins of the future. He also encounters villains which players will need to confront, including Taskmaster.

The third and final video is a teaser trailer for Marvel’s Avengers’ next hero. After some exposition by an unknown figure about obtaining Vibranium through unsavory means, The Black Panther emerges from the shadows of a Wakandan temple as the key character in this upcoming story. It is currently slated for release sometime later this year.

It’s a lot of information to take in all at once, and fans of the game will want to watch all three for themselves to make sure they don’t miss a crumb of info. All three videos can be viewed down below, with the gameplay video viewable through the archive of the Square Enix Presents.

Released back in September of 2020, Marvel’s Avengers is a cooperative multiplayer game wherein players join forces as Marvel heroes to defeat enemies scattered throughout different locations. The game has several heroes to choose from, including universe mainstays like The Hulk and Captain America as well as newer faces like Ms. Marvel.

The game received mixed reviews since launch, with many citing its grind-heavy design and sparse gameplay options as key contributors. The game has since received several patches since launch aimed at tweaking its gameplay, with the most recent one allowing players to replay the story campaign even after it has been completed.

Marvel’s Avengers is currently available on PlayStation 5, PlayStation 4, Xbox Series X, Xbox One and PC. For more on the game, check out our review from when the title launched. There’s also our opinion piece on the tweaks made to grinding for experience, which are confusing given past criticisms of the game.