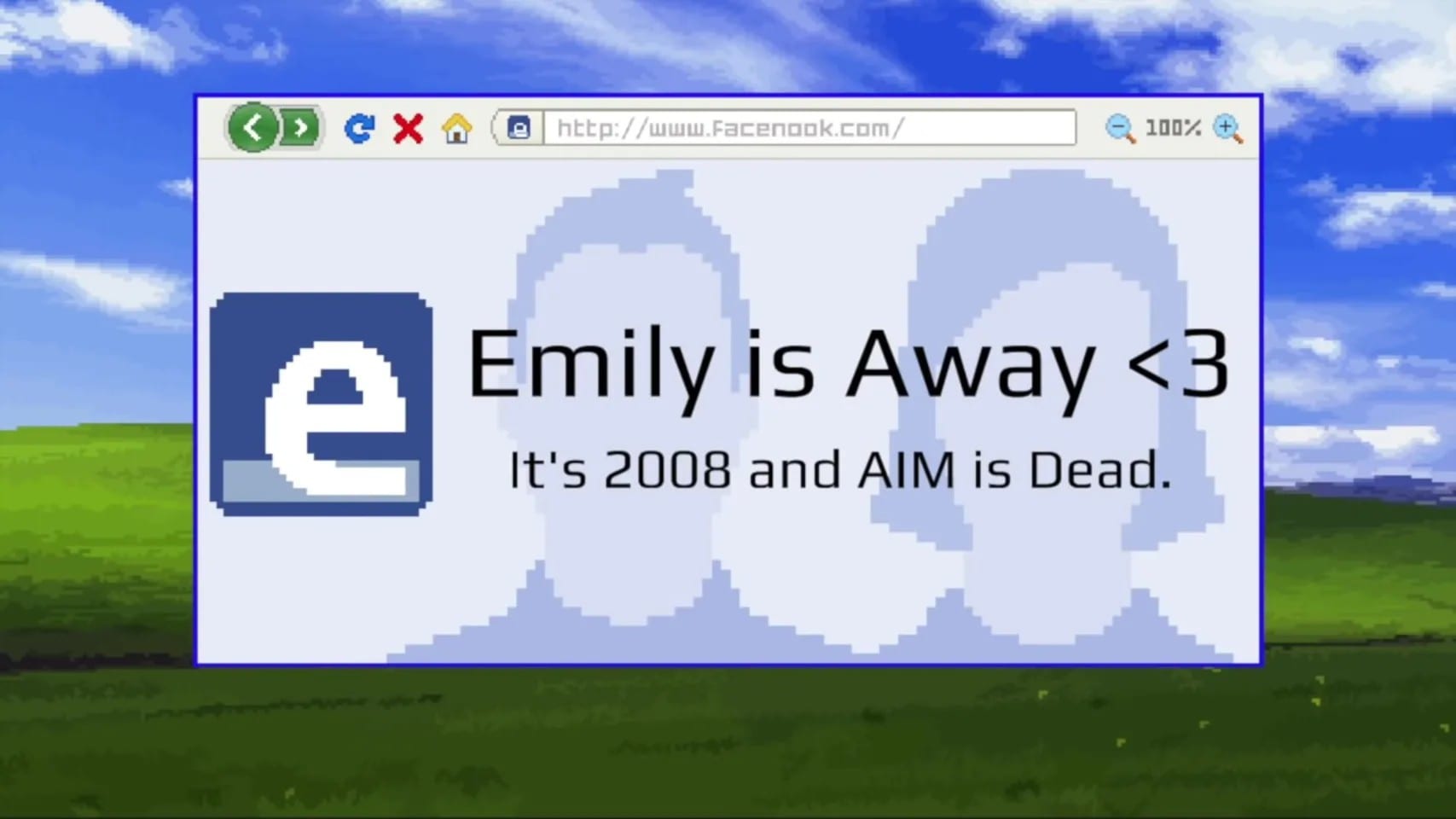 Last night, indie developer Kyle Seeley announced the next game in the Emily is Away series via his Twitter account. Titled Emily is Away <3, the third installment sees the introduction of Facenook, transporting social media to 2008 and moving away from the AIM format that’s been used for the last two titles.

While the social media format may have changed a bit, the goal of Emily is Away <3 is still very similar. Players will interact with NPCs and see what everyone is up to through statuses and comments as the interactive novel moves along.

Other features that are sure to poke your nostalgia have also been added to coincide with the game’s time jump, as you’ll craft your persona with wall posts, tagged photos, and plenty of other Facenook features. Just like the previous titles, Emily is Away <3 also has multiple branching paths and unique conversations that lead to a number of distinct endings.

One of the more interesting changes this time around is that the player won’t only be interacting with Emily and Evelyn, the two romantic choices from Emily is Away Too. Instead, players will talk to five characters as the story progresses.

There is no telling as to if you’ll be able to romance all of them, but it’ll be interesting to see there impact on the story. If nothing else, the introduction of new characters does add more depth to the game, as social media was all about meeting new people and interacting with as many as them as possible back in 2008.

Emily is Away is set to release on April 16, 2021, for PC. We will be sure to update you with any more information as it comes out.