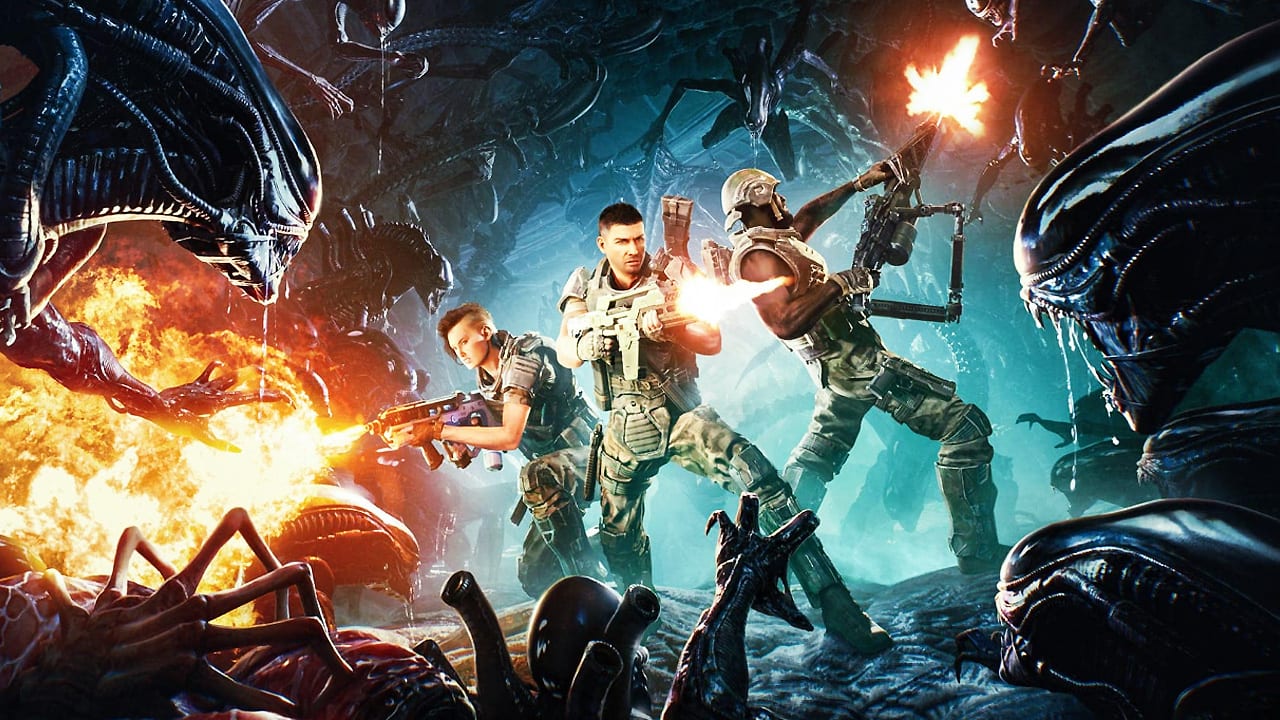 Cold Iron Studios has just officially revealed six new weapons to help you take down those pesky Xenomorphs in its much-anticipated co-op third-person shooter, Aliens: Fireteam. Courtesy of IGN, here’s a rundown of what weaponry you can expect in the upcoming PvE action-horror experience.

Yes, stop your grinnin’ and drop your linen, you can now breathe a sigh of relief as one of the most iconic weapons in the whole movie franchise — the M41A2 Pulse Rifle — will officially be making an appearance. Phew!

Next up, you’ll also have the opportunity to wield the L56A3 Smartgun, which is another legendary weapon that’s prominently featured in James Cameron’s 1986 sci-fi classic, Aliens. In past licensed games based on the beloved horror franchise, this massive machine-gun auto-targets its foes and packs some mighty firepower as well.

Elsewhere, Aliens: Fireteam will also give players the chance to incinerate some bugs with the OCAP-91 Volcan. That’s right, you’ll be able to toast those nasty Xenomorphs with a good ol’ fashioned flame-thrower just like in the movies.

Meanwhile, rounding out the list are a handful of other more traditional armaments such as the M42A3 Sniper Rifle, the Type 78 Burst Pistol and the DT-57 Medved Shotgun.

The last couple of Aliens games have been pretty hit and miss. Creative Assembly’s 2014 cat-and-mouse survival-horror title, Alien: Isolation, was a huge hit with fans and garnered quite a lot of critical praise, too. And while 2019’s Five Nights At Freddy’s-style, Alien: Blackout, had some decent ideas up its sleeve, it was ultimately a bit of a letdown. Oh, and that’s without mentioning Gearbox’s disastrous Aliens: Colonial Marines from 2013.

So, while it’s been a long time coming, it looks like we may finally have a decent video game based on one of the coolest science fiction monsters to ever grace the silver screen. Fingers firmly crossed, right?