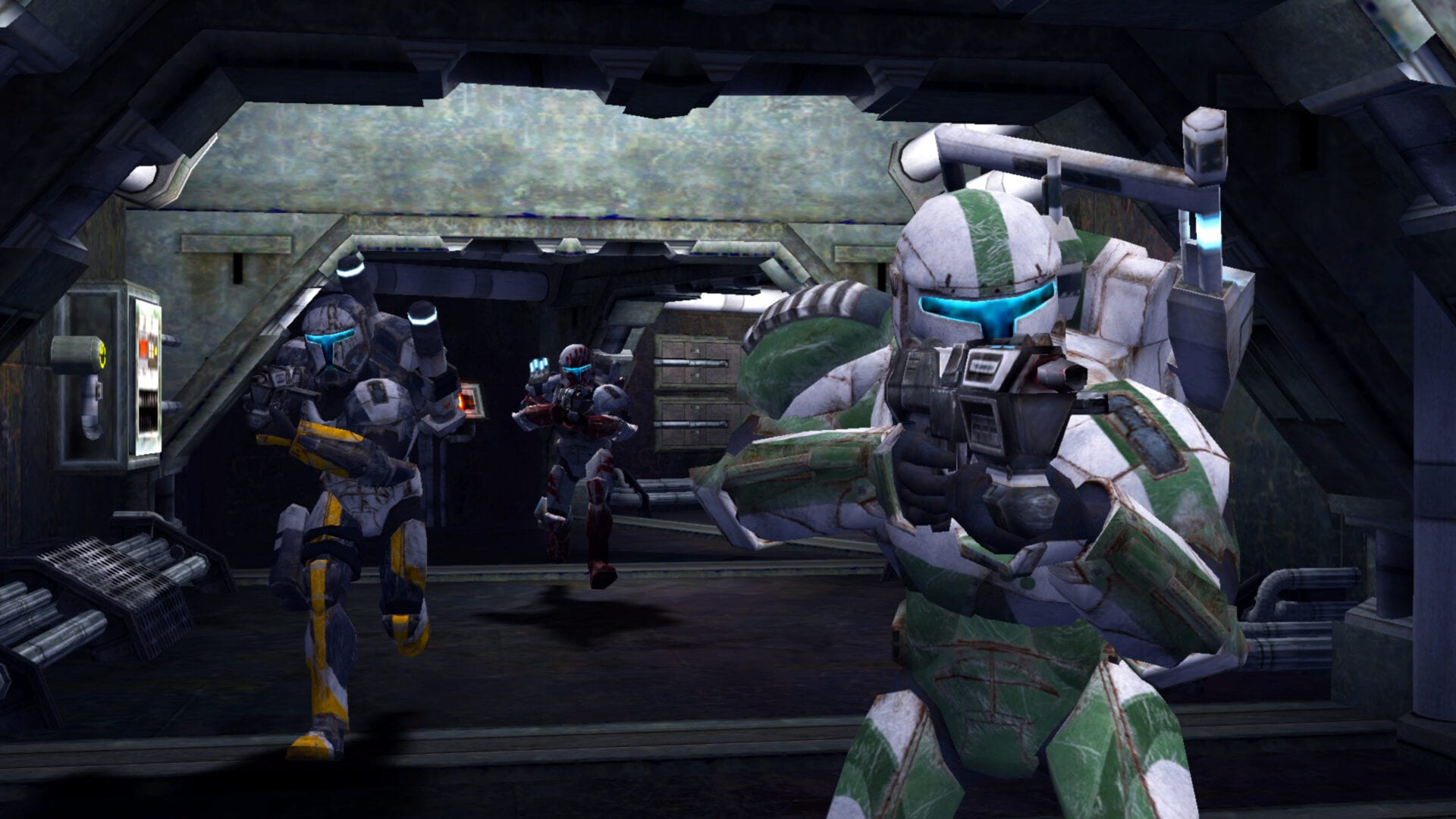 Star Wars Republic Commando is being re-released and will be launching on PlayStation 4 and Nintendo Switch in April, Aspyr Media announced today.

The first-person tactical shooter originally launched in 2005 for the original Xbox and PC, and featured an order system that allowed players to command three other elite clone troopers to take on missions during The Clone Wars.

“Chaos has erupted throughout the galaxy,” the announcement’s description reads. “As leader of an elite squad of Republic Commandos, your mission is to infiltrate, dominate, and ultimately, annihilate the enemy. Boss, Fixer, Scorch, and Sev, better known as Delta Squad, are back! Your squad will follow your orders and your lead, working together as a team – instinctively, intelligently, instantly.”

The fan-favorite Star Wars game is being brought back with modernized controls and just the single-player campaign with no multiplayer. Star Wars Republic Commando will be launching for PlayStation 4 and Nintendo Switch on April 6 for $14.99.

Aspyr re-released Star Wars Jedi Knight: Jedi Academy and Star Wars Episode I: Racer for consoles last year, and recently announced it is bringing back original Xbox and PC game Stubbs the Zombie in Rebel Without a Pulse for modern platforms in March.