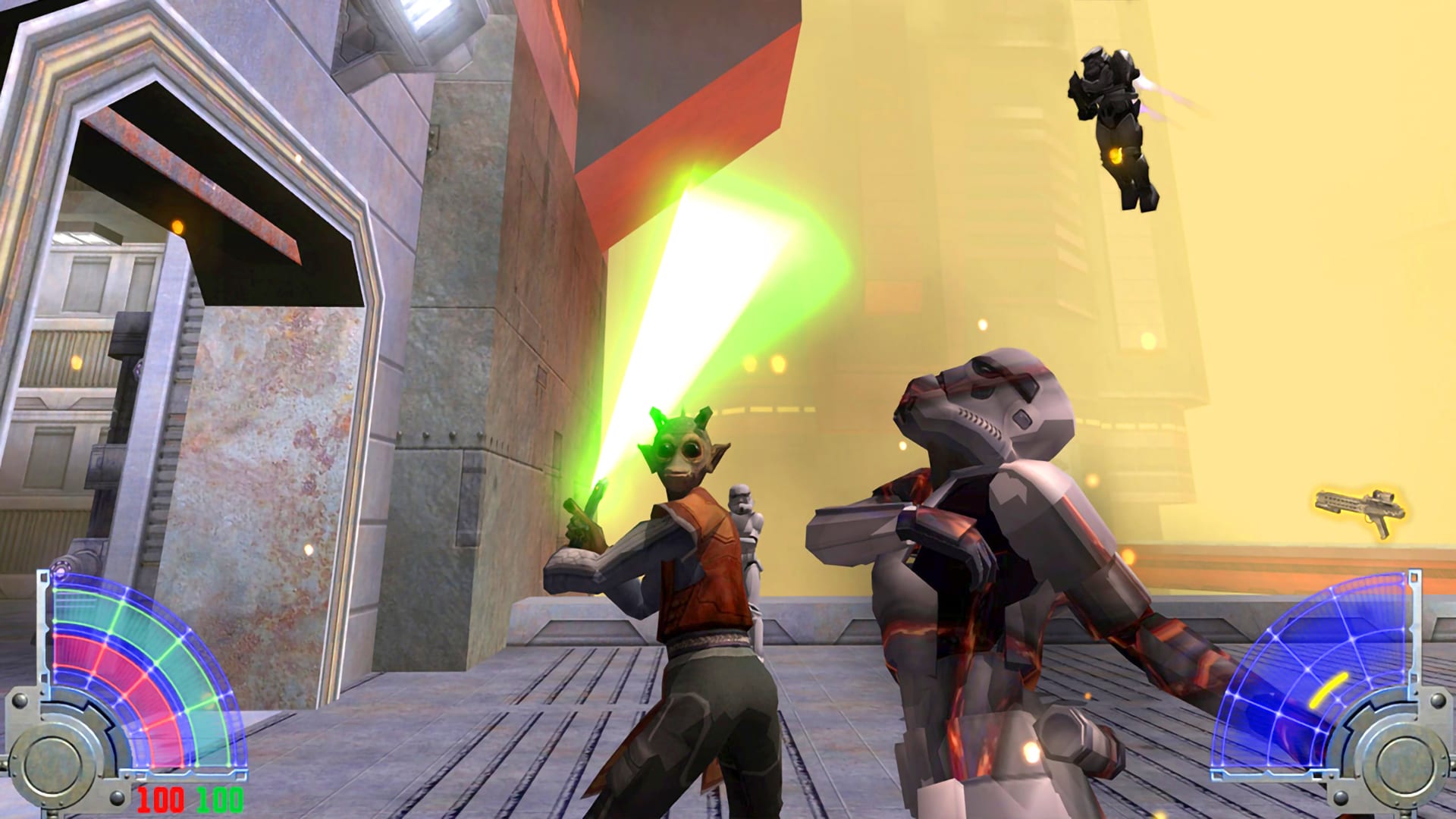 A re-release of the first and third-person shooter Star Wars Jedi Knight: Jedi Academy was announced and released today for PlayStation 4 and Nintendo Switch.

The game, first launched for the original Xbox and PC in 2003, will contain a story mode and online multiplayer for up to 16 players. The multiplayer features modes such as Siege, Capture the Flag, and Free for All alongside character and lightsaber customization.

Nintendo announced the re-release during its Nintendo Direct Mini presentation earlier today, but is also available for digital download on PlayStation 4 for $19.99.

A re-release of 1999 Nintendo 64 game Star Wars Episode I: Racer was also announced during the presentation, which is coming to the PlayStation 4 as well.

The racing game based on the podracing scene from Star Wars: Episode I – The Phantom Menace will feature “single and multiplayer modes,” according to a press release, and has a release date of Spring 2020.

The game originally released for Nintendo 64, PC, Mac, and Game Boy Color in 1999, followed by a Dreamcast port in 2000. The PC version was made available again for modern computers by GOG in 2018, but multiplayer was still limited to a LAN connection.