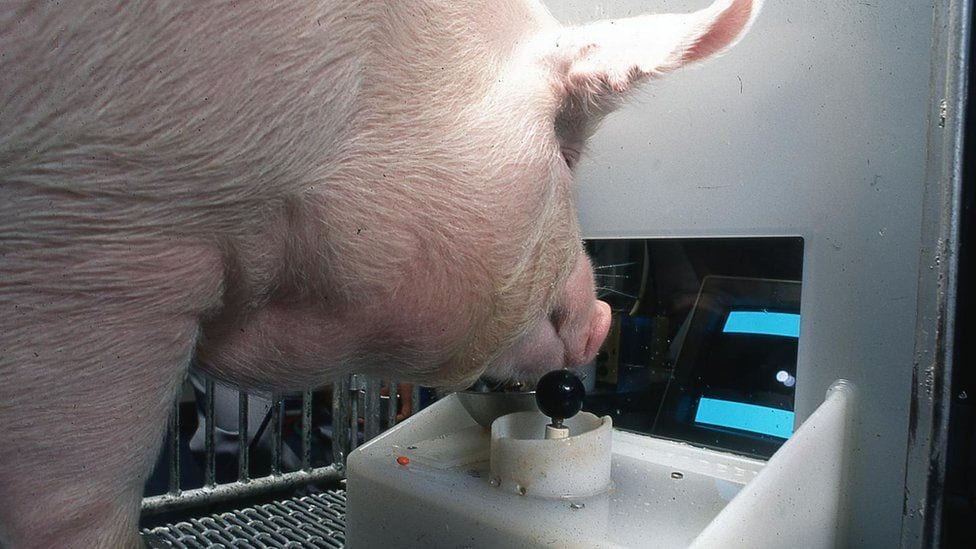 Yes, you read that right: A new study has officially confirmed that pigs can play video games, albeit so long as they’re on the simpler side.

In a piece published by the BBC on Feb. 11, it was revealed that a new study had confirmed pigs can play and understand simple video games. Not only that, but they’ll do so even when there isn’t a food-based reward tied to interacting with it, with the pigs instead carrying out the activity for the social aspect.

The study was carried out using four different pigs – Hamlett, Omelette, Ebony and Ivory. The pigs were left in front of a joy stick, which they could then manipulate with their snouts to aim a reticle at targets that popped up on a screen, also in front of them. Successfully moving the reticle over a target would lead to a reward, either in the form of food or – after the food dispenser broke – kind words from the researchers involved in the study.

While the pigs’ accuracy varied across the four test subjects – and they could only really play simple games like the aiming reticle one – their recognition and response to what happened on the screen proved remarkable in the eyes of the researchers. Likewise, it carried an important lesson in understanding just how smart and feeling the animals really are.

“This sort of study is important because, as with any sentient beings, how we interact with pigs and what we do to them impacts and matters to them,” the study’s lead author Dr. Candace Croney said.

Needless to say, it’s probably one of the more interesting video game-related bits of news to come out recently. Those that want to read up on the full details and findings of the study can do here.

For more on video game-based studies, check out our coverage of a study from last year that showed video games are good for players’ mental health.