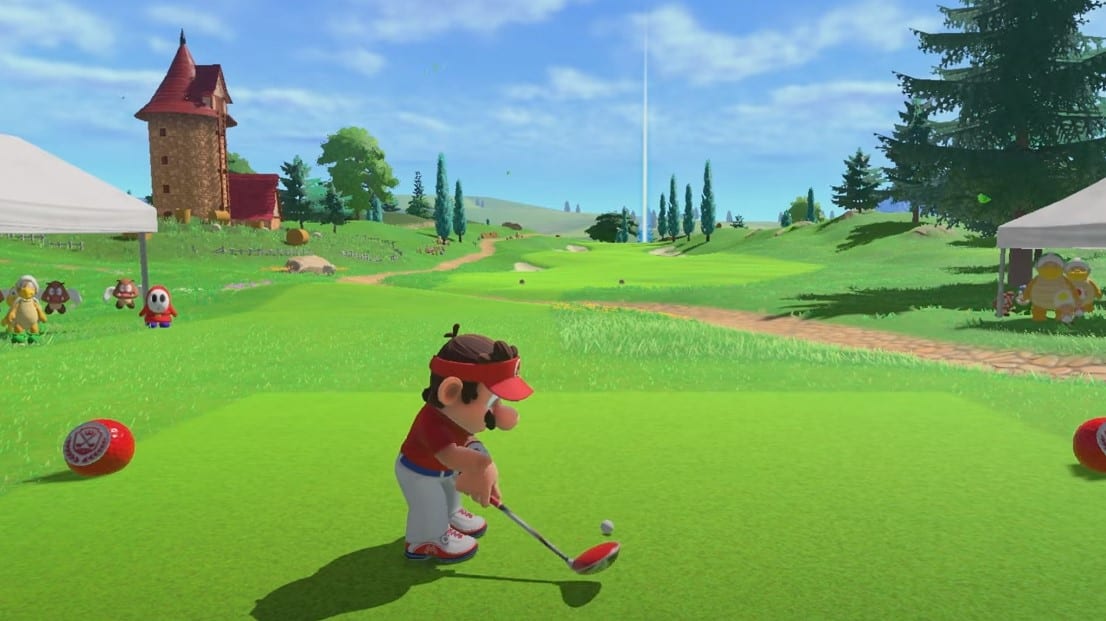 Earlier today during the Nintendo Direct, the first trailer for the brand-new titles, Mario Golf: Super Rush, was released. This is the first time that a new Mario Golf will be released since World Tour launched on the 3DS.

Along with a fancy new title, there were also a couple of game modes shown off in the trailer. Speed Golf was the first one shown off. In this mode, everyone tees off at the same time, then races to hit their ball into the hole as fast as possible.

In between shots you have to run to where your ball landed in order to take your next shot. And there are even some power-ups — like the Ice Flower — that you can use to get to your ball faster while slowing down your opponents.

Just like in World Tour, there will also be a story mode featuring your Mii. As you progress through the game, you’ll also be able to improve your stats. This Mii will also be playable in versus modes.

On top of that, features like the shot gauge and the improved scan feature will give you a better idea of how your shots will fly and land.

But the biggest new feature added to the Mario Golf franchise is motion controls. Just like in Wii Golf, you can swing your controller like a club. However, button controls are still available to those who prefer the classic style.

One other thing that stood out during the trailer is the complete lack of any courses that appear to be Mario-themed. But this is just the reveal trailer, so there’s no indication yet if Mario Golf: Super Rush will include more than just realistic golf courses.

Pre-orders for Mario Golf: Super Rush will go live following the conclusion of the Nintendo Direct and the game launches on June 25.

Don’t forget to check out the reveal trailer for Mario Golf: Super Rush down below.

And while you’re here, you might want to check out all of the other reveals in the full Nintendo Direct below.