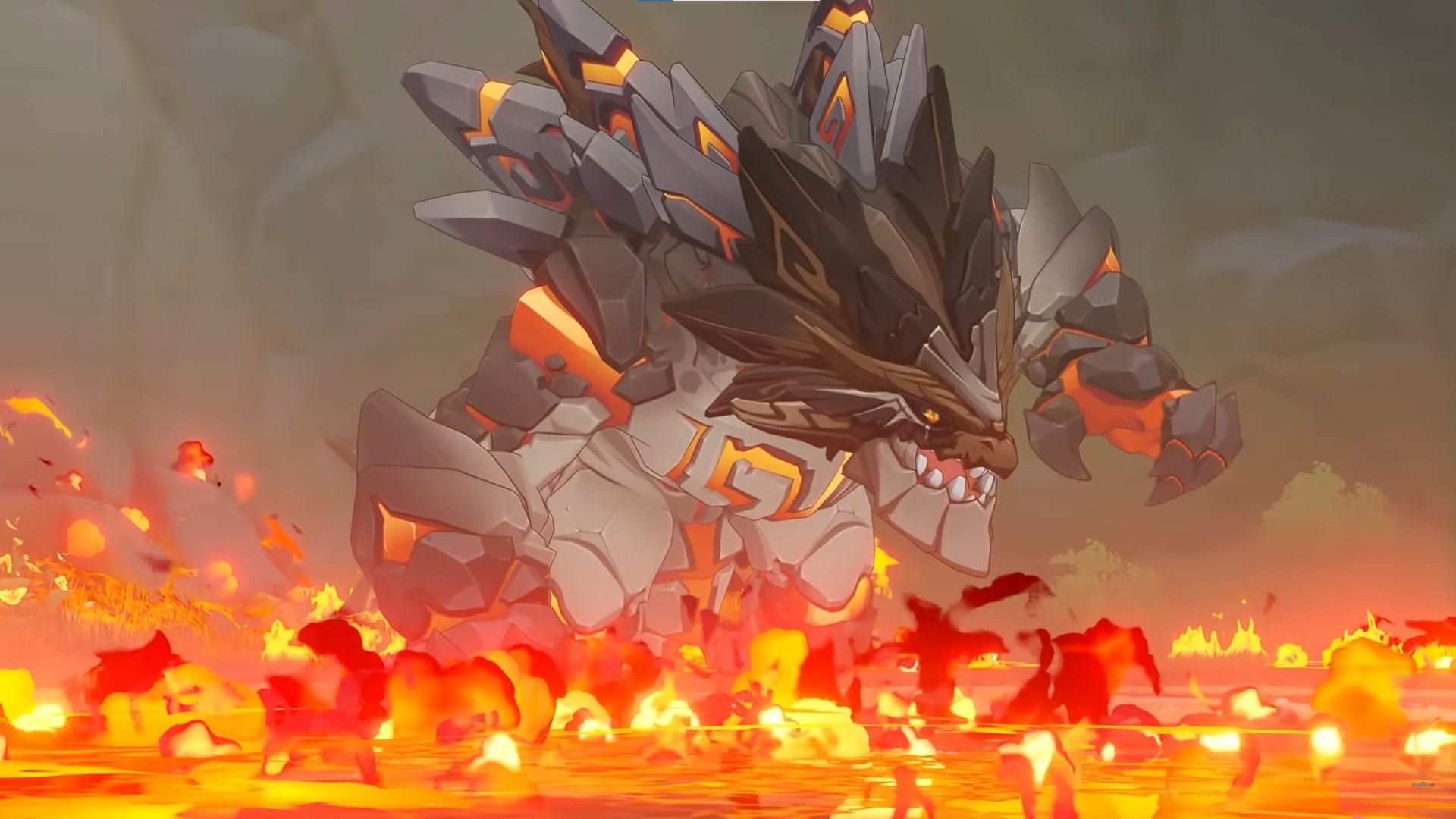 Genshin Impact is a pretty big open-world RPG with plenty of world bosses to go up against in order to farm for items. With the recent version 1.3 update, another tough world boss has been added. Here’s how to beat the Primo Geovishap in Genshin Impact.

There are a few steps you’ll need to follow, so we’ve outlined them down below with some screenshots to help.

How to Beat the Primo Geovishap in Genshin Impact

First of all, you’ll want to start the Even Mountains Tremble event in order to find the location of this world boss. Selecting the event will give you a quest titled There’s No Restoring This Past Land of Beauty.

Once you have the quest, a marker will appear just outside of Liyue Harbor on a man named Zhiping. Speak to him and he’ll show you exactly where you can find the Primo Geovishap.

After the conversation, simply head over to the marker. It’ll be in the Tinaqiu Valley, to the northwest of your current location.

The most important thing to know about fighting the Primo Geovishap is that you should be taking advantage of Genshin Impact’s shield mechanic.

This boss can absorb elements and shoot them out as powerful Hydro, Pyro, Cryo, or Electro attacks. Shields can reflect a decent amount of that potential damage, so characters that can create shields at will are extremely useful in this boss battle.

Geo-types like Noelle, Zhongli, Albedo, and Ningguang are the best options for getting a shield up because Geo shields can reflect the elemental attacks, no matter which element is thrown at you.

Other shield users like Beidou, Diona, and Xinyan work as well, but they’re just a bit less efficient since they can only create shields that reflect their own element.

If you’re using one of those three non-Geo shield users, you’ll want to attack with their own element so that you can reflect it back.

The Primo Geovishap also uses a combination of close-range melee attacks that you’ll need to watch out for. It has a regular swiping combo if you’re in front of it, and a spin attack for when you’re behind it. The best course of action is to keep close while also trying not to stay in front of it for too long.

If you get too far away from it, the Geovishap will either burrow underground to chase after you, or attack from a distance with rocks that appear from the ground.

If you don’t own any of those seven characters mentioned above, then you should aim to obtain Noelle, or even Beidou. They’re both available to purchase in the shop this month using the Starglitter currency.

After winning the fight, you’ll be able to challenge it again regularly at the same location, just like the other world bosses.

That’s everything you need to know about how to beat the Primo Geovishap in Genshin Impact. Be sure to check out our guide wiki for the game to find more tips.