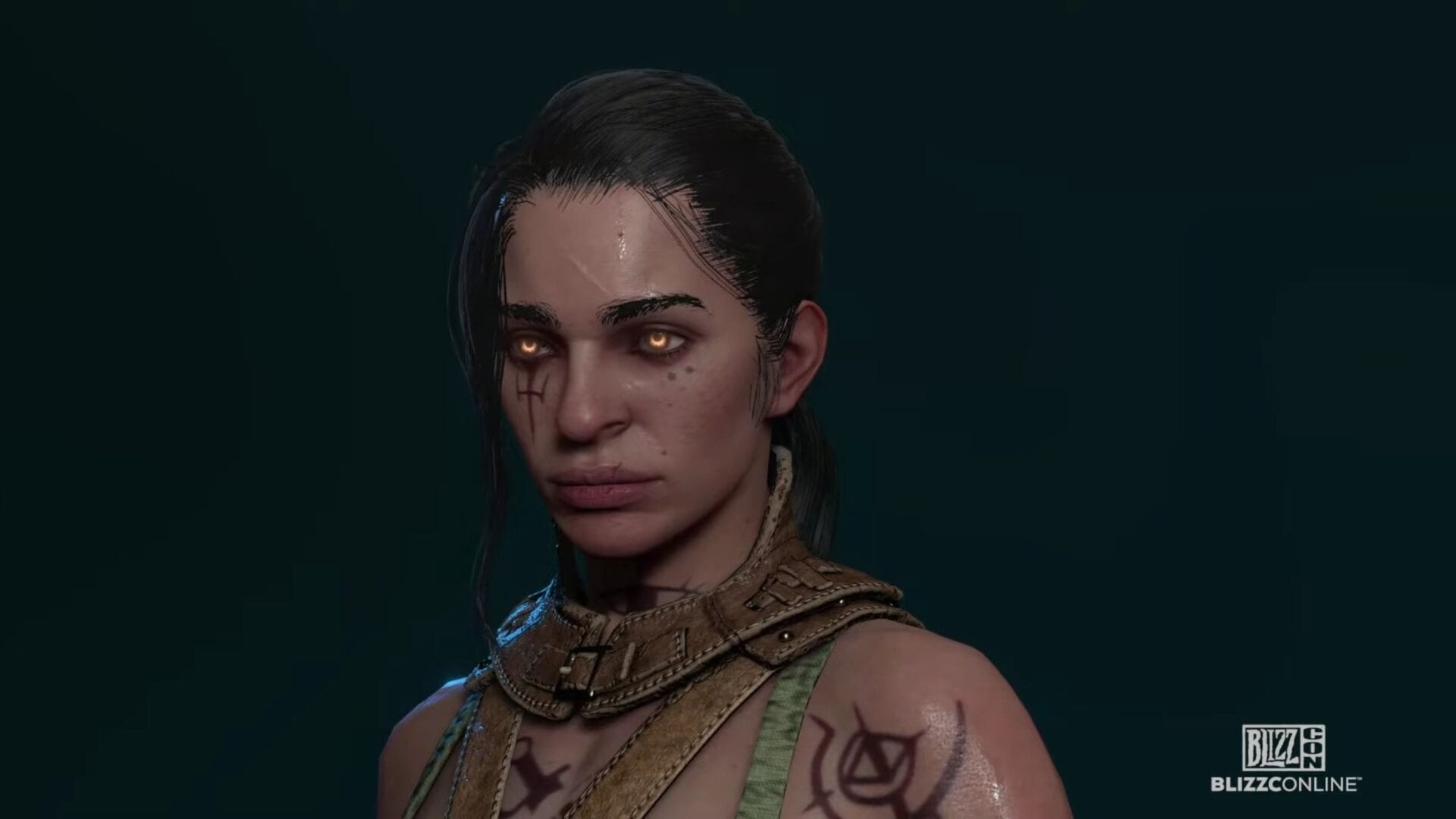 Blizzard is currently hosting BlizzConline, and the developer shared a lot of new details and footage of Diablo IV.

Following the reveal of the Rogue class, we get to see the weapon selection including swords, daggers, bows, and crossbows, alongside visual customization.

You can also imbue attacks with a variety of elements to add more flexibility to your build.

Next, is a look at the open world. You can collect mounts by solving puzzles, visiting locations, and slaying monsters. You can also personalize them in several ways to make them feel like your companions.

We take a look at Camps, which are “stronghold of evil” in the open world. Players will have to reclaim them for the people of Sanctuary. Each has their story and the feature lets you have a real impact on the world. Once you clear them, you’ll have a new waypoint, marketplace, and more.

Another element showcased is traversal, with movement options that are new to Diablo games, including environmental puzzles.

Speaking of PvP. There are areas in the open world called “Fields of Hatred” that are dedicated to PvP.

In these areas you can earn Shards of Hatred that can be purified and turned into currency that can be spent at a dedicated vendor. When you try to purify them, other platers will know and will be able to attack you to steal your shards.

What you can purchase Shards of Hatred isn’t more powerful than equipment acquired elsewhere, but it’s more focused on what PvP-dedicated players may want.

As you engage in PvP more and more you will become a “Vessel of Hatred” and everyone will see you on the map as a threat. Other players will get bonuses for killing you, but you will also get a big reward if you manage to survive for a certain period of time.

You can collect ears as trophies. They’re actually marked with the name of the people you kill in PvP.

If you’re unfamiliar with Diablo IV, it was announced back in 2019, and it’s coming for PC, PS4, and Xbox One.