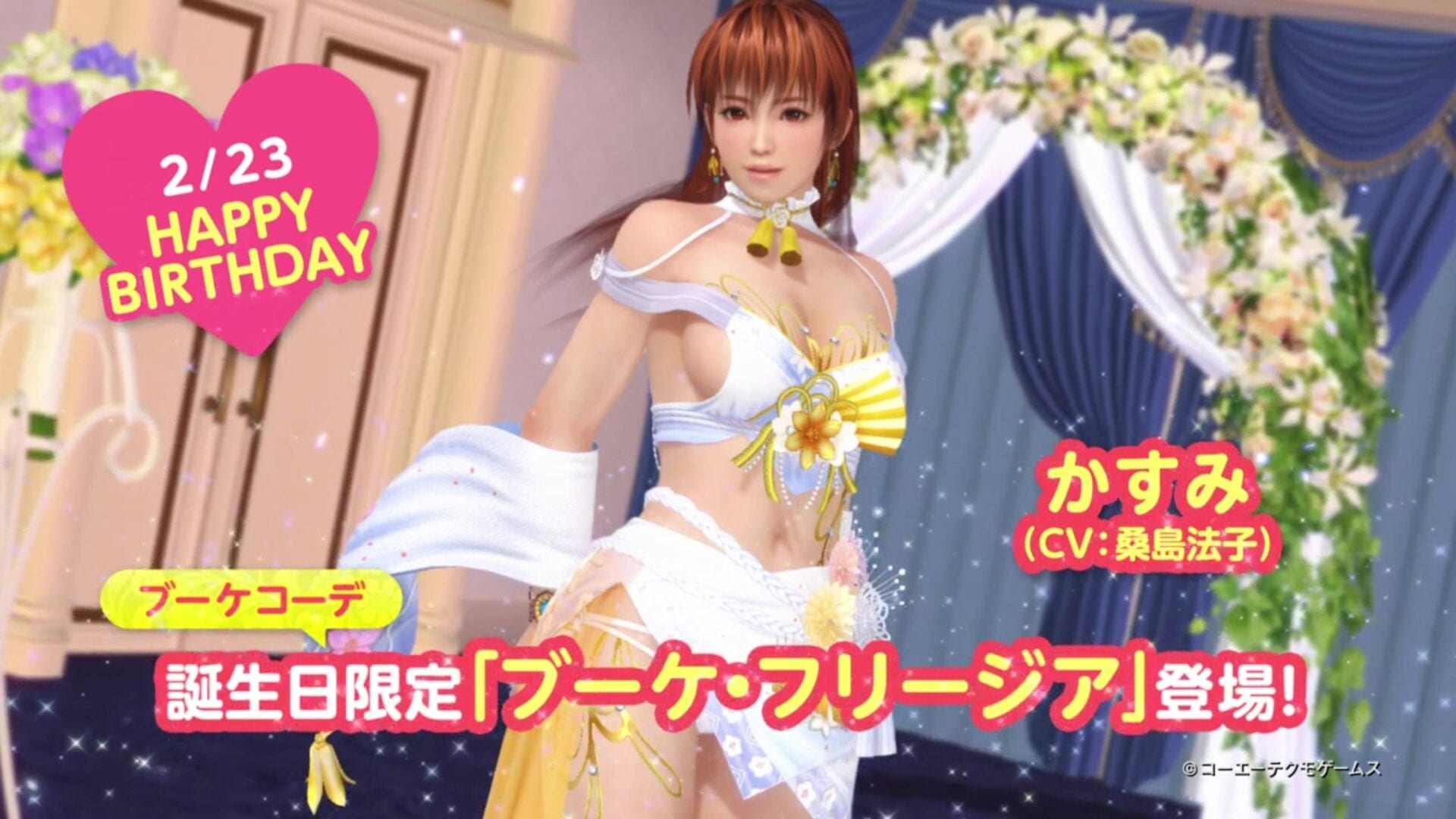 If you’re familiar with the free-to-play game, you likely already know what this means.

The developer implemented not one, but two paid-only gacha featuring a new SSR costume to celebrate the birthday.

One bunches the new costume together with a ton of old ones, while the other has costumes from last year and 2019. The sneaky effect of the bundling is that the new costume isn’t offered at the standard 1.10% SSR rate, but instead you have a slimmer 0.78% chance to unlock it.

Incidentally, the newest costume is not available in the Steam version in English, which is behind in content by approximately a year. That one offers the version from last year instead.

You can see what the new costume and the older one look like in the trailers below, dedicated respectively to the Japanese and English versions.

Incidentally, if you’re not that interesting in paid stuff, tomorrow we’ll see the usual monthly livestream that should bring forth plenty of freebies, including February’s free trend SSR ticket.