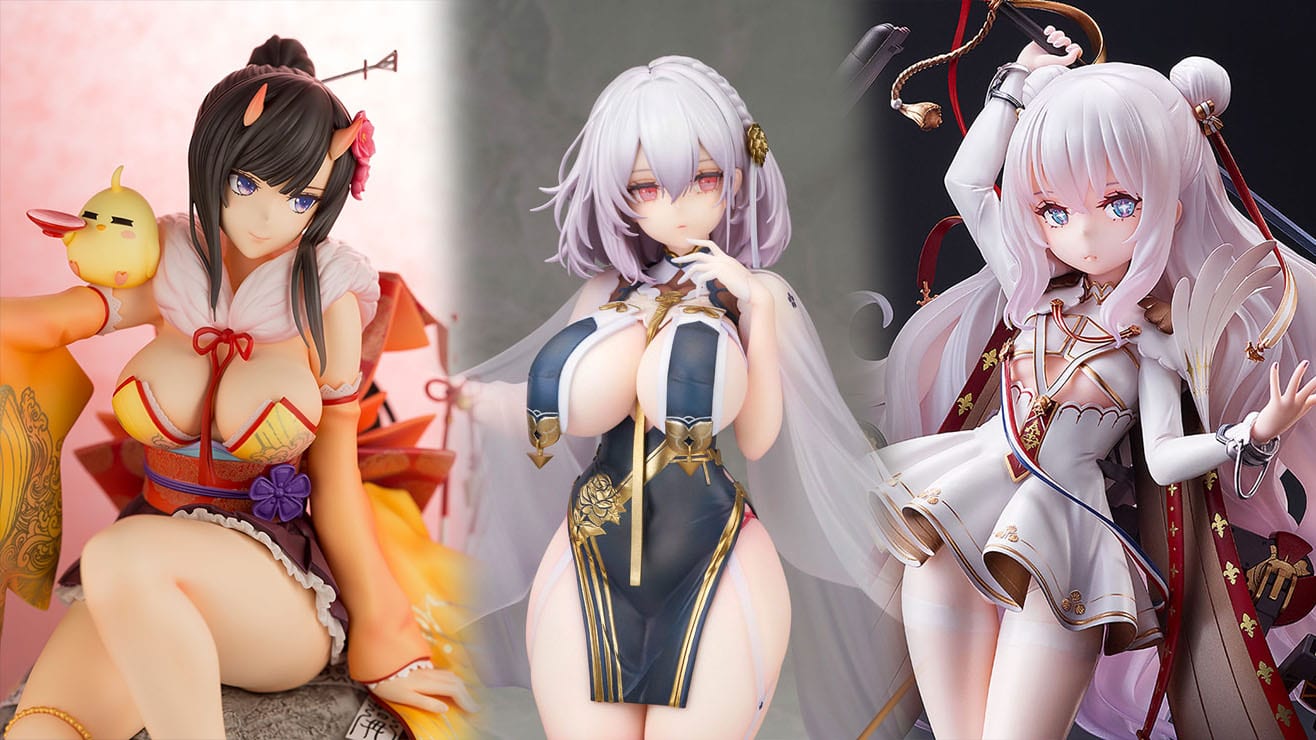 Azur Lane is extremely popular in Japan, so it isn’t surprising that its shipgirls are often portrayed by local figure manufacturers.

We start with Sirius in her Azure Horizons skin by Alter.

She is available for pre-order at Ami-Ami with a 22,780 yen pricetag, which translates into approximately $216.

Her release window is quite far, May 2022. The scale is 1/7, for a rather sizable 280 mm despite the kneeling position.

Next comes Le Malin by Mimeyoi, whi is also available for pre-order at Ami Ami, priced at 21,450 yen (approximately $203) for the edition with the rigging, and 18,480 yen (just north of $175) for the simpler edition without her weaponry.

Her release window is February 2022, and the scale is also 1/7. That being said, she’s certainly shorter than Sirious, standing at 240 mm.

Last, but not least, we get to see Ryuuhou by Kotobukiya in her “Firebird’s New Year Dance” skin, designed by Tony Taka. We saw her prototype a few days ago.

She is available for pre-order at Kotobukiya’s own store for 19,250 yen, which translates approximately into $182.

Her release window is the closest of the three, July 2021. Her scale is 1/7 like the other two shipgirls.