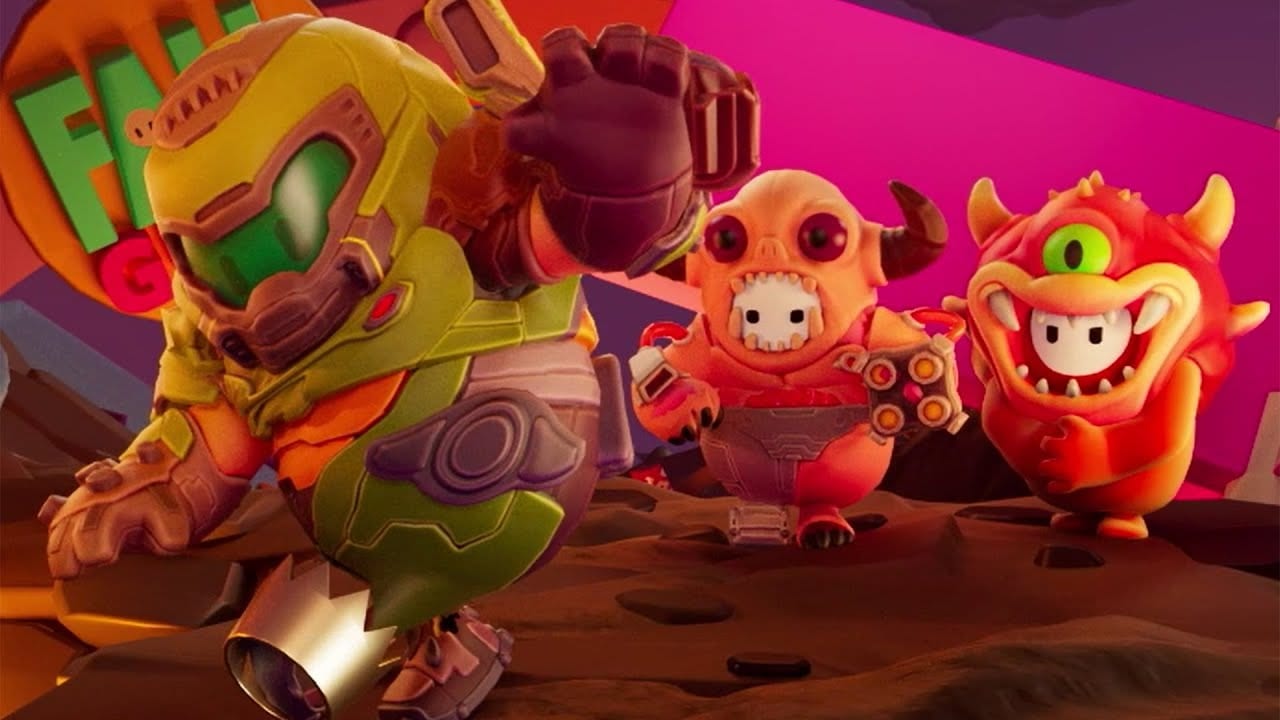 The costumes available to Fall Guys‘ players continues to grow, and the next batch of outfits are perfect for those who want to rip and tear up the competition.

In a trailer posted to publisher Devolver Digital’s YouTube account on Jan. 7, it was revealed that players would be able to select costumes based on characters from the Doom franchise starting Jan. 12. The costumes currently include series protagonist Doom Guy, the Cyber Demon and the Cacodemon.

The reveal came in the form of a cinematic trailer. In it, the game’s contestants can be seen attempting to make their way through obstacle courses, only for the majority to fall into pits and hazards. One such contestant falls into a pit and leaves the event’s crown behind, only for a contestant dressed in the Doom Guy costume to step into the crown with their foot to a heavy metal riff.

They then turn around to see two other Fall Guys contestants dressed as Doom’s demons, ready for a battle fitting of their costumes’ source material. Unfortunately, it never comes: The Doom Guy contestant trips while trying to get the crown off their foot, stumbling into the other players and taking them all down into a nearby pit.

It’s a fittingly silly blend of the two games, and fans of either series will get a chuckle out of the full teaser trailer. It can be viewed in its entirety down below.