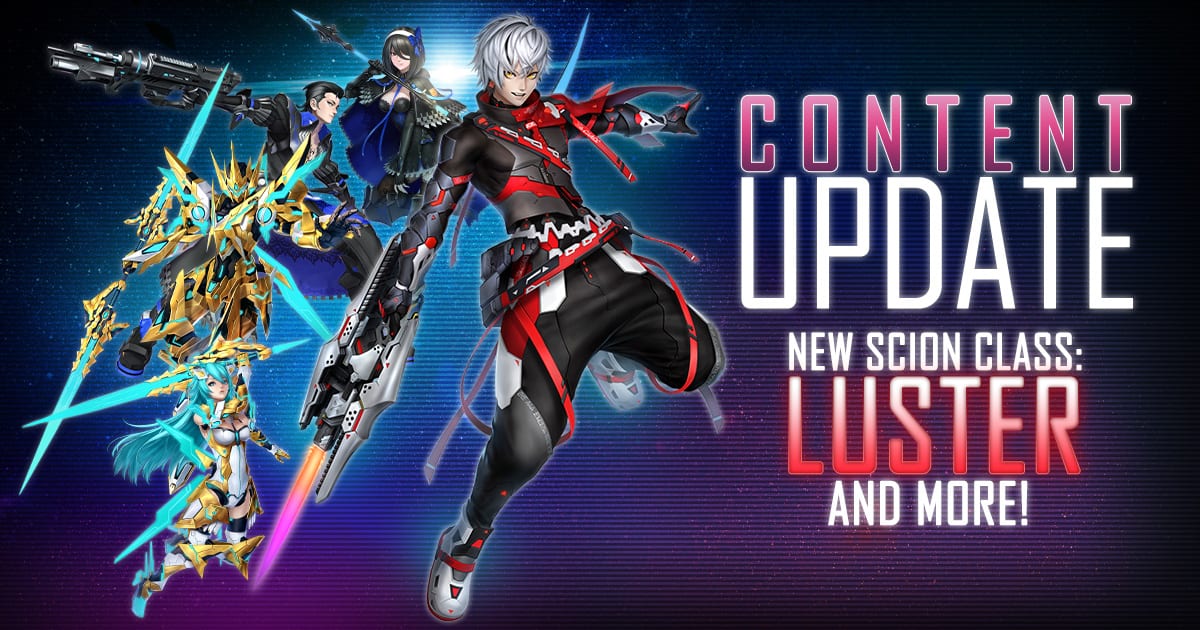 The update will come on Feb 3. to PC and Xbox and will focus on Episde 6 and will include the Luster scion class.

We’ll also get an increase of the level cap to 100 and new story quests.

Below you can check out a batch of screenshots and a feature list.

To tackle this class, players must have attained at least level 75 on two different classes. Lusters can shoot an Evasion Shot, which allows them to fire off a ranged attack while moving and become invulnerable for a brief period following firing. The diverse Gunblade allows for close and ranged combat making the Luster deadly at any range and truly versatile in combat. Players can expend Luster Gunblade Focus and activate enhanced actions through defeating enemies; enhanced actions include Enhanced Attack, Enhanced Shot, and Enhanced Arts.

The battle lines have been drawn, and the Armada of Annihilation continues to gather its forces around the Mothership. The time to strike is now, before any more Luminmech can be created. Sacrifices may be required as it’s going to take an all-out, coordinated attack by ARKS to annihilate Shiva – and the fate of the universe depends on the outcome.

Persona the Masked yet persists, and we’ve picked up his signal coming from an area of altered space. As his resentment of ARKS is not expected to have abated, be cautious as you approach the entity. It is expected that in his current form your assignment will be ULTRA HARD to complete. The following Urgent Quests will now be available in Ultra-Hard Difficulty:

Training in the Risk Realm

Vulcan is here with a frostier look, ideal for matching outfits that have a celestial or wintry feel.