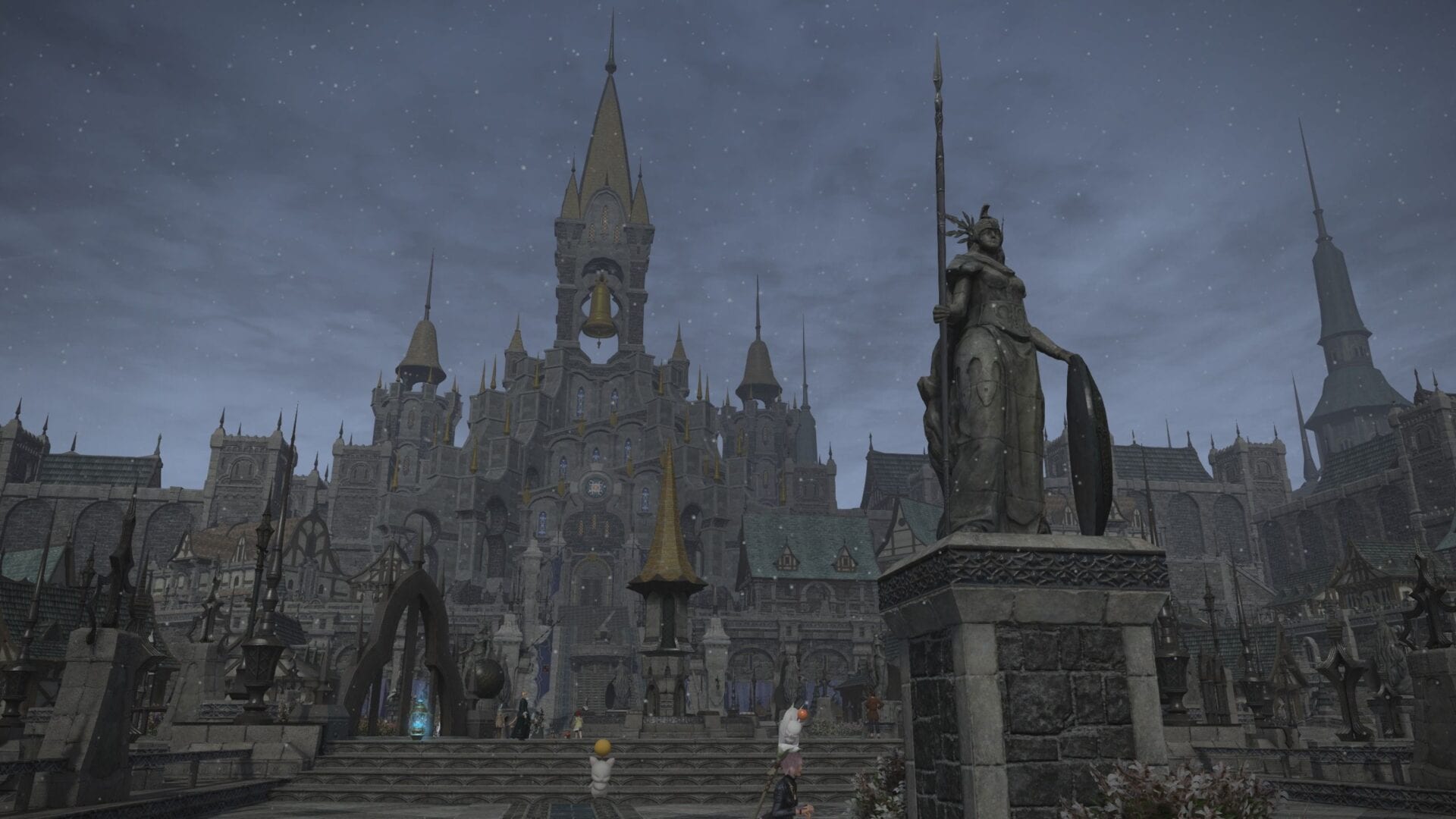 While western servers are far behind, with Balmung being the closest, I have a character left on Gungnir, my original 1.0 server, so I can show you what the restored  Firmament district looks like.

This is quite relevant because we definitely have reason to believe that this is a prototype for Ishgard’s housing wards, which have been teased for a while as content for the next expansion or possibly even earlier.

After the last stage of the restoration, the Firmament spawned an Aethernet like those included in other housing wards, while the houses definitely mirror the sizes and layouts showcased in the Goblet, Mist, Lavender Beds, and Shirogane.

Interestingly, the Firmament also includes a full-fledged spa with open-air baths, massage beds, bar, and even a sauna, which people on Gungnir seem to be enjoying quite thoroughly.

Below you can check out a full video and a bunch of screenshots showing off what it looks like, while you wait for your server to catch up.

Considering that walking all the way to the then-closed gates of Ishgard was literally my first adventure in Final Fantasy XIV 1.0, I may have gotten a little emotional when I witnessed this.

We already know that Square Enix will host a big online event in February, when the new Final Fantasy XIV expansion will likely be revealed. It’s probable that we’ll also hear news about the plans for the new housing wards.