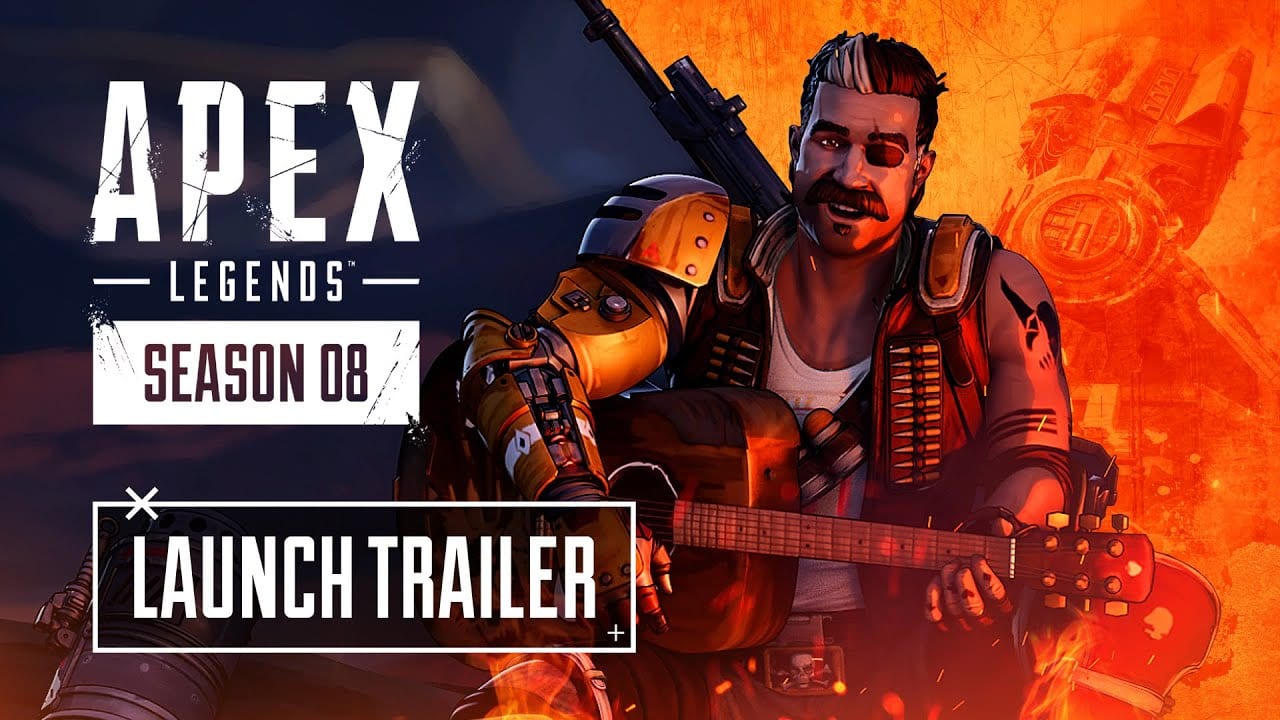 A Stories From the Outlands video was released earlier this week to introduce Fuse — the newest Legend that’ll be joining the Apex Games on Feb. 2. Today’s launch trailer teases his abilities while giving a quick preview of what to expect in Apex Legends Season 8, Mayhem.

Walter “Fuse” Fitzroy makes his cinematic debut in front of the other Legends in this trailer when everything goes wrong. The ship he descends on starts to fire cannon in every direction, threatening the surrounding spectators.

Thanks to some quick thinking, Fuse is able to bring it down with the help of his golden grenade from his Story From the Outlands, which seemed to have an EMP effect.

Soon after, multiple sections of King’s Canyon start to literally explode, changing the terrain in preparation for Season 8 of Apex Legends.

Check out the chaotic Season 8 launch trailer below for yourself below to get a quick look at what’s to come next month:

Be sure to finish up everything that you need to in Apex Legends Season 7 before Season 8 begins. You only have just over a week to grab all of the cosmetics available in the old Battle Pass before the new one comes along.