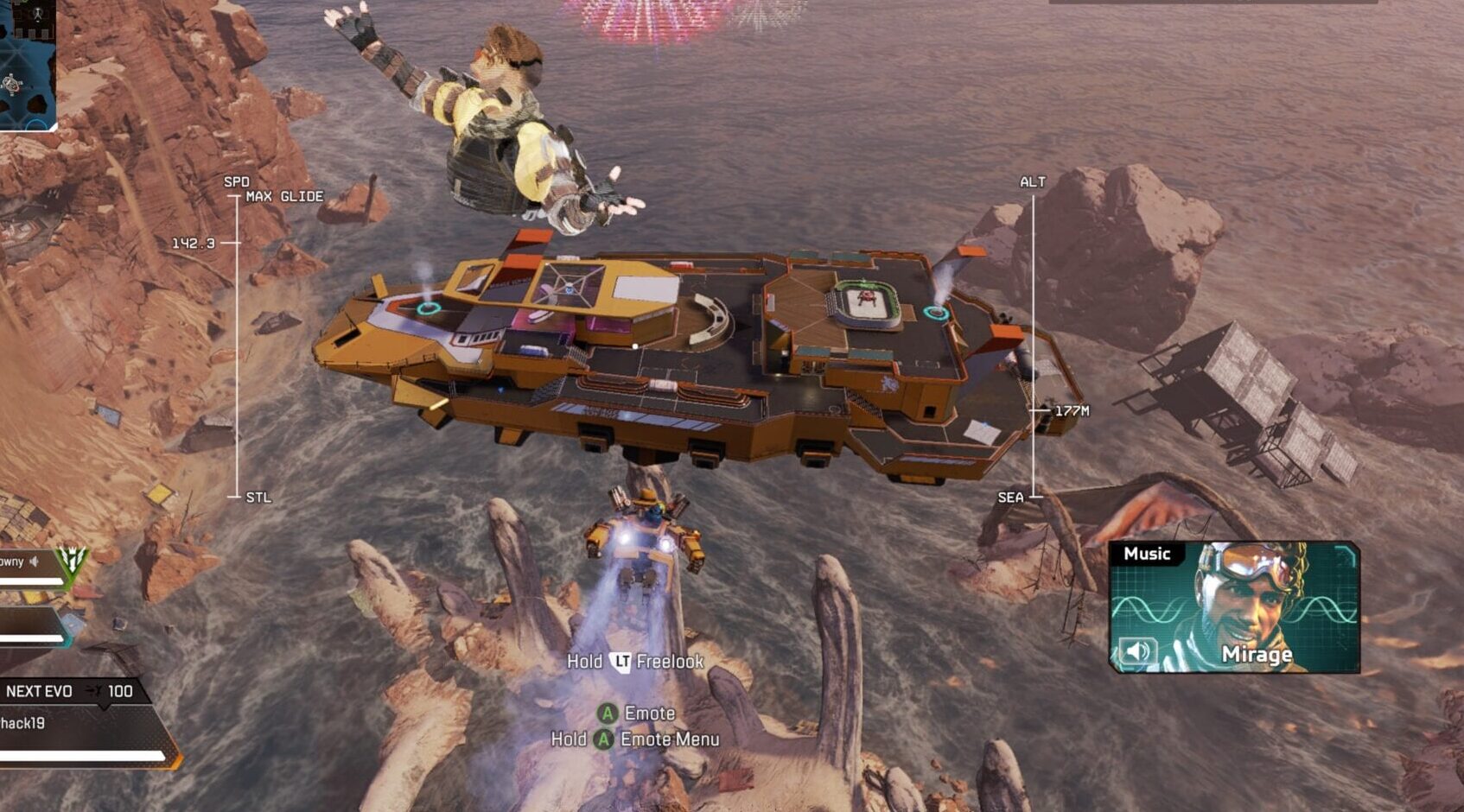 As of today King’s Canyon is back in the map rotation for Apex Legends with one key difference– Mirage Voyage has arrived in the Canyon. Mirage’s ship has taken up residence in the hole where Skull Town used to be, right between Octane’s Gauntlet and Salvage.

There are no ziplines onto or off of the ship this time around, instead you will have to enter on your initial jump or by redeploying. In order to get off of the ship there are some conveniently placed redeploy pads near the front and back. While on the Voyage you can also find and listen to a message from Mirage’s mom on the ship.

Those who have completed the comic collection for Season 7 may remember that both Salvo and the Syndicate were mentioned together in comic 5.

While it is unclear what this union might mean for the Apex games, it is probably safe to say there will be some changes coming because of it.

Unfortunately, for those who are excited to see King’s Canyon again, the map will only be available until Jan. 21. However, while it is here, King’s Canyon will be following the rules for the Fight Night event.

This means that while you are running around King’s Canyon you should be able to find care packages with fully-kitted items to aid in your battle. The Fight Night event will end Jan. 19 so now is also the time to pick up any last Fight Night Packs before the items are gone.