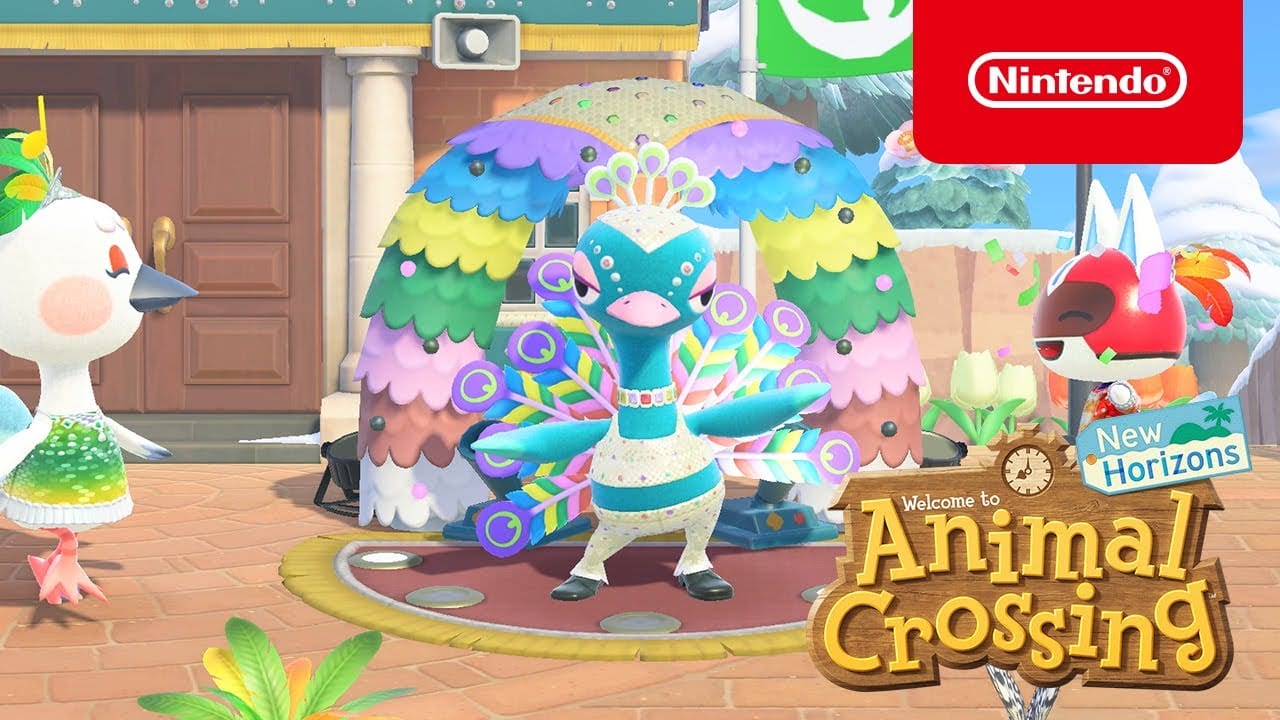 Nintendo has released their January update trailer to Animal Crossing New Horizons as promised. This one is all about the dancing peacock Pavé and the Festivale celebration.

Festivale will take place on February 15 this month. The special character Pavé the peacock will arrive on your island’s resident service plaza for you to talk to.

Pavé will ask you to collect different colored feathers to bring back to him. They’ll be floating around your island and you’ll be able to catch them in your net, just like cherry blossoms in spring and autumn leaves in fall.

Among those feathers, there will be a special rainbow feather that is more rare than others, and Pavé will be very pleased if you bring him this feather.

The update trailer shows the player characters and villagers wearing feathered headpieces that can be worn to celebrate Festivale.

It also looks like there will be confetti machines that you’ll be able to place on your island to celebrate and dance around.

Starting on February 1, furniture will start appearing in Nook’s Cranny for you to buy that will be appropriate for decorating in anticipation of Festivale. We’re not sure if the confetti machine is included here, but there’s a good chance that’s where you’ll be able to buy it.

Additionally, the Nook Stop will receive two Valentine’s Day themed items from February 1 through February 14. You’ll be able to order a Heart Chocolate and a Heart Rose Bouquet to celebrate Valentine’s Day.

Finally, if you update Animal Crossing New Horizons to version 1.7.0, you’ll receive Maracas sent to your mailbox that will be perfect for Festivale.

At the end of the trailer, we see a teaser for the next free update to the game scheduled for March. It shows a Super Mario Bros. mushroom and star, meaning this update will probably be focused on Mario since we already know items from that franchise are coming to Animal Crossing.

The update will be available to download on Thursday, January 28. You can watch the full January update trailer for Animal Crossing New Horizons below.