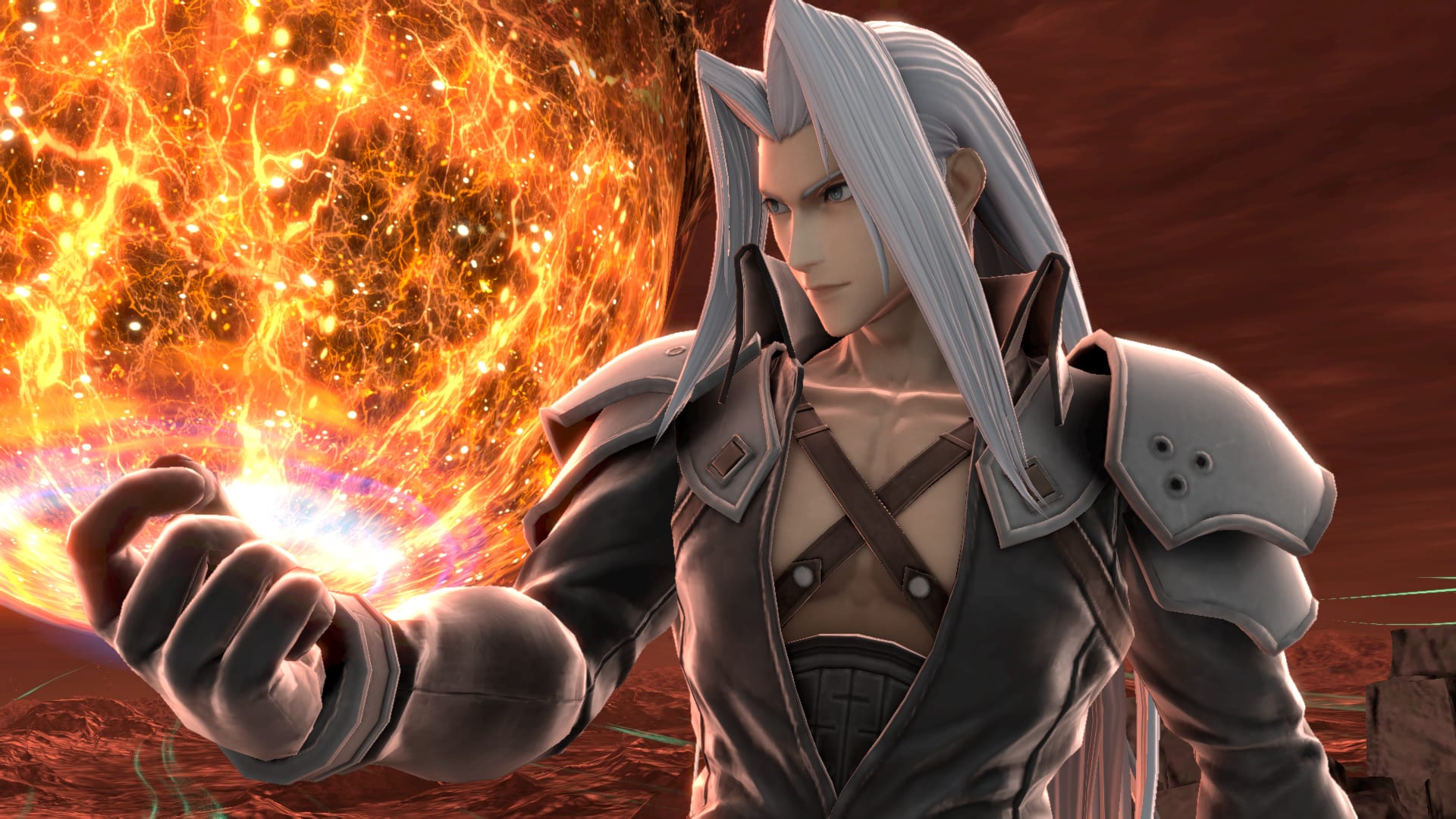 Nintendo held a live-streamed presentation today that was hosted by none other than the Super Smash Bros. Ultimate director, Masahiro Sakurai, to reveal more gameplay of Sephiroth, the latest DLC fighter.

Before Sephiroth was shown off, Sakurai revealed the new Mii Fighter costumes coming to the game. To go along with the theme of Final Fantasy VII, Barret, Tifa, and Aerith will be available for purchase for $0.75 each. There’s also a cute Chocobo hat and Super Mario RPG fans will be happy to hear that Geno will be arriving as a Mii Gunner costume as well.

As for Sephiroth himself, interestingly enough, we learn that he will only have his Japanese voice for all of his phrases. Also, every single Smash attack from Sephiroth will have super armor, making it difficult for enemies to stop the attack once it starts.

If you get KO’d as Sephiroth or even KO an opponent, there could be a chance that his dark wing will disappear, which is what allows him to perform multiple jumps in the air. If you’re at a stock disadvantage, the wing can come back after taking some damage. According to Sakurai, players will see some differences depending on the situation.

Sephiroth’s neutral special is one of three moves, depending on how long it’s charged for. If you fire it immediately, the move is Flare and it’s long-ranged and ends in an explosion. Hold it a bit longer to get Megaflare and the final move with the most power is Gigaflare.

The side special is Shadow Flare and shoots a projectile at foes, and if it hits them, purple flames will surround them and then eventually cause damage if not blocked correctly. It can also be reflected.

The up special is called Blade Dash and can be used to get away from opponents or for getting back on the stage. If you hold up B, the move then becomes Octaslash, which is a powerful horizontal slash attack.

As for the down special, this one is called Scintilla, which acts as a counter.

Sephiroth’s final smash is called Supernova and causes several effects on players. One foe could have reversed controls while another will be launched off to the side.

Northern Cave is the new stage being added to Super Smash Bros. Ultimate and it is where the final boss fight originally takes place in Final Fantasy VII. There will also be nine music tracks added to the game from Final Fantasy VII, including Aerith’s Theme of course.

Sephiroth will release on Dec. 22, for $5.99 USD. If you have the Fighters Pass, of course, you’ll receive him at no extra charge. But, there is a way to unlock him a bit earlier.

There is a limited-time event in Super Smash Bros. Ultimate going on that lets players challenge Sephiroth and it’s called Sephiroth Challenge. It’s accessed from the main menu of Ultimate and is only available from Dec. 17 to Dec. 22 for those that have purchased the DLC or the Fighters Pass. If you can beat him, you’ll have access to him before the actual release date.

You can view the presentation down below for yourself:

Super Smash Bros. Ultimate is available for the Nintendo Switch. You can read our review here to find out why it’s so good.