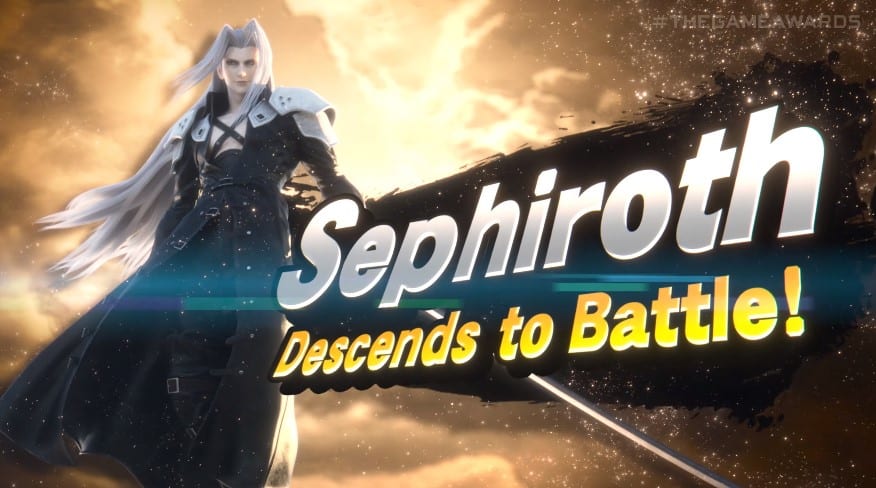 Earlier this evening, Sephiroth from Final Fantasy 7 was revealed as the next fighter that’s coming to Super Smash Bros. Ultimate. Sephiroth is the ninth DLC fighter to be announced for Nintendo’s platform fighter and the third for the current Fighters Pass Vol 2.

In the trailer, Sephiroth was shown squaring off against the full lineup of Ultimate’s roster, including none other than Cloud Strife. Sephiroth joins Cloud as the second Square Enix character to make it into the game as a fighter.

His trademark Masamune is as ridiculous as ever. On top of that, he appears to have a counter along with projectiles that may make Sephiroth a dangerous opponent to face in Smash Bros. The long sword and projectiles may make it difficult to approach this intimidating fighter.

And of course, you can’t have Sephiroth without his theme song, One-Winged Angel. The classic haunting song played all throughout the trailer as Sephiroth sliced through the roster with relative ease.

If you want to jump into Super Smash Bros. Ultimate and give Sephiroth a shot, then you won’t have to wait much longer. Challenger Pack 8 with Sephiroth will release later this month.

You can find the Sephiroth reveal trailer for Super Smash Bros. Ultimate down below.

And if Sephiroth in Smash bros has you excited, then don’t forget to check out all of the other reveals from The Game Awards down below.