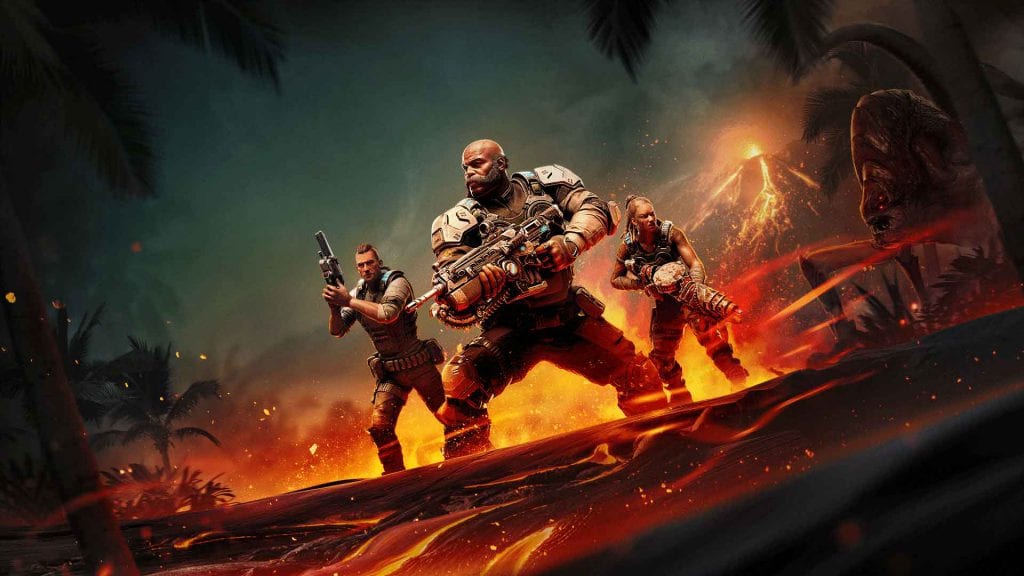 The Hivebusters expansions for Gears 5 officially revealed last week is now available alongside a title update with bug fixes and quality of life improvements.

The new story-based downloadable content focuses on the origin of the Scorpio Squad—Keegan, Lahni, and Mac—first playable in Gears 5 Escape Mode as they take down the Swarm and new enemy Wakaatu set in the Galangi islands.

The characters’ Ultimate Abilities carry over from the Escape Mode, and the Hivebusters DLC can be played up to three players in split-screen or online co-op. The DLC also features 16 new achievements with a total score of 210 Gamerscore and supports Xbox Series X|S optimizations such as quick resume and 4K HDR Ultra visuals on Series X.

The expansion is now available for $19.99 or is free for Xbox Game Pass Ultimate subscribers, which is currently on sale at three months for $1 for new subscribers.

Gears 5 also received its 12th Title Update alongside the new expansion today with a list of bug fixes and quality of life improvements for both Horde and Escape modes. The update also added the new Wakaatu enemy to the bosses list in Horde and Horde Frenzy, and changed the Iron Man mutator in Escape to allow players to simply restart the hive from the menu instead of backing out to the lobby.