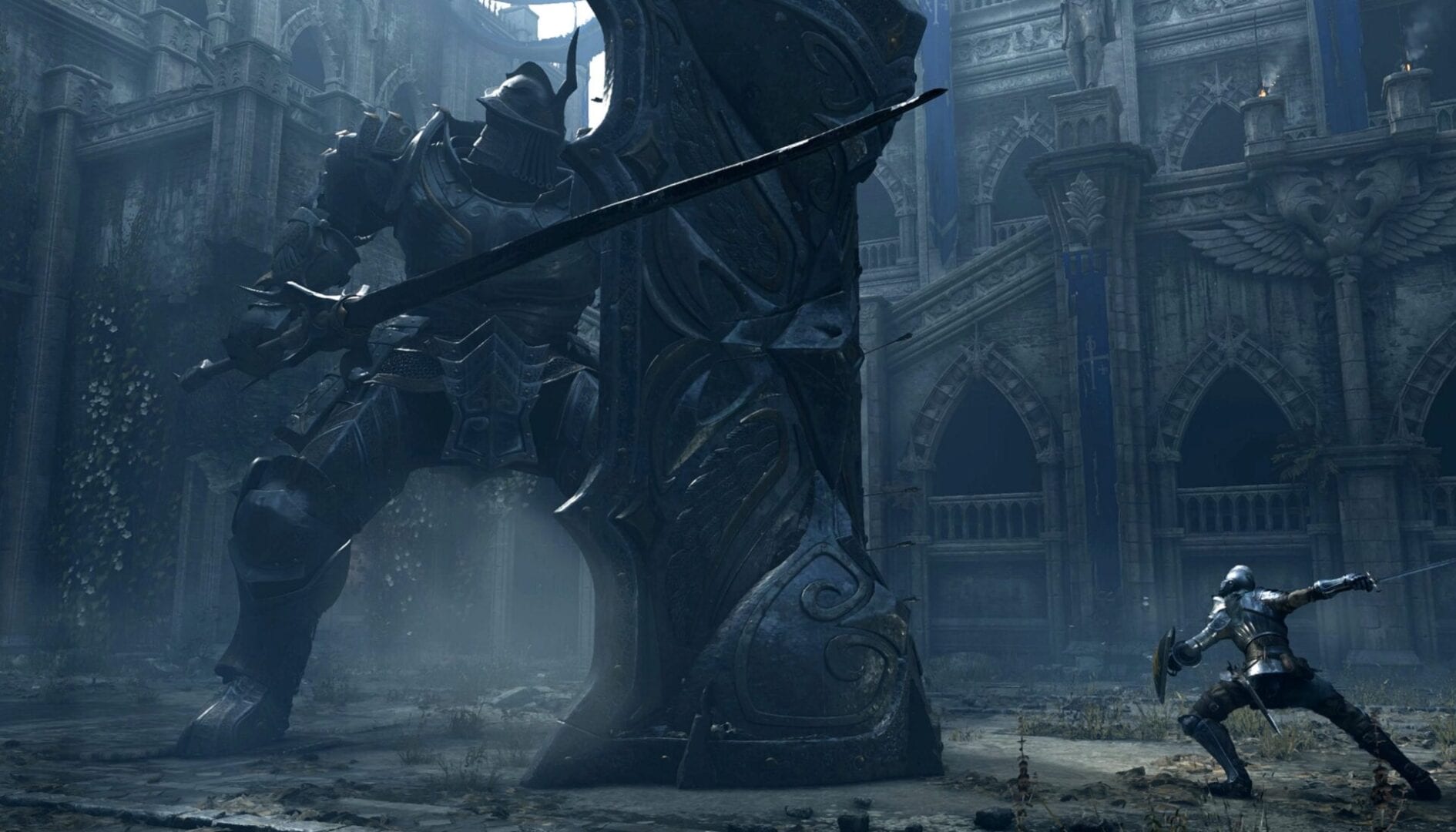 Bluepoint’s remake of Demon’s Souls launched alongside Sony’s next-gen (now current-gen) console and players quickly discovered a mysterious door that was not present in the original 2009 PS3 game. But, someone has finally cracked the code and has gone past the door.

A Twitch streamer named Distortion2 figured out that he needed to collect Ceramic Coins and then give the coins to a character named Sparkly the Crow in order to receive a Rusty Key.

Ceramic Coins are a brand-new item that was added to the Demon’s Souls remake by Bluepoint Games that features a design strikingly similar to the secret door. Distortion2 collected 30 of them, traded it to Sparkly, and then used that key to open up the door.

However, it seems that players will able to complete the trade with only 26 coins.

As for what was behind the door, it turned out to be a completely brand-new Penetrator armor set, which includes greaves, gauntlets, cuirass, and helmet. You can check out a picture of Distortion wearing the armor set down below via Psycho_Pete on Reddit.

You can also check out the Twitch clip for yourself here if you want to see the moment happen in real-time.

Demon’s Souls is now available exclusively for the PS5. If you need some help beating some of those tough bosses, here’s how to defeat the Tower Night and an explanation on World Tendency.