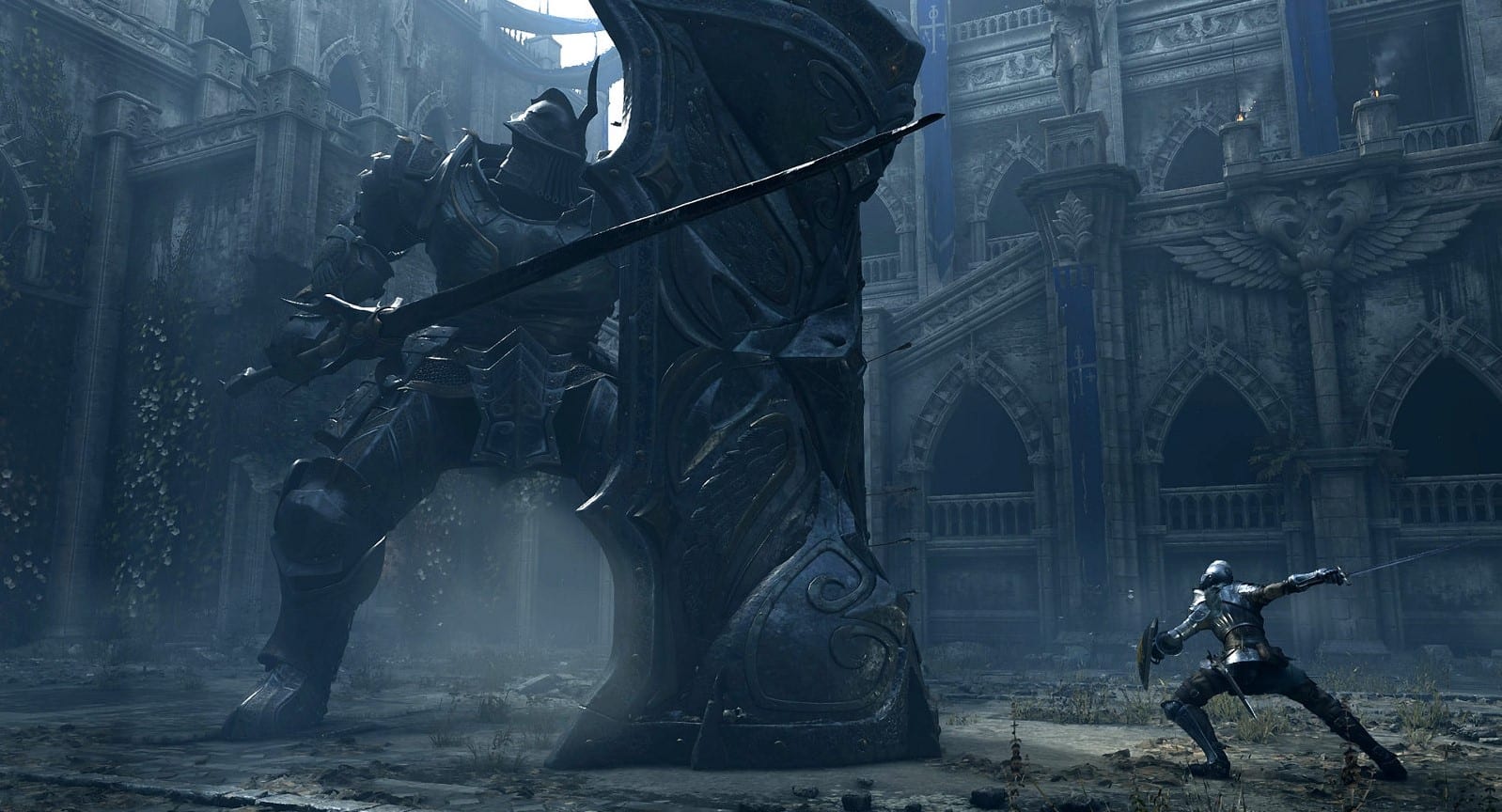 Big enemies are always intimidating. But if they have a full suit of armor and an impenetrable shield, then your chances of winning seem to drop exponentially. This boss is massive, but don’t let that get to you. Here’s everything you need to know about how to beat the Tower Knight boss fight in Demon’s Souls.

How To Beat Tower Knight Boss Fight in Demon’s Souls

After defeating Phalanx, you’ll find Tower Knight just down the road a bit. A few well-timed sprints will get you to this boss fight. Just make sure you kill the archers at the end of the path quickly or else the two Blue-Eye Knights will join in on the party and make short work of your health.

Once they’re all taken care of, you’ll see a fog door straight ahead that leads to the fight with Tower Knight. There are eight archers that you should kill first before taking on the boss. Luckily, most (six) of them are in spots where it’s very difficult for Tower Knight to hit you with projectiles.

The other archers are on two staircases. As long as you’re moving fast enough and taking them out quickly, then you shouldn’t have any issues dodging the attacks from the boss on the stairs.

Once all eight archers have been dispatched, you’ll have two different options for taking on Tower Knight. You can either do this battle using projectiles, or you can get up close to the boss. Both options are equally viable.

If you can cast spells, use a bow, or a crossbow to fire at Tower Knight from afar. What you’ll want to do is find a spot on the balconies where you can hit the boss and they can’t hit you or at least where it’s easy for you to dodge.

Having that protection is important since this method only lets you attack when Tower Knight is charging up a projectile attack. The boss will momentarily move its shield out of the way to launch an attack. This is when you’ll want to take your shot.

The balconies on either end of the arena should be safe, but you may need to move around a bit to find a spot where a wall won’t block your shot.

A more dangerous option would be to use the spots where the archers once stood. You’re more open to attacks there, but it’s easier to get a clear shot on Tower Knight and it’s still relatively easy to roll backward and dodge after attacking.

If you’re having trouble hitting this hunk of metal on the head, then just aim for the ankles until he topples over. Repeat the cycle a couple of times, heal as needed, and you should be the proud owner of a brand-new Iron Demon’s Soul.

You better get your rolls ready, because you’re going to need them for this boss. Tower Knight can be a huge nuisance if you don’t get behind them quickly enough. The lance swipe attack does a large amount of damage and knocks you down for a long time. You can usually get up in time to run away and heal, but it’s best to avoid that attack if you can.

You’ll still want to take out the archers first for this strategy. Just make sure that you actually kill each one. Sometimes archers will survive the fall to the ground and then you’ll have to worry about taking them out while running away from Tower Knight. A strong attack followed up by a weak attack usually kills the archers without hitting them to the ground.

Once those annoyances are out of the way, you can finally go toe-to-toe with Tower Knight. You’ll want to position yourself behind and slightly to the side of their legs, if possible.

There are three main attacks that Tower Knight will use while you’re in this position. One of these attacks is a simple stomp that’s easy enough to dodge. The second is a jump backward that’s also used to get away from you. And the third one is an area-of-effect attack that is easy to see coming but can take a huge chunk of your health.

The wind up for the AOE attack starts with Tower Knight raising its shield and then slamming it on the ground. This creates a blue-colored burst of energy that takes up a large amount of space around the boss.

Dodge these attacks while slashing at Tower Knight’s ankles until this giant demon falls to the ground. Just make sure you get out of the way as it falls backward. Once on the ground, use your strongest attacks on the boss’ head.

Just like with the projectile strategy, this should only take two or three cycles in order to win the boss fight against Tower Knight.

Here’s a quick summary of how to beat the Tower Knight boss fight in Demon’s Souls:

That’s all there is to know about how to beat the Tower Knight boss fight in Demon’s Souls. If you’re still stuck on Phalanx, then you can check out our boss fight guide right here. And for more Demon’s Souls guides, stick with Twinfinite.