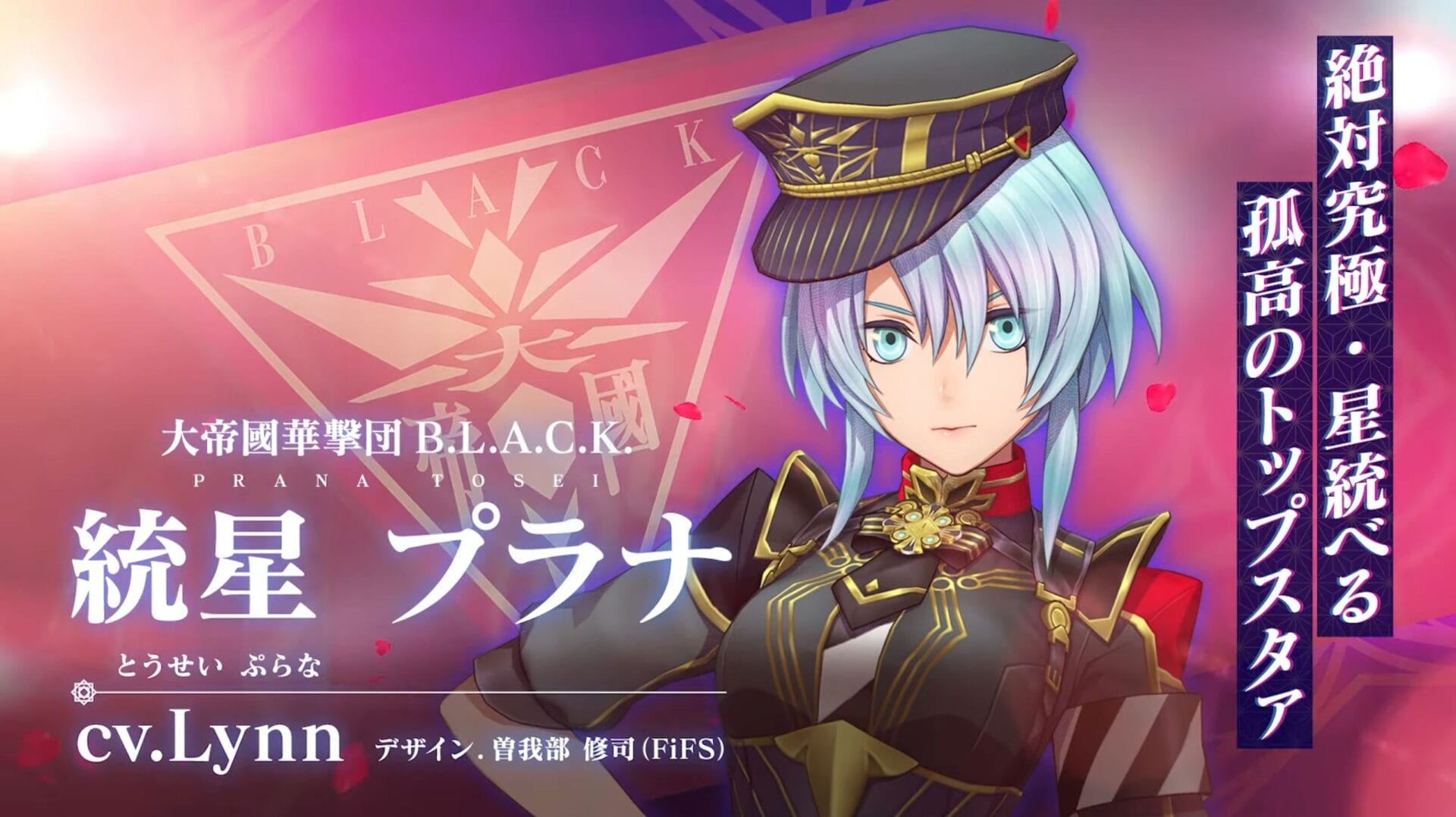 The trailer showcases the members of the rival revue, known as the “Great Imperial Revue B.L.A.C.K.” It’s a revue sanctioned by the Imperial government (unlike our heroines), and they’re super-famous among the people.

At the end of the trailer we get a part akin to the next episode preview showcasing a look at the second series of trailers which is coming soon.

As people all over the country are endangered, the government approves the formation of the Great Imperial Revue B.L.A.C.K, with the goal of both protecting the people and mesmerizing them with their live performances.

If you want to see more about the game, you can check out the announcement trailer and the prologue anime episode on top of the first gameplay trailer, another focusing on the world, another trio a few weeks ago, and two more, and another pair.