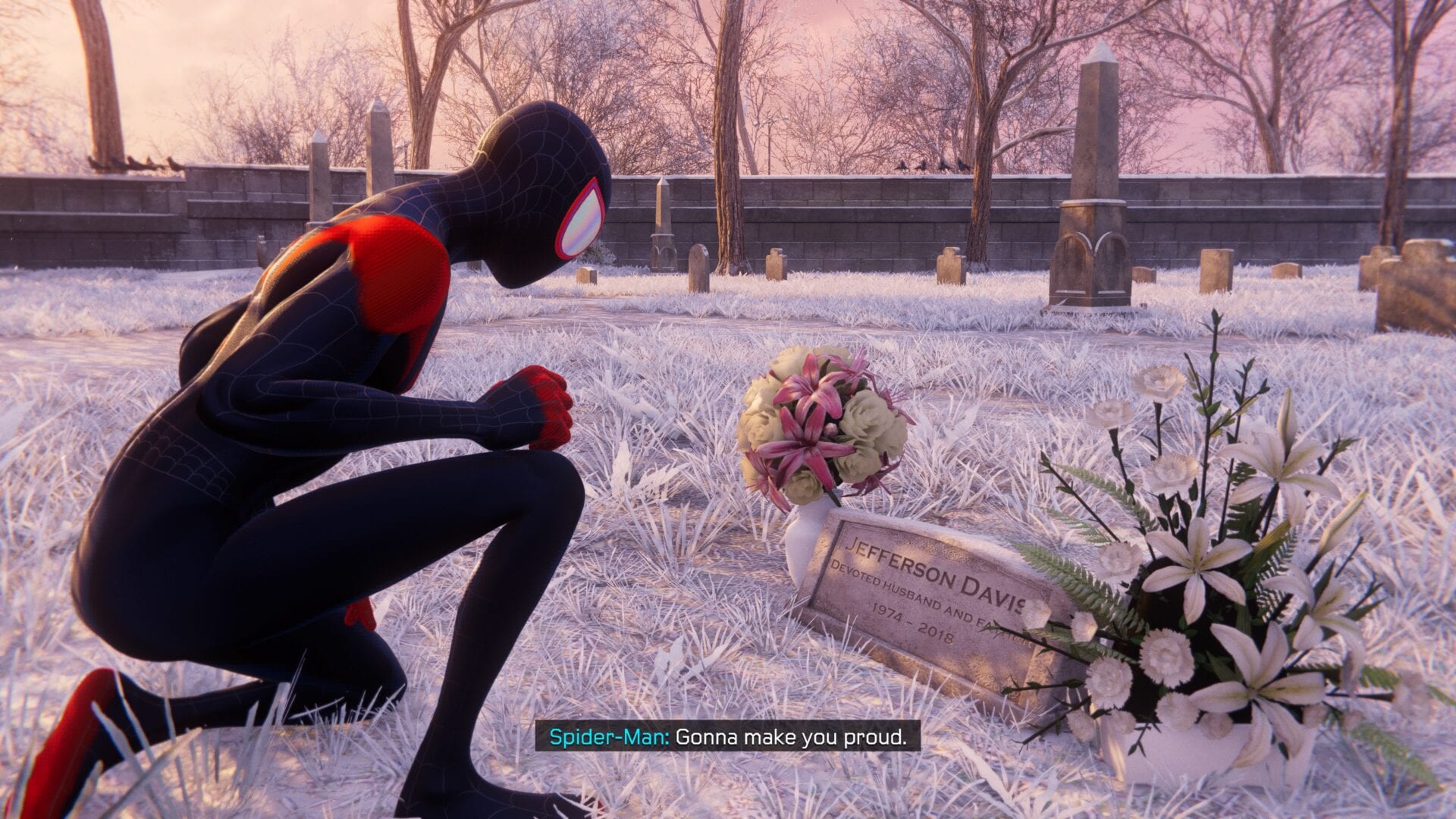 Spider-Man: Miles Morales is finally out on PS5 and PS4 and instead of the story focusing on Peter Parker, this time we’re treated to a standalone adventure that puts Miles in the forefront as he works to save Harlem from a villain known as the Tinkerer. This isn’t a big story spoiler, as it happened at the end of the 2018 Spider-Man game, but Miles’ dad, unfortunately, passed away. If you’re wondering where Jefferson Davis’ grave location is in Miles Morales to unlock the Never Give Up trophy, here’s what you need to know.

The Never Give Up trophy’s description reads: Pay respects at Jefferson Davis’ grave in Harlem. Obviously, the grave is found somewhere in Harlem but actually finding his grave can be quite the task. But luckily, we have some images to share with you that’ll totally help you out.

OK, so the cemetery is located in the northern-most section of Harlem, which you can see below. The grave itself is right where that blue arrow icon is, so set a waypoint there to find it.

If you’re still having trouble finding the right one, you can press R3 to use your Spidey senses and it’ll lightly glow orange, making it easier to spot it among the other gravestones.

There are two kinds of flowers beside it, which you can also see below for reference:

Just press triangle to interact with it and then that trophy will be yours and you will be closer to obtaining that coveted Platinum trophy you probably desire.

And that’s all you need to know about Jefferson Davis’ Grave Location in Harlem in Miles Morales. If you’re on the hunt for even more tips and tricks, you can just search Twinfinite or look down below. We have guides on hot topics such as how to get the Best Fries in Town trophy and how to use the photo mode.