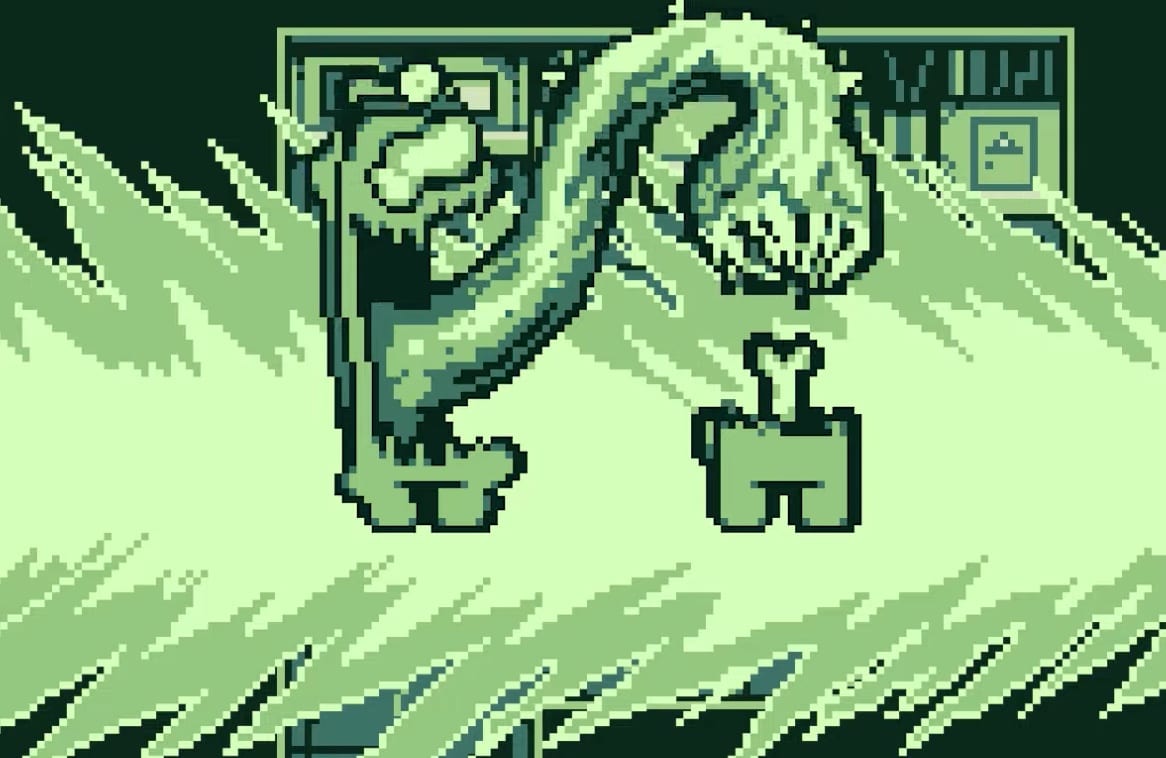 The uber-popular multiplayer title that is Among Us is currently only available to play on PC and mobile devices, but what if it wasn’t 2020 and Among Us had originally come out on the Game Boy?

An animator, streamer, and YouTuber that goes by ‘LumpyTouch’ has created an impressive pixel art animation for Among Us that shows folks what could’ve been if it was released in 1990 instead of 2018.

The Game Boy demake video can be seen down below and is quite the charming throwback. It shows off four-player multiplayer by way of the iconic link cables and even the chiptune music is very appropriate, with the tracks being taken from games with moody vibes such as Metroid II, Killer Instinct, and Alien 3.

You can even see a discussion sequence towards the end of the video that’s done through text and no voice chat, since, you know, there was no proper voice chat or online play for Nintendo’s first handheld gaming console.

Here’s the video below and you can also support Lumpy Touch via their Twitch channel and Patreon.

What did you think of the Among Us demake? Did you hate it? Did you love it? Let us know down below in the comments. And while you’re here, you can read about the new Among Us map that was recently teased or you can check out some other games similar to the hit party game that you can try with your buddies.